For the discussion of Toho produced and distributed films or shows released from 1999 to 2015.
Post Reply
127 posts

The obnoxious 2000s action movie tropes kill this movie for me.
Save All Dubs. Sub All Tohos. 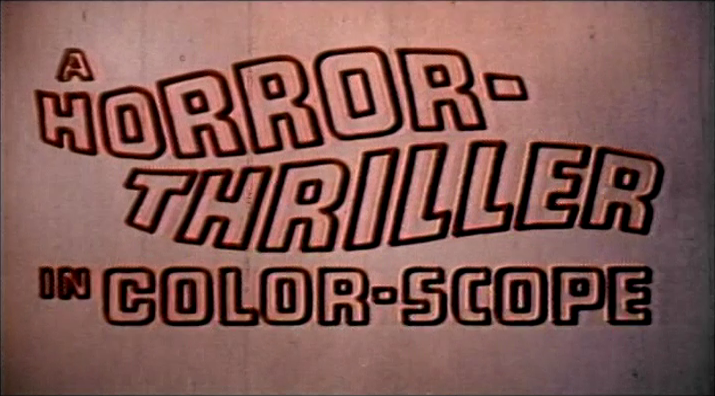 It's hard to select my opinion. Funny thing is I watched it the first time and liked it alright but was fairly indifferent towards it. The very next day I was at work and just randomly thought to myself "I actually kinda wanna watch Final Wars again". Alongside GMK FW is the only Millennium film I regularly revisit, though I should watch G2K again. I actually really enjoy the complete zaniness of GFW, especially in comparison to the complete and utter boredom and blandness that is the Tezuka "Trilogy". There's definitely a hell of a lot different I would have done with Final Wars but still the crazy cartoonishness of it all, I find it impossible not to enjoy. I enjoy FW in the way a lot of people enjoy the Sharknado films.

I just find that it's an incredibly loud movie, which makes it very hard to watch. It reminds me too much of a Michael Bay movie.

It's also pretty brainless. Kitamura said he preferred the earlier Godzilla movies partly because of their "messages" that were relevant to the world at the time. It's difficult to identify any messages or themes in GFW.

I know Kitamura was a big fan of the 70s era films. He however did not like the Heisei era from what I remember.
Rocker, paleo buff, cryptid enthusiast, Dragonball fanatic, and lover of comic book, video game, manga, & anime babes!
Follow me on Twitter, if you dare! https://twitter.com/TLK_1983

Decent movie but it has it's flaws. I still have a soft spot for Final Wars. It was my first Godzilla movie & it'll always hold a special place in my heart
We knew the world would not be the same. A few people laughed, a few people cried, most people were silent... Now, I am become Death, the destroyer of worlds." -The King Returns, 2016.

There's no "It's a terrible movie but enjoyable." option in the polls.

A bit silly and all over the place but it was still fun to watch.

GodzillaBurgh wrote:To me, this movie represents everything we love about Godzilla. The cheesiness of the 70's, the ferocity of the Showa & Heisei eras, a grand scale similar to DESTROY ALL MONSTERS, and fun characters, especially Captain Gordon, my favorite character. This movie is LIT!!!

I don't even consider FW as movie... "Neither Good nor Bad" is how I feel about it overall.

KaijuCanuck wrote:I used to hate this movie but now I understand it for what it is - just a sweet, bonkers, tribute to the Showa era.

Pretty much, yes.
Tho it's really weird to have SuperSentai-like characters and action in a Godzilla tribute...
"It started when man first stepped out of the garden of Eden and left his innocence behind."

It served its purpose. I think it was meant to be senseless fun and badassery. Which it pulled off well. Not much of a coherent plot and the acting was greatly exaggerated. But its pulled off within the action parameters of the film.
Every fan fic I've made so far http://www.tohokingdom.com/forum/viewto ... 48#p624848
My Channel: https://www.youtube.com/channel/UCDz...9FTHC6A/videos
I want Kong v Godzilla To Be like BvS but...y'know, better critically received. With Mothra filling the role of Wonder Woman and Ghidorah filling the role of Doomsday. Here's to hoping.

I love this film! It's 3 things at the same time; It's awesome, It's epic and It's funny sometimes.
"The King of Monsters That Appeared in 1954" is Godzilla!
My DeviantArt account: https://www.deviantart.com/sonic2006fan

Godzilla2004fan wrote:I love this film! It's 3 things at the same time; It's awesome, It's epic and It's funny sometimes.

I find it pretty shitty actually

Final Wars is fun for what it is, but I still view it as kind of a let down for Godzilla's 50th anniversary.

The problem (or positive of the film, depending on how you look at it) is that this feels like a the director loved Godzilla, kung fu movies, and every big American blockbuster he's ever seen like The Matrix and Star Wars, and just decided to throw it all into a blender and splatter it all on the screen.

The end result is something that is colorful, wacky, crazy, and has a high kinetic pace to it with a ton of action. Unfortunately, it feels like a bunch of entertaining segmented parts that didn't work as well when all thrown together.

The Rodan in New York scene basically illustrates everything that is great about the movie and everything wrong with it. Rodan looks awesome, and gets a huge moment of destruction to shine. It is probably the best version of Rodan we've ever seen since his original film debut back in the 50s. Unfortunately, we also got cringe inducing attempts at humor and American stereotyping with the cop, the pimp, and the homeless drunk (the cop's bad acting is just....wow), and goofy sound effects thrown in when Rodan flies over them. They just put all these things together that just don't fit and the whole film feels a little disjointed like that.

Why is Minilla in the movie? Or more specifically, what was the point of the Minilla subplot? The kid, the grandpa, and Minilla just drive around aimlessly for the whole film as if the events of the story don't impact them at all and then they just show up at the end because reasons. Why do all the monsters on Earth have the M-Base that allows the Xilleans to control them, but not Godzilla or Mothra? Why does Gigan get not one, but two completely undignified deaths? Why do the Xileans keep the officials they captured alive AND healthy and how the heck did they escape?

But for all the faults the film has, I have to say, it is certainly entertaining and clearly made with passion. I'll never accused the director of being lazy, that's for sure. For all the obvious problems, there are still those awesome moments, like the monster roll call, Godzilla going on a world wide tear, Godzilla blasting the Tri Star Zilla to shreds, and on and on. And hey, despite not being the best actor, Don Frye is a lot of fun in his role. And I love the Xiliean leader too for how wacky and cheesy he is. I definitely got a Cobra Commander vibe while watching him, lol. Also, I won't begrudge the film for bringing back so many of my favorites like Anguiras, Gigan, and Rodan (though someone is going to have to explain to me why my boy Gorosauras didn't make the cut, lol).

So I guess I'm more in the middle with Final Wars. Don't hate it, don't love it. Should have been better, but fun for what it is.

It seems like you do find enough points to make this movie enjoyable at the very least.
The way I see the movie is that it does trwas to incorporate many facets of the Godzilla saga. The good, the bad and the ugly of you may. Still, I find it a great tribute, and a fitting ending for the King of all Monsters.

P.s I believe the point of Minilla is that he represents a hopeful future for the Godzilla story. He grows up to be a benevolent Godzilla, friends with humanity. Contrary to the Godzilla Final Wars who "cannot forgive mankind". Final Goji really despises humanity. He sees mankind as a virus in the planet that needs extermination. Only his infinite love for his son, made it possible for Final Wars Godzilla to spare mankind of absolutely being eradicated. Final Wars Godzilla's love for his son is bigger than his infinite hatred of mankind.

This movie was awesome. The Godzilla of this movie looked cool and he was a champion in a fight, bulldozing every kaiju in this movie. This film also had humans characters I actually cared about as opposed to characters I just listened to until the thing I actually care about show up. All the kaiju from the past had pretty good makeovers (especially Anguirus) and Monster X is my favorite of the Millennium kaiju with his skeleton theme, impressive fighting compared to other kaiju, and especially the Keizer Ghidorah form. The fighting itself was fun to watch too from both sides.

HillyHulk wrote:All the kaiju from the past had pretty good makeovers (especially Anguirus)

Tokyo, a smoldering memorial to the unknown, an unknown which at this very moment still prevails and could at any time lash out with its terrible destruction anywhere else in the world.

HillyHulk wrote:All the kaiju from the past had pretty good makeovers (especially Anguirus)

I don't think Anguirus is the worst redesign in the film. That honor may go to Rodan, who looks a bit too humanoid for my taste. Regardless, while I don't think FW Anguirus is a great look, I kinda like it. It has a little charm too it, but I can't quite place what it is.

Of course, his 60s look is still miles away in terms of appeal and remains one of my favorite monster designs.
I can't believe that Godzilla was the only surviving member of its species, but if we continue conducting nuclear tests, it's possible that another Godzilla might appear somewhere in the world again.

GalacticPetey wrote:I don't think Anguirus is the worst redesign in the film. That honor may go to Rodan, who looks a bit too humanoid for my taste.

I have to agree with this. Most of the Final Wars designs are okay, a few are even very good or great. Rodan, on the other hand, has Batman's silhouette. He looks exactly like what he is; a guy in a rubber suit with wings and pointy ears. He's Batman.

Don't try to be a great man. Just be a man, and let history make its own judgments.

Always felt Kamacuras' redesign was the worst simply because they took away what little personality he had in the 60's. He is literally just a large praying mantis now, whereas the suit in the 60's looked so bizarre and out there that he had his own distinct look. Kind of like Kong in '33 vs. Kong in '05.

I actually like Rodan's design, but the execution of the suit on the other hand...