For the discussion of Toho DVDs, Blu-Rays, CDs, streaming services, VHS, and other formats where Toho films and soundtracks can be found.
Post Reply
44 posts

Kaiju no Kami wrote:I see no reason to bother with Universal's version now that we are going to get the real version through Criterion.

For me, its a pure "Looks cool" shelf item. I'll put it right next to my Mothra Steelbook and leave it at that.

Well I decided to reach out to FYE directly and got this response:

Hello O.Supreme,
Thanks for reaching out. This is only going to be the English version of the movie.
FYE Customer Support

Now I know some of you are thinking "That was obvious", but I've learned never to assume anything, and to find out directly form the source if possible. It didn't cost me but a minute of time to send the initial e-mail. At the very least, that steelbook is false advertising, somewhat like the Kraken BRD covers.
To all you dub preservationists, my friends, you have my eternal thanks

I picked up the FYE Exclusive King Kong vs. Godzilla steelbook today. To no one's surprise, the disc is EXACTLY the same as the previous 2014 release, even having the same 2014 copyright label on the disc and playing an ad for the now defunct UltraViolet service. When I swapped the 2014 release's disc for the disc from the steelbook, my Xbox picked up right where I had left off from the other disc. heiseigodzilla425 wrote:To no one's surprise, the disc is EXACTLY the same as the previous 2014 release, even having the same 2014 copyright label on the disc and playing an ad for the now defunct UltraViolet service. When I swapped the 2014 release's disc for the disc from the steelbook, my Xbox picked up right where I had left off from the other disc. 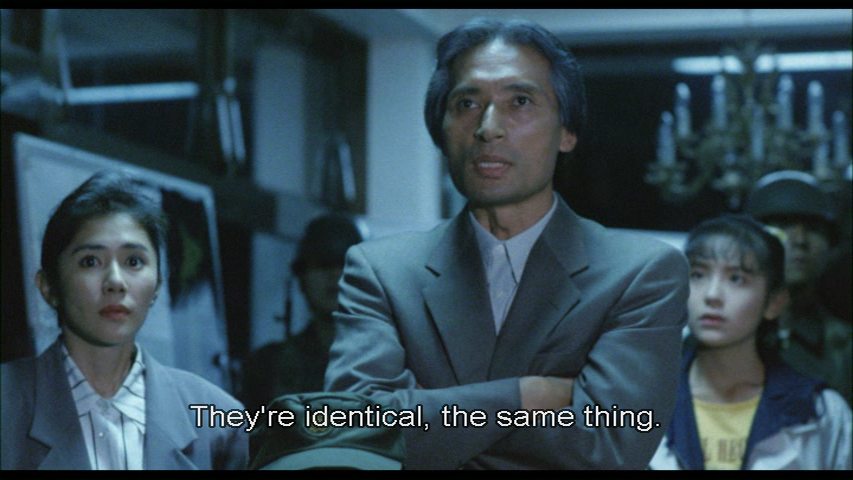 "Not brother and sister. They're both the same creature."
Last edited by Space Hunter M on Wed Sep 11, 2019 8:31 pm, edited 1 time in total.
TK's only diehard RMA King Arthur series historian
"All you did was download the ROMs anyway! You can hardly call yourself a real fan!"

At least you got a fancy box.

MIGHT put the criterion disc in that extra disc slot in the steelbook.
"We knew the world would not be the same. Few people laughed, few people cried, most people were silent."~Robert Oppenheimer

I expect this to be a tease. But, joke's on Universal, Criterion's pulling out the red carpet on the Japanese version.

"Just as you distrust us, so we distrust others as well. It's wrong. We're all human. As humans we are responsible to each other. We are related. Refuse us, and you will abandon your brothers. We must learn to help each other."
- Sakai, Godzilla vs. The Thing

GodzillaBurgh wrote:I expect this to be a tease. But, joke's on Universal, Criterion's pulling out the red carpet on the Japanese version.

Yeah, joke's on...the company that Criterion had to deal with to get the film to begin with?

^That’s how I understand it.
Save All Dubs
奴はもう一度我々のために戦ってくれる。

I'm just buying it because I had the spare change and because the Steelbook will look cool on the shelf next to my Mothra Steelbook. The disc isn't really relevant since we have the Criterion set coming.

Very odd that it has 2 disc holders but only one disc? Maybe the original intent was to include the Universal DVD of the film as well? Getting a case with 1 empty slot will feel quite amateur hour.

Added in 2 days 4 hours 48 minutes 16 seconds:
Got mine. It does indeed have two disc spots. I have to assume that the original plan was to include the DVD and Blu Ray both in the set, and they decided to just include the Blu Ray(or someone somewhere made a mistake)

Either way. It looks AWESOME and it is on the shelf next to my Mothra Steelbook. For the sake of consistency in the cases, I pulled my Classic Media DVD for Rodan and put it in with my King Kong vs Godzilla Blu Ray.

I had the exact same thought when I noticed the spot for a second disc in mine too.

Maybe I was closer to the mark than I thought when I speculated the reason the Japanese cut was being listed as a Special Feature on the Criterion set was as a maneuver to cut RKO out of the picture.

Guys, the Japanese version was never going to be included. Think about the logistics of that statement.

A retailer exclusive (a small retailer, mind you as there's only 206 locations as of this writing) packaging variant containing an entirely different cut of the film not available anywhere else in the US besides a $200 box set.

That's completely unprecedented in not just Godzilla home media history but probably all of home media history. Sure we've had retailer-exclusive special features but exclusive cuts of the film? That's maddening. Universal wouldn't waste resources on something like that if they couldn't maximize their profits by putting out a new standard edition Blu-Ray with the Japanese cut.

Will say this was a odd release date. Why not release it around GvsKongs box office debut?
"We knew the world would not be the same. Few people laughed, few people cried, most people were silent."~Robert Oppenheimer

Cookson wrote:Will say this was a odd release date. Why not release it around GvsKongs box office debut?

Because it's not a full-scale reissue; it's a retailer exclusive, and being sold through a relatively niche retailer at that. If this were a brand-new disc being produced in large numbers and sold through all the usual retailers, they might have timed it more strategically. This is something that fans are likely to be more aware of in the first place, and they'll buy it no matter when it comes out.
RED MENACE
Tumblr ★ YouTube ★ Patreon

Cookson wrote:Will say this was a odd release date. Why not release it around GvsKongs box office debut?

It is basically done to move more units of the disc they've already manufactured. It is also to just try and put the film out into circulation one last time to move units before the Criterion set makes it "obsolete"....and this Steelbook will likely be in circulation still when the marketing begins to ramp up for Godzilla vs Kong.
Last edited by Chrispy_G on Sun Sep 22, 2019 10:02 pm, edited 1 time in total.

You know the numbers has its home video sales at $747,575. I wonder if its this Universal Blu Ray that that number is based on. Accumulative sales since the DVD first hit stores in 2005?

Hard to say, considering they give no further details and don't say where they got that number.
RED MENACE
Tumblr ★ YouTube ★ Patreon

These blu-ray numbers come from the Universal Blu-ray that was released on April 1, 2014. Thank you...