For the discussion of Toho DVDs, Blu-Rays, CDs, streaming services, VHS, and other formats where Toho films and soundtracks can be found.
Post Reply
2998 posts

o.supreme wrote: ↑Fri Jun 17, 2022 4:53 pm A Heisei/Millennium set might be nice for fans that dont already own the films. But they all exist already on Blu Ray in North America. There are no alternate dubs. The only way the set could be of any value would be the inclusion of Godzilla 1985, along with RoG (Toho english dub, and the original audio of course), but Toho is never going to allow it.

True. Not a lot of variet and variation for the films.

The Heisei films get a little less discussion and analysis than the original series...so some commentaries, essays, booklets...anything of that nature for those films would be great.

The poster artwork from Ohrai are DEMANDING to he used for art cards or cover art or something.

And yeah. As a film I don't care for 85 as an alternate version, but almost purely out of respect to Raymond Burr it is worth including in some form. In his own way he fought to keep that film from being made a mockery of.

A cool case with all of them in it would be half the fun. Imagine a set that "matched" the Showa Set? Booklet, dimensions, disc count, etc....it would be a lot of fun if the stars aligned for Criterion to group all of the films up into sets under their label.
"I'm saying a prayer, George. A prayer for the whole world."
Top

Toho wouldn't let Criterion include commentaries or alternate English versions. They also did not use poster art for the their set and instead commissioned new art from various artists.

That said, why would a hypothetical Criterion Heisei set include commentaries, Ohrai poster art or "Godzilla 1985"?
Top

Criterion would never touch Heisei Godzilla. Arrow could... And I will be there if they do!
Top

Lecontinentperdu wrote: ↑Tue Jun 21, 2022 11:09 am Criterion would never touch Heisei Godzilla. Arrow could... And I will be there if they do!

Arrow couldn't give you anything the other companies who put out the Heisei series didn't.

If you have the Krakken Return of Godzilla disc, the Echo Bridge Biollante release and everything Sony put out, you have everything Criterion or Arrow would also be able to release.
Top

What the world needs is a Godzilla fan to come into power at Toho that wants to preserve as much if the Godzilla films as possible. I would love something like this.

I'd love a new set with all the showa films preserved in this way.
Mothra vs Godzilla> Gojira

Lecontinentperdu wrote: ↑Tue Jun 21, 2022 11:09 am Criterion would never touch Heisei Godzilla. Arrow could... And I will be there if they do!

Arrow couldn't give you anything the other companies who put out the Heisei series didn't.

If you have the Krakken Return of Godzilla disc, the Echo Bridge Biollante release and everything Sony put out, you have everything Criterion or Arrow would also be able to release.

That and Arrow, specifically James Flower during the promotion for the new Gamera set, said they weren't interested in dealing with Toho for anything in the future. After they hamstrung Criterion, it's no surprise really.
Last edited by UltramanGoji on Tue Jun 21, 2022 3:28 pm, edited 1 time in total.

Legion1979 wrote: ↑Tue Jun 21, 2022 2:54 pm If you have the Krakken Return of Godzilla disc, the Echo Bridge Biollante release and everything Sony put out, you have everything Criterion or Arrow would also be able to release.

Except for Destoroyah and Megaguirus being in chronological order on my movie shelf.

Sorry, for Criterion vs Arrow, I meant that as an editorial thing, not a technical thing. I know they won't, alas. I have all Heisei on DVD, tho. A nice comprehensive BD set would be neat anyway.
Top

If you have the Krakken Return of Godzilla disc, the Echo Bridge Biollante release and everything Sony put out, you have everything Criterion or Arrow would also be able to release.

Maybe, maybe not. Echo Bridge managed to secure special features previously unavailable in the US, and even Sony's Blu-rays had a few Japanese-market trailers and I think the occasional behind-the-scenes video.

Anyone expecting Arrow to bring a new 4K transfer of Spacegodzilla or Godzila 1985 can expect disappointment, but a few bonus features is believably possible. Guaranteed? Definitely not.
고질라

Be kind, for everyone you meet is fighting a hard battle. -Ian Maclaren
Top

Any bonus features would just be ported over from Japanese releases, but that's certainly not a given.

That said, I dont know why we're even having this conversation. Arrow has made it clear they're not interested in dealing with Toho and I doubt Criterion is in much of a rush to deal with their poop again either.
Last edited by Legion1979 on Thu Jun 23, 2022 4:18 pm, edited 1 time in total.
Top

My thoughts were PURELY hypothetical, I thought that was obvious. I was not saying "Oh a Criterion set would mean this this and this" I was saying that A...ANY set for the Heisei era could IN THEORY have some cool things.

Toho seemed quite accommodating when Criterion restored and released the original Godzilla film in 1954. Two versions of the film, each with their own audio commentary, and ample bonus materials. The Showa set is where they seemed to get quite restrictive.

You never know how their stance and approach might change. Heck, remember when Classic Media originally had to throw out barebones full screen DVDs and then later they were able to put out DVDs with both versions and commentary and bonus features?

All I'm saying is that Toho's approach hasn't been terribly consistent or easy to predict. It isn't like they have always had a 100% embargo on any US releases including any of the goodies we felt deprived of with the Criterion set.

Hindsight is 20/20, and all it would take is some wild new announcement of something super impressive and comprehensive release for us to go "Oh, Toho is being very cooperative with this one"

All of this discussion is purely hypothetical and 'wish list' territory. Not much of a point in pulling the "Bro even if Criterion got the rights Toho wouldn't let them do XYZ even though they let them do it for the original movie just not the rest" card.
"I'm saying a prayer, George. A prayer for the whole world."
Top

It'd just be nice to have Biollante in print again, and for anyone who hasn't purchased the Heisei/Millennium Godzilla films yet to have them in a nice box set.
Friends don't lie.
Top

Any transfer of SpaceGodzilla brings disappointment.

Daaaaaaaaamn lemme go get some aloe for that burn

Gotschiller wrote: ↑Sat Jul 09, 2022 5:28 am The only thing Singular Point related will be the new and exciting Yun Arikawa x Mei Kamino with a hint of Red Dust flavour hot sauce. Limited to 100 bottles!

I think the most important thing that could happen with the Heisei Series films in North America at this point would just be for any distributor to license Godzilla vs. Biollante, Godzilla vs. King Ghidorah and Godzilla vs. Mothra from Toho and put those movies back on the home media market with new blu-ray releases, since their prior releases all seem to be out of print. There are new Godzilla fans every year and right now those are the only three live-action Godzilla movies that new fans can't readily obtain on physical media.

Of course I'd love to get Criterion-translated subtitles for all of the Heisei and Millennium films. I don't expect Criterion to go for any of them, but then again, the strong sales for their Showa set might be encouraging.

Legion1979 wrote: ↑Tue Jun 21, 2022 2:54 pm If you have the Krakken Return of Godzilla disc, the Echo Bridge Biollante release and everything Sony put out, you have everything Criterion or Arrow would also be able to release.

Except for Destoroyah and Megaguirus being in chronological order on my movie shelf.

Weird, they're already in chronological order on my shelf. 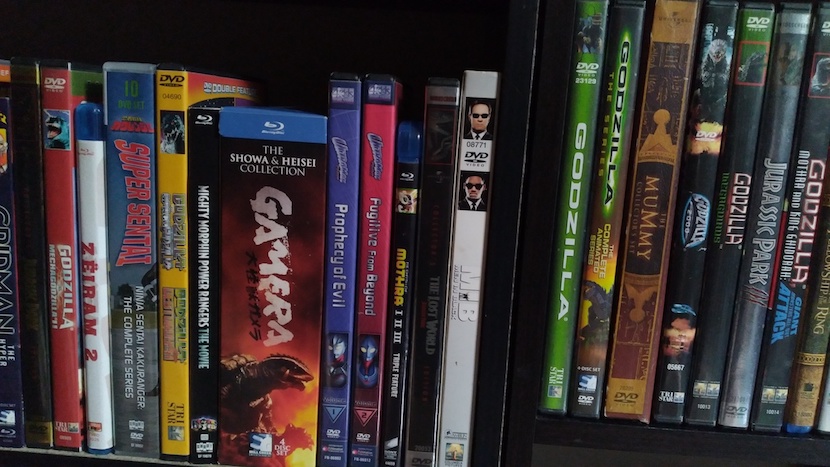 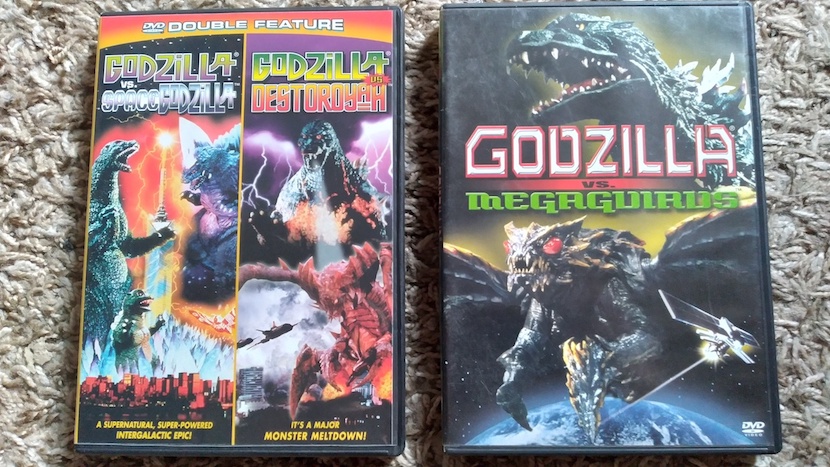 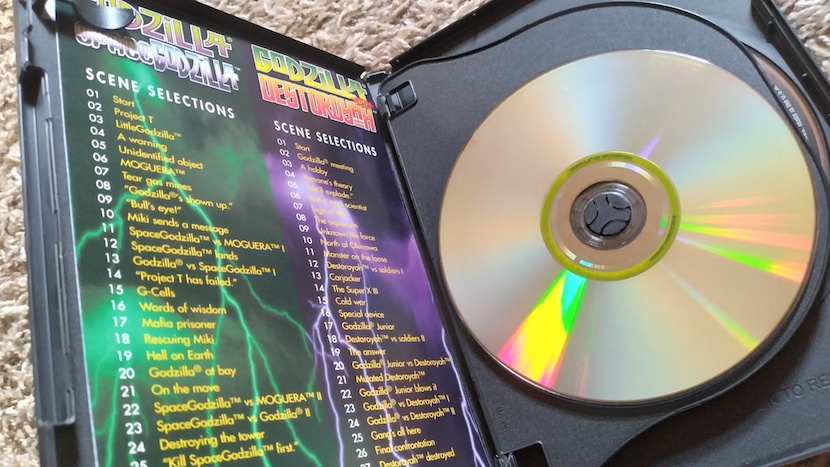 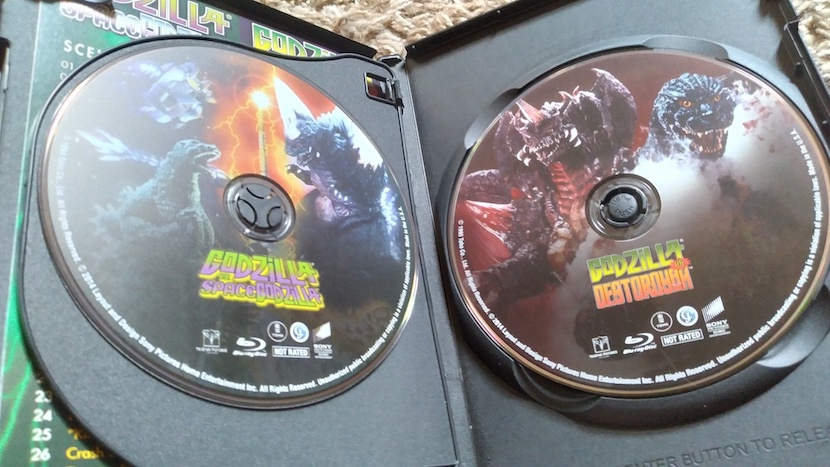 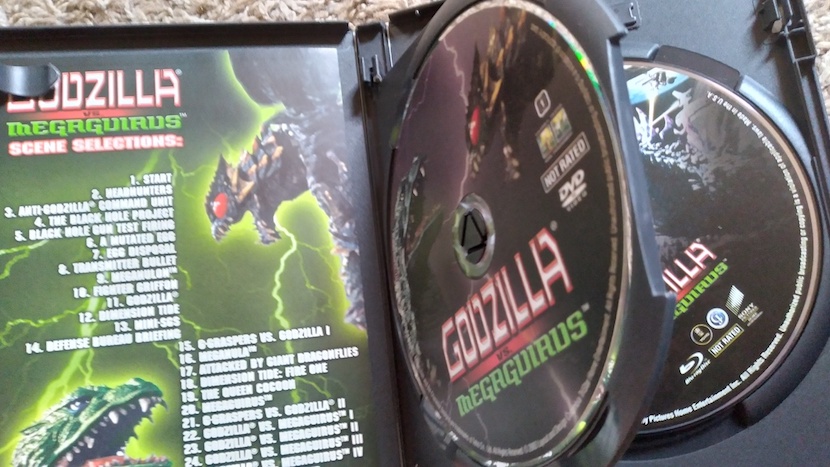 (Anyone can do this.)

The Criterion set had strong sales, but that doesn't necessarily mean a second set of somewhat newer titles that don't have the pop culture awareness of the Showa series would sell just as well or justify dealing with Toho again.
Top

Other posters have brought up an interesting and valid point. There is a reason to root for some kind of Heisei set(From anyone) beyond the (Futile) hope of improved transfers/subs/bonus content....and that is the fact that having the films in one set, that is IN PRINT, is an appealing thing for current fans and an attractive convenience for new fans.

How many people who otherwise may not have ever collected every Showa Godzilla film NOW owns them all because they were all put together on Blu Ray at a good price(for 15+ films) from a respected label?

One big purchase gave you over 1/3rd of the films in the franchise.

The entire Godzilla vintage legacy being available and in print in 3 or 4 easy-to-access collections has value beyond just the wants and needs of die-hard fans. They become easy to access, understand, and organize for new fans...easy gift ideas, easy "Sells" when pitching the series to prospective fans or interested film collectors. They get the YouTube previews, revies, unboxing vids, etc...and it breathes a new wave of life into these films on the home market.

The Heisei and Millennium films might be particularly attractive as Box Set Prospects because the Showa films have a pretty strong presence in the streaming arena(I think most are on HBOmax and the Criterion streaming platform) while, in my experience, there isn't really an easy place to find the Heisei and Millennium films to stream. I own them all so I don't need a stream, BUT a new licensing for new sets might wrap them into a streaming package or deal and it might lead to many more people having easy-access to a huge chunk of Godzilla films that are from the last 40 years.
"I'm saying a prayer, George. A prayer for the whole world."
Top

^ Lots of truth in this post. Even if we are getting subpar quality and limited extras, just having Heisei and Millennium box sets available is a complete no-brainer, especially in this age of struggling physical media. You want your Blu-rays as attractive and accessible as possible, and a bunch of jumbled two-packs is not the way to go.
"Stop wars and no more accidents. I guess that's all I can ask." -Akio
Top
Post Reply
2998 posts