For the discussion of Shin Godzilla, the Godzilla anime trilogy, Godzilla Singular Point and Toho produced and distributed films after 2015. Includes US movies financed by Toho like Detective Pikachu.
Post Reply
12 posts • Page 1 of 1

Basically what it says. What are your Pro and Con with Godzilla Singular Point

-Great redesigns for Angurius, Gabara/Sarunga, Jet Jaguar, and the other Godzilla monsters. Controversial, but I like the Rodan designs.

-Interesting and unique vibe, certainly feels mysterious and watching a slow-burn apocalypse play out from the first few episodes.

-Memorable and likeable characters, and specific moments where they do cool things

-Fantastic action, when the series wants to: Pretty much everything with JJ vs Rodan, Angurius, Kumonga and Godzilla.

-Nice structure/pace: the series has an “A”-plot of Godzilla appearing, but then many little sub-arcs within that: Rodans first attack, Sarunga and BB, Angurius, and the Kumonga, all with JJ developing. It all then concludes nicely with JJ and Godzilla. I really appreciate the balance of both.


Cons:
-A general feeling of no resolutions towards mysteries, which may or may not be explained. Where did the monsters originate? This may all clear up if/when there’s a season 2.

-Introducing a lot of cool monster designs and powers that don’t get utilized. Godzilla Terrestrius having his super-cell mutation tentacles being barely used, despite it being super cool and unique.

-Squandering/too short fights: Godzilla T vs the Big Rodan, and Godzilla vs Manda. The fights don’t need to be multi-episode bangers, but it felt ridiculously short.

-In addition to above, all the Godzilla forms should’ve been given additional screen time.

-Overreliance on borrowing iconography from previous entries, that remove some of its more unique elements. See all the borrowed imagery from Shin and the Monsterverse.

-Poor balance of action and long exposition: I like all the science stuff, and dialogue, but sometimes it feels like there’s a poor balance between the two which can make it feel less natural.

-Despite the animation being overall good, there are a few brief moments

-Bad Editing: my worst problem in the series is editing that makes it very unclear what’s actually happening. People thought that Lee didn’t die (and that whole scene was super contrived) as well as other things that could have used a few more seconds of focus on.

Segmenting things into “before the opening” and “after the opening”. A lot of Godzilla scenes happened before the opening, and then felt incessantly rushed as a result.
Last edited by LSD Jellyfish on Thu Dec 30, 2021 10:59 pm, edited 1 time in total.

Cons:
1. Godzilla was truly just a small footnote in this.
2. Too much sci-fi babble.
3. The male lead was kinda meh.
I unapologetically, wholeheartedly, and without a doubt hate Godzilla vs Kong.
Top

Con
It's really not my thing. At all.

Pro
No one says I HAVE to watch it.
Top

Animation is great with a couple exceptions

Exposition dumps are way too long and boring as hell

Wastes the animation medium with poop like text message exposition

Remaking scenes from other Godzilla entries like Shin and KoTM

Mysteries just sorta get brought up and left behind, you apparently need a guidebook to solve them which is just terrible

Things tend to happen with no explanation and it’s jarring

TLDR: the series has pretty visuals, but the writing and pacing are so jarringly bad that the series is a huge chore to sit through.

Pros:
– Good female lead character that isn't stuffed in the fridge (anime trilogy) or overly sexualized (just about every other anime ever).
– Good music, and a great revamped Godzilla march.
– The 2D animation was decent.

+ Great character designs
+ Excellent animation, both 2D and 3D
+ Some amazing kaiju designs
+ Characters that aren't boring blank slates for once
+ My favorite OST of the whole franchise
+ An intriguing story
- The middle third gets a bit sloppy, I think
- Godzilla Ultima's lower jaw will never not look bad
My YouTube Channel: https://www.youtube.com/channel/UCkvrqD ... 56sscldxTw 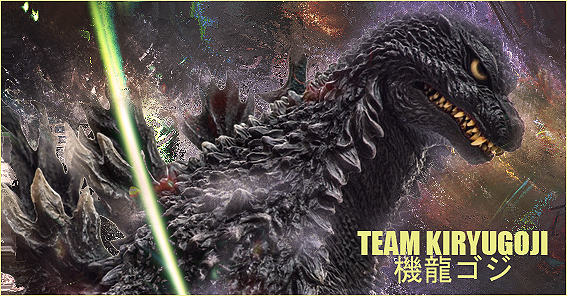 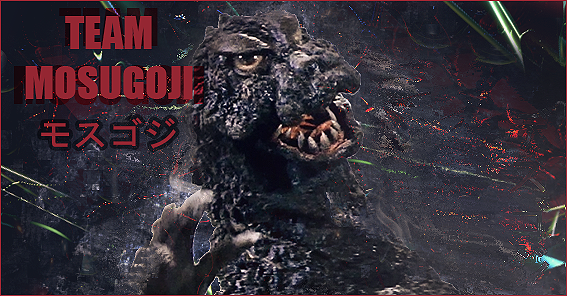 I'm not going to fully expound on the pros and cons, I largely agree with most of what has been put here, but because of who I am, I'd just like to type out one facet of the show that I am exceptionally amazed by. The treatment of Jet Jaguar.

I know I was blown away when I learned that Jet Jaguar was going to be in the series, but held my reservations that he might only make a brief cameo, maybe be the focus of an episode or two. Wow was I wrong

But not only was Jet Jaguar the center of the show, they managed to meaningfully reinvent the character in a way I never really thought imaginable. Perhaps I'm over reacting, but I really do see this show as more of a Jet Jaguar anime than full on Godzilla affair, and honestly this show really feels like it transformed the character the way "Heart of Ice" transformed mr. Freeze in BAS.

Despite my blatant love for the character, he very much is a product of its time. Prior to the anime, it seemed almost impossible to separate him from the rise of television tokusatsu and the Kyodai Hero archetype. The best any media could do in my mind would either have to double down on the character's role in the larger toku environment, almost being a meta work/pastiche (I was a big proponent of LSD's salary-man JJ prompt), or simply revel in the aesthetic absurdity the character brings in what effectively amounting to an extended cameo and nothing more (a la IDW).

And yet Singular Point not only manages to flesh out Jet Jaguar as a character, but does so with (imho) a largely successful emotional/narrative arch, and still retains core aesthetic characteristics of the character, all the while separating JJ from simply being a not Ultra hero. Hell, in the last episode they literally make the show's climax
Spoiler:
Jet Jaguar reprogramming himself to change size.
And for this, I am thankful

He Jock it Made of Steel
Top

Pros:
- Unique premise and concept that further showcases how Toho is willing to diversify the franchise these days.
- Great animation and visual style.
- Cool and unique monster redesigns/reimaginings.
- Enjoyable and diverse assortment of characters.
- Fantastic music including the best recording of the Godzilla March to date.

Cons:
- Overly complex narrative.
- Rapid/extensive dialogue that can be missed if watching subbed.
- Expansive cast means some characters end up feeling underutilized.
- Very little resolution to some of the series' set-ups, which might be remedied with a second season but as of right now this counts.

UltramanGoji wrote: ↑Wed Jan 26, 2022 5:14 pm Pros:
- Unique premise and concept that further showcases how Toho is willing to diversify the franchise these days.
- Great animation and visual style.
- Cool and unique monster redesigns/reimaginings.
- Enjoyable and diverse assortment of characters.
- Fantastic music including the best recording of the Godzilla March to date.

Cons:
- Overly complex narrative.
- Rapid/extensive dialogue that can be missed if watching subbed.
- Expansive cast means some characters end up feeling underutilized.
- Very little resolution to some of the series' set-ups, which might be remedied with a second season but as of right now this counts.

This is like 99% same as my view that I got goosebumps a little.
Top

I just rewatched the show recently so here are my thoughts on it
Pro
-The 2-D and 3-D animation I thought were great and mixed well together
-The Fights were entertaining
-The story did keeps me intrigued for me to keep on watching
-Some of the monsters redesign were interesting, and give a nice spin on them
- I mean “Salunga”… no explanation
-this Godzilla incarnation was fantastic to watch on screen
Con
- The science stuff was so confusing and very hard to understand
-Some of the redesign are very “very” questionable, like why make a design that is very similar Titanosaurus and not make that a Titanosaurus incarnation
-The some Fights scenes are too quick, like Godzilla vs Manda, that fight scenes had about 10 seconds of sceen time.
-The ending felt unfulfilled and didn’t answer the question that was given to us and if it had my little monkey brain couldn’t understand it due to how “smart” it is

The animation quality and Monster action are superb. Simply wonderful all around.

The major con is in the handling of exposition which involves a TON of mathematical technobabble.
Top
Post Reply
12 posts • Page 1 of 1