For the discussion of all fantasy matches, Toho or otherwise. To post, you must join the FM Usergroup.
Post Reply
6 posts • Page 1 of 1

Rules:
Meganulon serve as a hazard in the battlefield.

Verdict:
Godzilla pretty much outclasses Godzilla Millennium in hand-to-hand due to to raw brute strength. Also the Meganulon will be slowing Godzilla 2000 down more than it will Godzilla thanks to having higher durability. What works against GMK, however, is his energy attacks. Godzilla's atomic ray is just as destructive as Godzilla Millennium's, but the latter's is faster which will pay off hard in the end. Plus, the Inner-Radiation pulse is a very effective defense against both the Meganulon and Godzilla.

It ultimate depends on who gets the killing blow on who first, and though Godzilla will make him fight for it, Godzilla Millennium seems to be more capable of landing that attack..

Do you mean the Meganula? Cause Meganulon can only spit questionable liquids and lift men depending on the incarnation.

Otherwise, I’d probably give this fight to 2000. The one thing he has that is better than his adversary, is a really good Regeneration. Wounds sustained by GMK tend to stay as seen when he had an open wound made from an explosion fueled by his own beam, which later became a hole in his neck via drill missile. Meanwhile, 2000 was getting hit by full metal missiles, underwater mines capable of bringing down buildings, the beams of a UFO and another monster MADE of his Regenerative cells(Which also showcases its regenerative power at its maximum), and being wrapped up by an entire city blocks worth of cables. HML probably has the better strength in an up close melee fight, but 2000 is a lot more durable. Plus his spines heat up when he charges up his ray, giving him a sharper heated edge if he gets attacked from behind as well as burning off the Meganulon of they crawl onto him, or Meganuera if they try to drain him from the spines, an option GMK does not have. I’d also say that 2000 has the stronger short charge beam here, capable of blowing up half the UFO, though GMK most likely has the stronger fully charged beam.
A reminder to watch Chouseishin Gransazers.

even if we ignore the bugs on the battlefield, GMK is not going to have a fun time here. Both Godzillas are about even in terms of physical brawling prowess, by which I mean not much at all, but the real difference maker here is the potency of their beams and regen capabilities. GMK... has no regen. If a wound lands, it's staying there. G2000 on the other hand can regenerate most anything GMK throws at him, and just won't stay down for any real length of time. Then you throw in G2000 being able to withstand bunker buster strength missiles burrowing into him, and GMK is going to find a very rough time to do any meaningful damage.

Then there's the beams, and the difference is night and day. GMK's beam takes a very long time to reach levels of power that could be dangerous to G2000, and the nuke level beam is just going to take FAR too long to be applicable in a battle sense. Otherwise, his beam is simply just... there. Yeah it vaporized Mothra and killed Baragon, but given how we see Baragon turn into particles upon dying, it kinda leaves the actual power of the beam up in the air. Compare that to G2000, whose beam is very consistently shown to be highly explosive and DANGEROUS. Blasting away through rocks and the UFO, and through Orga's hide. Against GMK, it's going to likewise blast gouges through him, and old beer gut won't be enjoying that. And the bugs won't be an issue for him, because he has his own nuclear pulse to vaporize them.

TLDR, GMK and G2000 getting up close and slapping each other won't be seeing much done to the other, but once the beams start flying, GMK is going to find himself up a creek without a paddle.
Come read my latest Fanfiction: Daily Life at the Cheshire Cafe

Godzilla (1999) has the greater chance of emerging victorious for two reasons: Organizer G-1 and his Nuclear Pulse. GMK Godzilla is a powerful foe, but he doesn't have a healing factor like most Godzillas, and Millennium G's nuclear pulse is gonna skreeonk him up good. However, if GMK Goji does absorb enough of 1999 Godzilla's radiation to use his Gravitational Atomic Ray, then he might have a chance at emerging the winner--but that's a big fat might. If Godzilla (1999) survives the hit, then he's not only gonna heal but he's also gonna retaliate with that lethal atomic ray of his. And if a full hole is blown into GMK Godzilla's body, it's over.

Added in 43 seconds:
And the Meganula are just there to be target practice for both. They're no hazard here.
"I thought you were gonna say 'the only problem is that it treats a 90's Kaiju with respect!'

Ok, I have a serious inquiry regarding GMK’s beam.

I hear everyone talking about the mushroom cloud and saying how that makes it nuclear bomb level, but not’s not forget, any old explosion can make a mushroom cloud. It’s never confirmed that the town and surrounding area was completely and utterly wiped out like a nuke would have on a town of that size (unless I’m mistaken). 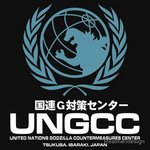 “We fight today so you can see tomorrow”
Top

Yikes! Landslide for G2K! 2K can do everything GMK can better or equally. Those Meganula aren't gonna do much with a nuclear pulse, which if the GvM Godzilla had would have made that swarm scene pointless. Their beams may or may not injure each other too badly because they both have nuclear beams but it will probably be the regeneration and pulse that will bring Godzilla his easy victory. Although I do have to add given the sheer power G2K's beam has shown to have against an unfinished clone of himself I am gonna bet it will damage GMK brutally. Even if GMK Godzilla is able to actually damage G2K Godzilla he is just gonna regenerate anyway whereas GMK was never shown to regenerate at all. G2K can just counter anything thrown at him with his own version.
Top
Post Reply
6 posts • Page 1 of 1