For the discussion of topics not already covered by the other categories.
Post Reply
504 posts

My youtube channel. Lots of gameplay videos regarding Call of Duty, Godzilla, Fallout 4 and more. Subscribe or be consumed.

If you're on PS4, we ought to play BLOPS III sometime.

I'm down. My PSN is HiveFleetTetrax.

Check it all out here at:

M.U.T.O. wrote:At this point, I have to ask. Have we devolved into absolute unbridled psychological diarrhea?

I blame Shinji Ikari for this.

On first sight through all the main topics this one seemed fitting !

On first sight through all the main topics this one seemed fitting !

Here is where advertisement goes.

Though threads for other KickStarter projects have been placed elsewhere and not moved, and I don't think this can quite be lumped into the same type of self-promotion that the above thread is focused on, so I think I'm going to get some opinions from other members of the staff before moving this thread.

Reminder that I have a dino Tumblr blog, which I have told myself to update daily now.

Not exactly "my" site so much as it's a bunch of ours but, I mod over at r/Godzilla and jumped over here since Chris from Tohokingdom jumped over to us. Figured I'd do the same.

T3h Pirates life is T3h life for me. LOLOLOL and a Bottl3 of w1n!

Decided to open a new site. The old one was starting to look dated, so I made the jump to Wordpress.

I review comics, movies, video games, and other fun things.

Making the most of every opportunity, because the days are evil. ~Ephesians 5:16 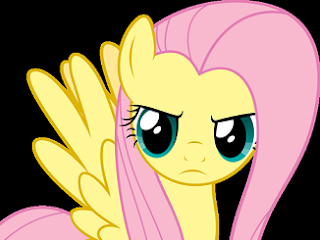 GVJ is finally getting a promotion.

"If you can't take the edge, that's okay." -KaijuX

The gist - A new group that is dedicated to personal toy photography. The aim of this project is to showcase creative shots of various figures and their brands into one convenient place. The best part is, anyone can join in and submit their pictures (Rules apply of course).
Enjoy the view and become part of the experience yourself!

http://godzillafan1954-tk.deviantart.com/
I've posted some of my own creations. I doubt anyone really cares though. But feel free to check it out! More to come later!
I don't have a signature and I never will.

In the past 8 months or so, my wife and I have posted a fair amount of material that's up on my Vimeo channel:

https://vimeo.com/user38308714/videos
Tokyo, a smoldering memorial to the unknown, an unknown which at this very moment still prevails and could at any time lash out with its terrible destruction anywhere else in the world.

To coincide with Figuarena, I will start doing toy reviews (seriously) soon.
More in the video below:
TK's Jojo. It's MUDA.

Voat.co - a Reddit expy with less moderation, etc. - has it's own Godzilla forum!

It'd be cool to see it a bit more active.

I've got a large music project that some of you may be interested in. Valrknut Productions is my own record label/brand. Under it, I have a work-in-progress studio of the same name, as well as my folk metal band Anundshög, and the solo/collaborative projects Necrotizer (doom metal), Robocat Apocalypse (industrial/experimental), and The Bard (European folk).

I hope to get a website up and running next year maybe, but for now I have a Facebook page as the hub. I also have a Soundcloud account as well as getting into a more active routine for uploading on YouTube.

Anundshög and The Bard don't have pages yet, but I thought I'd link Necrotizer's and Robocat's pages as well. I post more project-specific stuff to them, while Valrknut Productions simply serves as the flagship.

Additionally, the Valrknut Productions image in my signature will take you to the Facebook page.

***
Also, I'd like to promote Kaiju Galaxy, a forum which I am an admin of. I'm working on getting more activity since the site's been in the doldrums for a while. If you're creative-minded and have the time, I'd suggest checking it out and posting. I'm looking to get a fan-made kaiju tournament going in September. We were forced to skip over last year due to lack of interest. We've also got a classic kaiju tournament finishing up, so you can vote in that as well. Link is in my signature.

Click the image to join Kaiju Galaxy 2.0! Along with standard kaiju and tokusatsu discussion, we're a hub for fan creativity!

Check out my new Godzilla and Kaiju related Podcast, Kaiju Transmissions! My co-host Byrd and I hope to bring you news, behind the scenes pics, toy reviews, and some other cool stuff. You'll also get to listen to me hilariously (and unintentionally) butcher various Japanese names (and some English ones!)...plus we just have a jolly old time. Like our Facebook page - we appreciate the support!

This is far from my forum but it should be here.

Check out AVP-Galaxy, the Alien and Predators version of TK complete with their own main site airing regular pod casts, interviews, articles, news, downloads, bios, films, comics and games and much more.

And for those of us that favor a certain franchise there is a over 1000 page thread for Godzilla. Join now.