For the discussion of Toho toys, models, figures and other collectibles of this nature.
Post Reply
263 posts

I didn't see a thread on this so I figured I would start one. If there is one that i missed feel free to merge. I'm making this thread because not only is the Jakks Pacific Godzilla figure from "Godzilla (2014) figure a very popular toy in among the fandom but also because they are now coming back officially for "Godzilla: King Of The Monsters" and I would imagine "Godzilla vs Kong" as well so it's good to help keep fans up to date and informed. Hopefully we will see stuff at Toy Fair 2019! 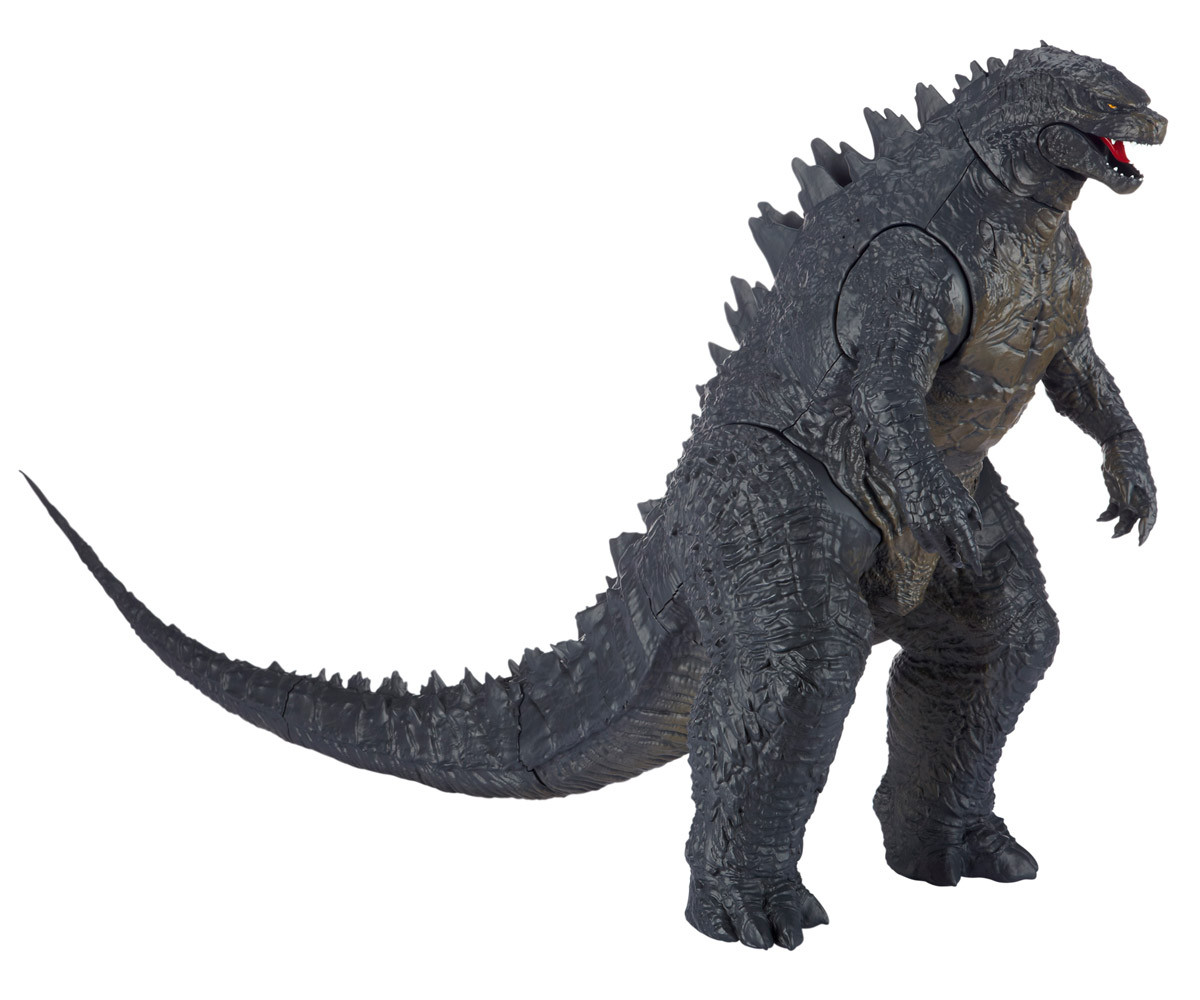 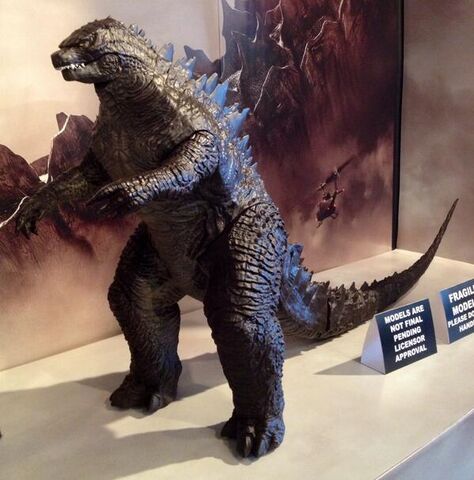 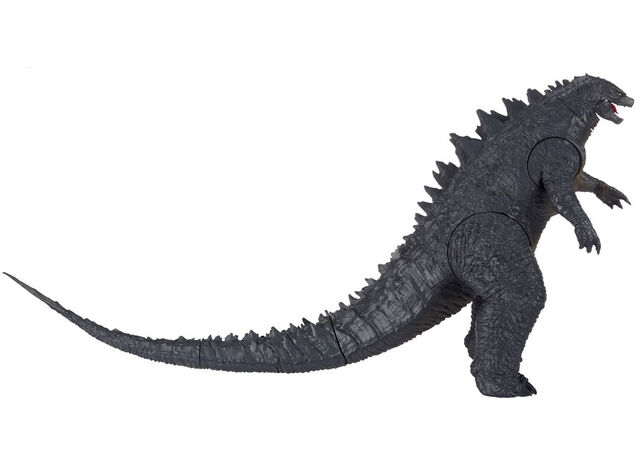 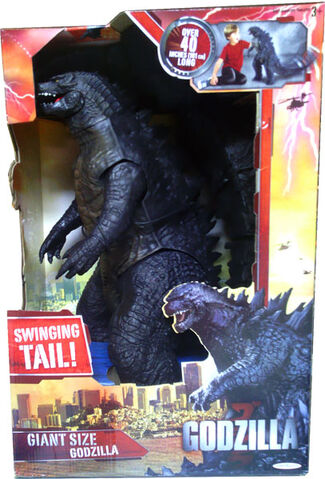 Jakks Pacific is back for Godzilla: King Of The Monsters!!!

Jakks To Unite Again With GODZILLA, As "GODZILLA: King of the Monsters" Is Confirmed To Be In Company's 2019 Toy/Merchandise Releases

In a interview with Toy World released within"Toy World November 2018", UK Senior Marketing Director Ken Goodison of Jakks, in a preview discussion of the company's upcoming 2019 toy and merchandise releases, confirmed that Jakks will be handling 'GODZILLA: King of the Monsters' , with products aimed to storm the toy and collector's market!

NECA, Rubie's Costume Company, Tamashii Nations, and now Jakks, are all sitting around the 'GODZILLA: King of the Monsters' merch table. Waiting on you next Bandai to complete the circle!

Hope they go back and retroactively do Skull Island Toys. The lanyard ones were ok....but not what I wanted.
"Monsters are tragic beings. They are born too tall, too strong, too heavy. They are not evil by choice. That is their tragedy. They do not attack people because they want to, but because of their size and strength, mankind has no other choice but to defend himself. After several stories such as this, people end up having a kind of affection for the monsters. They end up caring about them." - Ishiro Honda

Mr. Yellow wrote:Hope they go back and retroactively do Skull Island Toys. The lanyard ones were ok....but not what I wanted.

I'm assuming they'll do the new King Ghidorah as well? Now that would be a great skreeonking thing to display your dominance with

That actually be awesome if they do Rodan and Ghidorah. Actually a new Godzilla would likely be a huge improvement over the last one. Not that the previous figure was bad.
Rocker, paleo buff, cryptid enthusiast, Dragonball fanatic, and lover of comic book, video game, manga, & anime babes!
Follow me on Twitter, if you dare! https://twitter.com/TLK_1983

I'm hoping for big ass city destruction playsets, like the ones from Trendmasters or Bandai America.
"Just as you distrust us, so we distrust others as well. It's wrong. We're all human. As humans we are responsible to each other. We are related. Refuse us, and you will abandon your brothers. We must learn to help each other."
- Sakai, Godzilla vs. The Thing

*dies from a heart attack*

Hey! Don't die just yet! You still gotta by the figures!

MrRockett wrote:Late to this quote but if that turd burglar ever even made any threatening comments to me I’d find him and hammer him through the floor, go to the kitchen and have his mom make me lunch then set her up on a date with some Hells Angels so she doesn’t have to endure the shame that came out of her womb on YouTube...

Still have the Big ol' Jakks Zilla/ Planning on moving it to storage - but hey, doesn't mean I would get more

A giant Ghidorah would be amazing!!! It would probably be a great companion piece for the Shogun Warriors Godzilla and Rodan.

I found this while looking through Ebay. A lot of Italian sellers have been posting preorders for these.

If that's real then its basically the same exact sculpt but with different spines and probably feet. Though if that is legit the spines are 1000x better than the last one.
Rocker, paleo buff, cryptid enthusiast, Dragonball fanatic, and lover of comic book, video game, manga, & anime babes!
Follow me on Twitter, if you dare! https://twitter.com/TLK_1983

Wow, missed this. That packaging for the Godzilla looks good and the spines do not seem fake. Interesting! I never did get the big Jakks from the first movie so I'll gladly get this one!
ULTRAZILLA TOYS
Latest Godzilla review: Playmates SpaceGodzilla: https://www.youtube.com/watch?v=JOUsxc3mJa0

The image is broken on both of the devices that I have tried. Anybody have a link?
Check out my YouTube channel Fermix Gaming for Overwatch gameplay and commentary!

Fermix wrote:The image is broken on both of the devices that I have tried. Anybody have a link?

Fermix wrote:The image is broken on both of the devices that I have tried. Anybody have a link?

Thanks!
Check out my YouTube channel Fermix Gaming for Overwatch gameplay and commentary!

No idea if that's legit or not but it looks nice.
Last edited by Chris55 on Thu Jan 10, 2019 11:30 am, edited 1 time in total.
Your misconceptions and fantasies along with your misguided sense of entitlement don't dictate my actions.

Please make figures of the other Kaiju!!

Looks excellent. Hope to see the other kaiju soon, and maybe some gimmicky figures too.

That image looks suspiciously like a photoshopped NECA 24" figure to me.