For the discussion of Toho toys, models, figures and other collectibles of this nature.
Post Reply
4593 posts

Loving the ferocity of the face sculpt on the Bandai MMS Vinyl Kong. 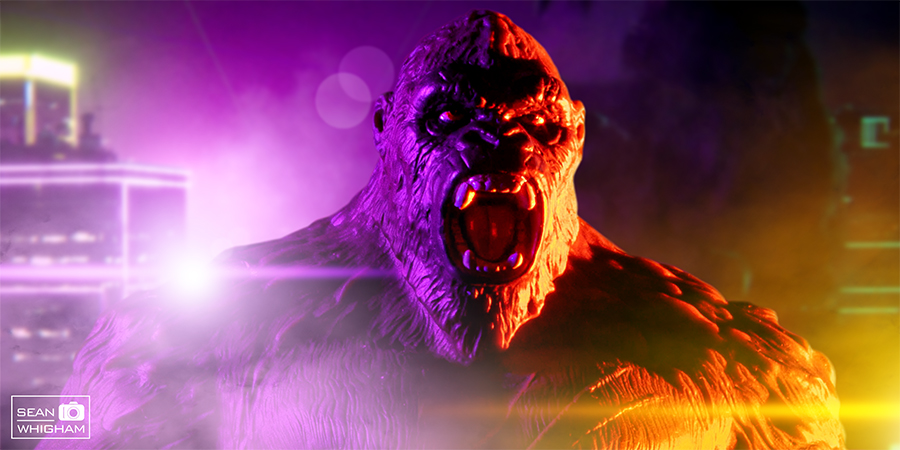 Very nice! Reminds me that I need to try to grab that one soon.

I have a feeling they might be announced when the characters appear in the show; as far as I know, Anguirus and Manda haven't popped up in it yet.

I certainly hope they make a few more beyond those guys, too. Rodan's design has grown on me a bit, surprisingly. Might be too much paint for Bandai though...
Top 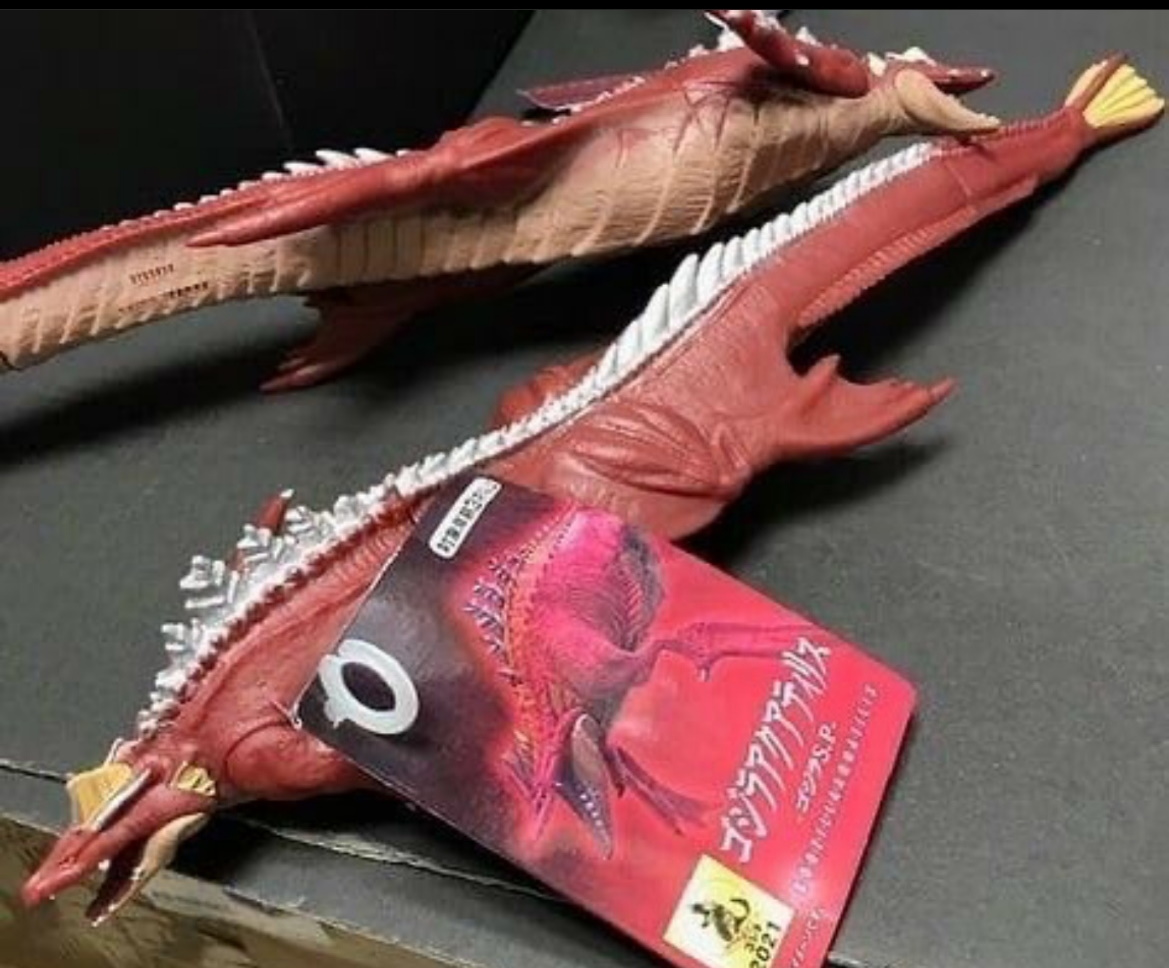 Apparently this is actually not Titanosaurus, its a new kaiju called Aqualitis (according to the instagram desc)

Apparently this is actually not Titanosaurus, its a new kaiju called Aqualitis (according to the instagram desc)

Well poop. I and many others were very wrong.

SoggyNoodles2016 wrote: Imagine being such a piece of poop you think someone should slowly suffer and die because they're making it harder for you to buy children's dinosaur toys.

That looks so good for a Bandai figure! 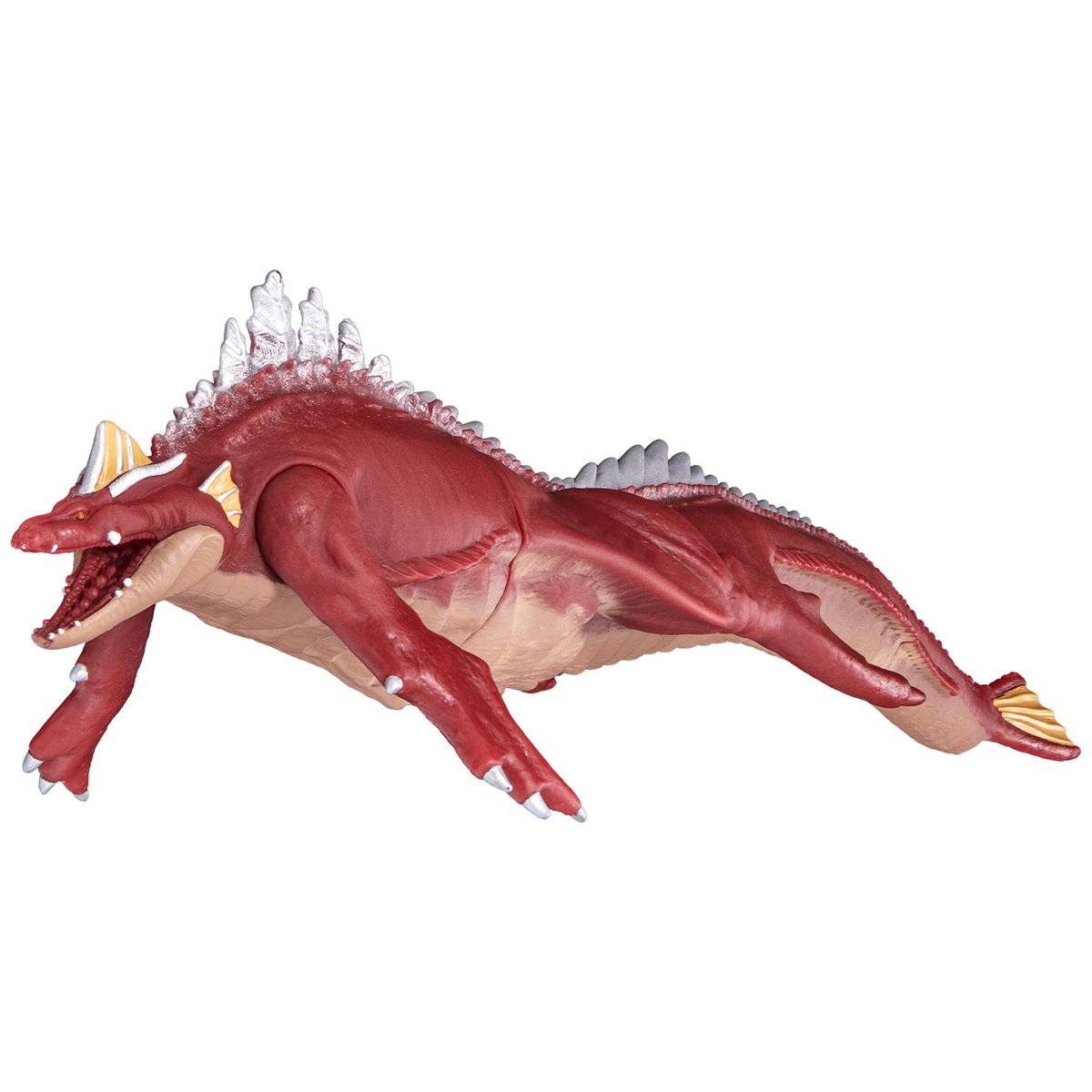 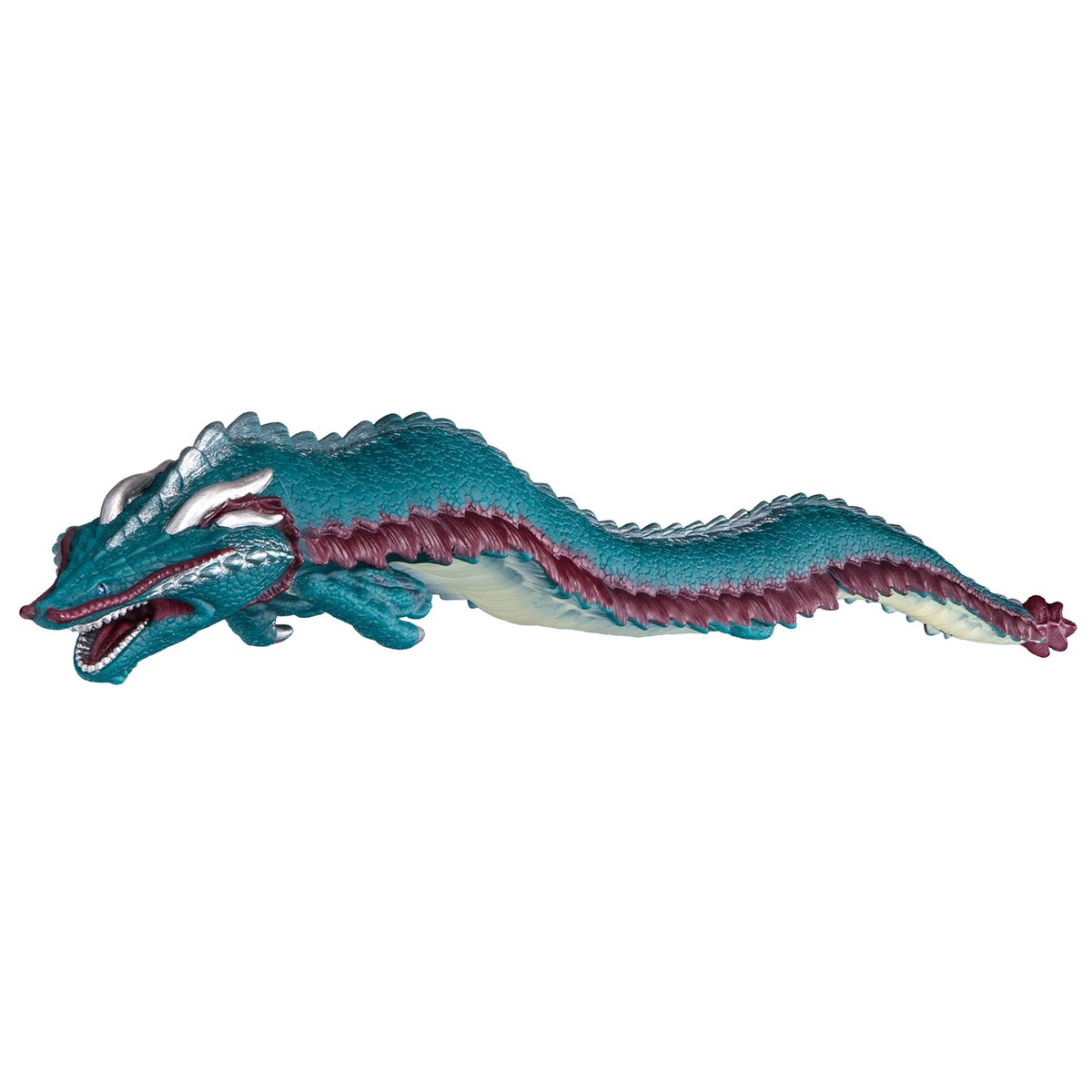 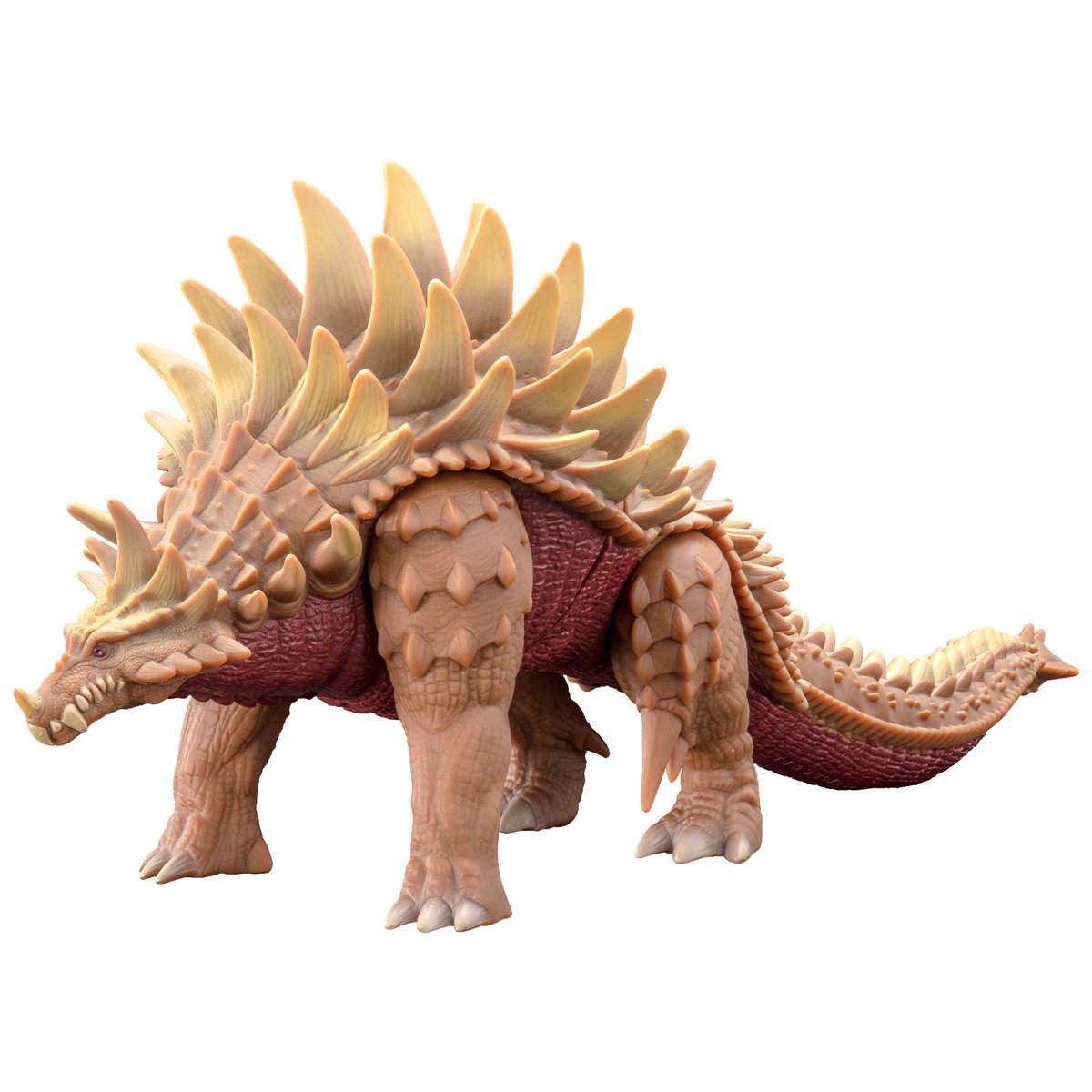 They look pretty good! I will get them all!

I was right when i thought that that kaiju wasn't titano afterall.
Top

Kinda disappointed it's not a Titano but I'll warm up to it once i see it more. Dope design either way. Will try and pick up the figure, I reckon
Praise Gabara.

"I still don't know where to find happiness. But I'll continue to think about whether it's good to be here... whether it was good to have been born. But in the end, it's just realizing the obvious over and over again. Because I am myself."

I had a feeling that wasn't Titanosaurus. Some of the designs are out there, but that one seemed a bit too far out there to be him... Still, the heavy Titanosaurus influence for a character who is not Titanosaurus is curious.

Have to say, the figures look pretty damn good. Anguirus looks better than I initially thought. Very big, too. And I appreciate how soon they're being released as well instead of having to wait months after reveal. Overall, great stuff, and I shall be getting them all in due time.

I hope that leaked list wasn't all they're making for the series. Keep 'em coming, Bandai! They're awesome!
Top

I think These Godzilla Singular Point figures are looking great. I really like the Anguirus figure.
Top

I can see why some might not like Manda but he is still heavily inspired by Asian dragons and Japanese mythology. Reminds me of something like Gyarados from Pokemon.
Rocker, paleo buff, cryptid enthusiast, Dragonball fanatic, and lover of comic book, video game, manga, & anime babes!
Follow me on Twitter, if you dare! https://twitter.com/TLK_1983

Tyrant_Lizard_King wrote: ↑Thu Apr 15, 2021 12:54 pm I can see why some might not like Manda but he is still heavily inspired by Asian dragons and Japanese mythology. Reminds me of something like Gyarados from Pokemon.

I guess the reason for the hate is the fact he isn't just a straight up generic eastern dragon now, but that's the exact reason I like him. Plus, I have a big interest in marine/aquatic biology and he really reminds me of things like sturgeons, lobsters and one of my fav animals, the bobbit worm.

You guys are lucky I didn't design him. Trust me. You'd have an even wormier Manda.

Godzilla Aquatalis gets released on the 17th, and Anguruius and Manda the following week. I'm gonna get them and all the Godzillaban figures at once.

I should be getting Legion tomorrow and Gyaos a few days later. I'm pretty excited to get them. I don't know whether to really expect Iris to come out in the next few years or so, because of his tentacles and things... modern Bandai cut costs a lot, like how on the new Biollante they reduced two of the tendrils to coiled up heaps (although they still look pretty good like that).

I still have yet to go for any of the SP figures. They're all so expensive on Ebay, and I just don't have the funds to order them from HLJ.

Sounds like a new Megalon is coming to go with the Premium JJ in July.
Top

Yeah it wouldn’t be hard to retool the ‘74/‘75 sculpt they’ve already got...
“Always try to be nice, but never fail to be kind.”
~The Doctor
Top


Agreed but they always come in 2's Frank with Baragon, 2 sets of Mecha G to complete transformation. It makes a lot of sense.
Top

Wait, is this gonna be a Bandai Premium Megalon? Hrm... I was thinking of a regular MMS release. But I suppose premium makes more sense to go with the premium JJ.
“Always try to be nice, but never fail to be kind.”
~The Doctor
Top

Megalon will be a MMS figure not Premium.
Top
Post Reply
4593 posts