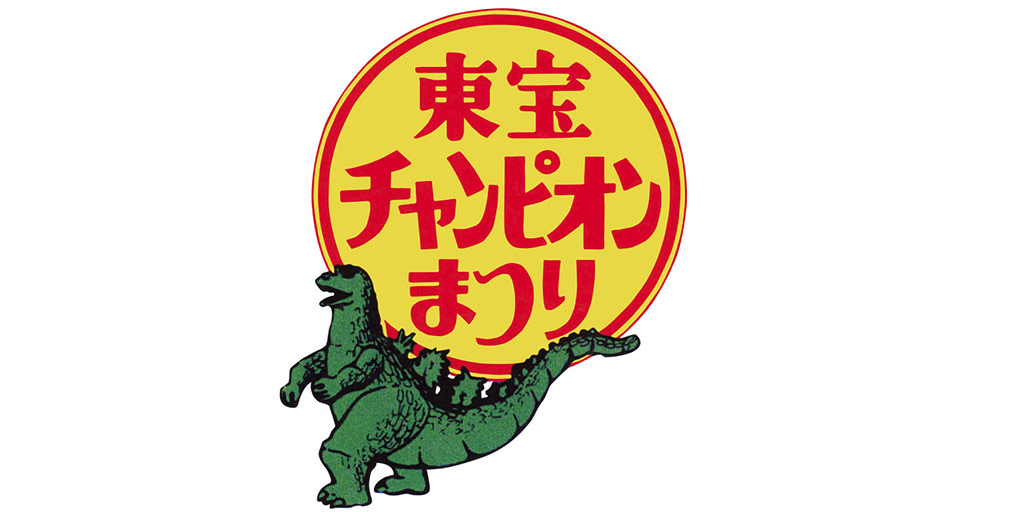 In the late 1960’s the Japanese film industry was in decline. The “Golden Age of Japanese Cinema” had now passed and Toho, like other studios, was struggling to produce a plan for success in the wake of many theaters in the country closing and the advent of television, an occurrence that bankrupt competitor Daiei a few years later.

Looking at other studios, Toho adopted a plan by copying Toei’s “Manga Festival”. Aimed at children, the “Manga Festival” was a 1-3 times a year occurrence that packaged a lot of cartoons together, giving the customer a lot of value with the opportunity for an almost all-day activity. Taking this model, Toho adapted it, replacing the cartoon focus and instead centering it on their most popular character: Godzilla and the kaiju genre. 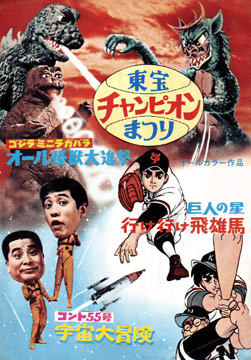 In 1969, the Toho Champion Festival (東宝チャンピオンまつり, also known as the Toho Champion Matsuri) was born. The company had effectively upped the anti, including a new, full length Godzilla film with All Monsters Attack (1969) alongside a new comedy set in outer space, Konto 55: Grand Outer Space Adventure (1969), and topped it off with an Anime on the popular Star of the Giants series: Star of the Giants: Go Hyuma! (1969). The Champion Festival was an immediate hit and Toho adopted the three times a year approach of the “Manga Festival”, selecting Spring, Summer and Winter as their platforms to feature programming when children would be on break from school.

To fill up the schedule, since Toho couldn’t afford the resources to produce three headlining kaiju films a year, they started re-releasing their classic library. The first of these, and most controversial, was King Kong vs. Godzilla (1962) in 1970. To appeal to children and fit better in the program, the longer films were edited down. The problem is, at least for their first attempt, Toho edited the original negative master to produce the “Champion Festival” version. Although the ramifications couldn’t have been known at the time, they created a dilemma decades later when the company went to release King Kong vs. Godzilla (1962) on home video and lacked an unedited source to use, having to resort to prints in subpar quality to fill in the edited segments. This is a dilemma that has persisted even today, more than 40 years after the original editing was done.

Despite later day ramifications, the re-release strategy was a hit. During the “Champion Festival”, the company would release or re-release all of their Showa Godzilla films except Godzilla (1954) and Godzilla Raids Again (1955). All of them were edited down, and this went for the non-Godzilla films as well such as King Kong Escapes (1967). Some of the films were given new titles that emphasized the Godzilla connection, for example Invasion of Astro-Monster (1965)’s Japanese title of Great Monster War became Great Monster War: King Ghidorah vs. Godzilla.

TV and the festival’s decline

Oddly enough, to help fill the schedule as the years went on, Toho started picking up the distribution rights for TV episodes. This added characters like Ultraman and Mirror Man to the mix, who had TV episodes given a theatrical release alongside Godzilla films. While this might seem like an odd strategy, given the point of the “Champion Festival” was to combat television programming from keeping people away from the theaters, it paid off as Toho created 35mm prints that showed the programs up on the big screen and in color, which when compared to the small, black and white screens that most people owned at the time made this appealing enough when coupled with a theatrical film to bring in fans of the original show.

Sadly, by 1974 the “Champion Festival” format had started to show signs of slowing down. That year the “Summer” session was cut and the “Winter” session tried something new, attempting to appeal to both children and adults with the triple feature Latitude Zero (1969), Mothra (1961) and the documentary Burning Glory: Shigeo Nagashima, Uniform Number 3 (1974). By 1975, the Festival was just run in the Spring.

In 1976, Toho shook things up by teaming with Disney to make Walt Disney’s Peter Pan the headlining movie of the “Champion Festival” that year alongside other Disney shorts. This marked the only time in the festival’s run that a kaiju film wasn’t played and also the only time that movies from outside of Japan were included. In 1977 Toho re-released King Kong vs. Godzilla (1962) again, being the only film to be included twice in the festival, but attendance was down to almost half what it was back in 1970 when it was first featured. 1978 marked the final chapter in the “Champion Festival”, with a re-release of The Mysterians (1957).

Below is a list of all the films and shorts included in Champion Festival, grouped together as they were for their original release. The festivals would run for set periods of time. The duration of play would vary, for example Space Amoeba (1970) ran for August 1st through August 13th (although some theaters likely kept playing it after this period), and sometimes advertised start dates would conflict with the actual start date, such as the 1973 re-release of Son of Godzilla (1967) which started on August 1st but was marketed for July 28th.

Some films and shorts are missing and will be added at a later date. 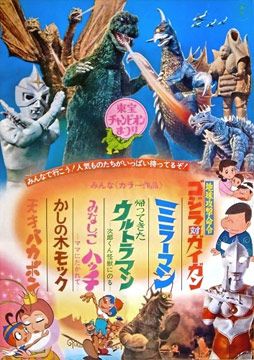 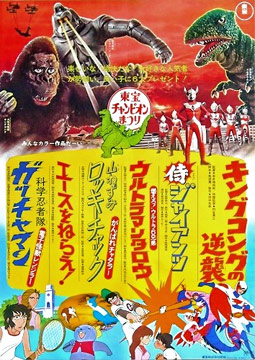 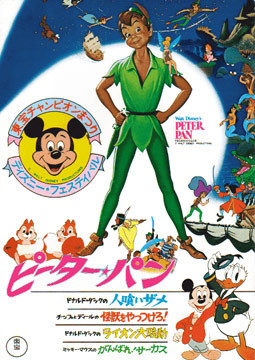