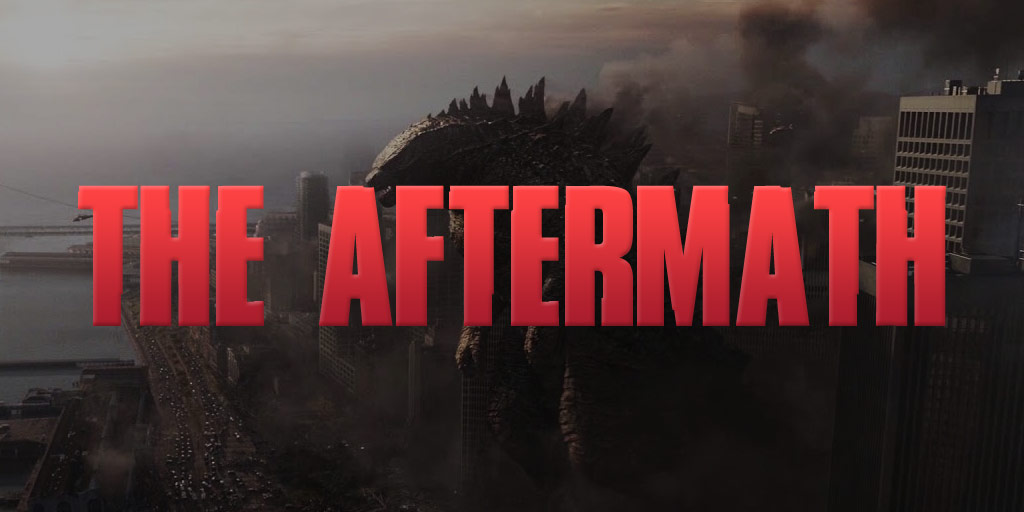 The Aftermath is, among other things, an attempt to look at the inner psyche of those affected by giant monsters disrupting the lives of the people of the world and the people’s various reactions. Part of this idea came from the Godzilla 2014 film (in which this film’s timeline is based), and also the film “Ghidorah, The Three Headed Monster” – the key scene in which the villagers are reacting to their homes being destroyed during the monster battle (1:28:41).
Written in May 2018 and filmed in early June 2018, while on a much-needed break from the day to day, nonstop work on Godzilla Total Destruction, the film was given a light edit and then shelved until this year when it was given a more thorough edit, which is what’s presented here.
In this film, the young woman is residing in her, now largely deceased, family’s home in San Francisco, and the glitch effect that is shown intermittently is meant to symbolize damage to the recording by the lingering effects of radiation left over by Godzilla and the MUTOS. The film isn’t intended to be of the “found footage” variety but more of a damaged email sent from the young woman to her mother in the hopes that her mother will one day see it. Special note to Shelby Cobb in her brilliant performance – it was a real pleasure working with her!
Footage from “Godzilla” ©Legendary Pictures Godzilla ©Toho