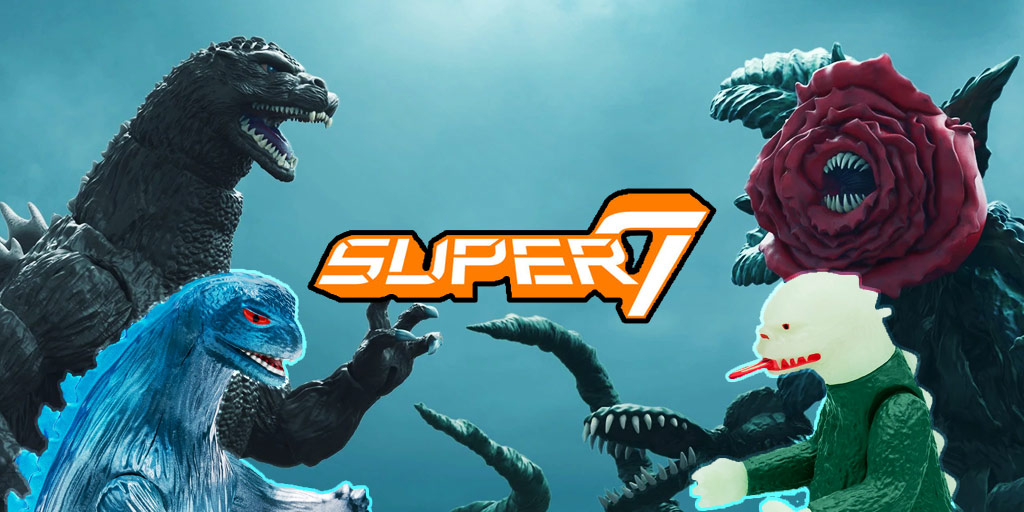 From their “ReAction” line to their “ULTIMATES!” line, this post is a news roundup for upcoming and announced Super7 toy releases.

The first wave of figures for Super7’s Toho ULTIMATES! line have been revealed: Rose Biollante and Godzilla from Godzilla vs. Biollante (1989). Both figures are roughly 8″ tall, come with an assortment of accessories, and are priced at $85 each, $170 for the full set. A preview image of the set can be found below, while pre-order information and other high-quality images can be found on Super7’s website. The figures are expected to ship later this year in Winter 2022.

In addition, a number of other releases were teased on Twitter for their ReAction and Super Cyborg lines earlier last month, to include Godzilla ’54, Mechagodzilla, Jet Jaguar, Mothra, Rodan, and Godzilla ’57 from The Volcano Monsters for the former; and Mechagodzilla from Godzilla vs. Mechagodzilla (1974) for the latter.

Ready for the king of reveals?! Here are the six monsters in the first wave of Toho ReAction figures, due this summer! Did your favorite make it in? If not, let us know who you want to see in future waves!#Toho #Kaiju #ReActionFigures #Super7 pic.twitter.com/k4gKcqqnWO