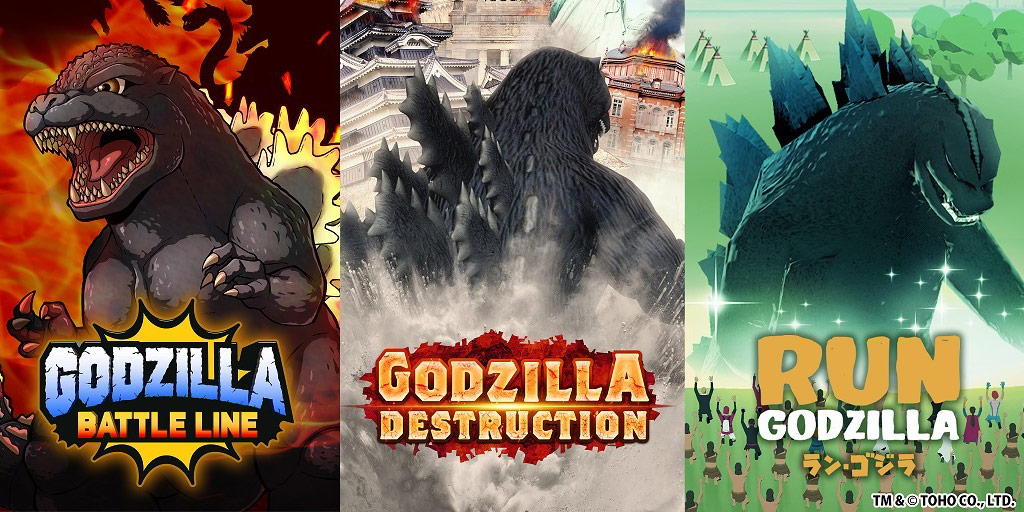 It’s been almost two years since Godzilla: Defense Force was released to mobile devices. Now, under Toho Games, a trio of new Godzilla mobile games are coming just in time for Godzilla vs. Kong (2021). This includes Run Godzilla, available now except in Japan, along with Godzilla Battle Line and Godzilla Destruction. Dates are still loose,  but the latter two are available in “select countries” next month and worldwide either in April or May with dates subject to change.

Godzilla Destruction has its worldwide release today. To celebrate, Toho has issued a “how to play” video that is seen below.

More news for Godzilla Battle Line, although still not a date beyond May worldwide and select countries this month. What was released was a new trailer for the game and a promo image, seen below. 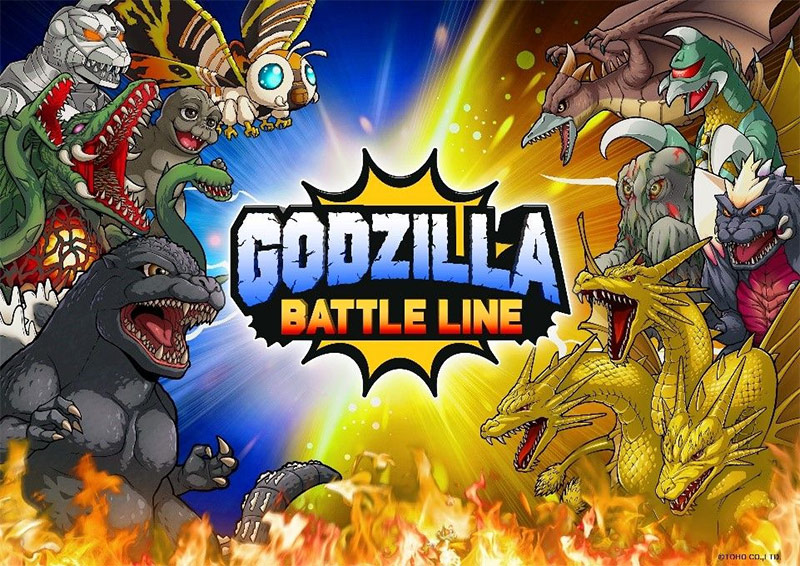 Meanwhile the trailer shows Battra (Imago) as well, while the website showcases the larval form. That said, none of this is particularly surprising given these characters are all very popular and the game has shown to include stuff as obscure as the Radioactive Sonde from Son of Godzilla (1967).

In other news, pre-registration for the game is now open. Below are the details provided to us by Toho on this.

To pre-register, do any of the following:

Godzilla Destruction has been given a release date: April 27th. This is a worldwide release on Android and iOS. To celebrate, a new trailer has been released for the game. Found below, the trailer shows footage of Godzilla fighting the original Super X and Super X-III. Battra Imago is also briefly seen, likely as a boss character.

Below are details for the three announced mobile titles.

Release (subject to change): April in “select countries”, May worldwide

This mobile game focuses on building teams to fight in three minute battle sessions. The released description notes fighting other players, and it’s unclear if battles against computer players occur. While details are mum, the screenshot below places a great importance on the health bar of the first character, possible linking their defeat as the condition for victory. The site mentions that monsters move and fight on their own. Winning allows the player to get a map to visit Monster Island and discover (aka get) monsters for your team, which if you get a duplicate it levels up the monster. It’s noted that different stages will feature different terrain, hinting at influencing how the monsters fight. A monthly ranking is also noted.

Video footage and the screenshots below hint at a wealth of Toho references in the game. This includes monsters such as the Heisei series Godzilla, Rodan ’64, Minilla ’67, Anguirus ’55, Kamacuras ’67, Mechagodzilla ’93, Mothra ’92 (which appears to evolve from larva to imago), Destoroyah Aggregate and King Ghidorah ’91. A variety of weapons are shown too, including the MBAW-93 from Godzilla vs. Mothra (1992), the Markalite Cannon from The Mysterians (1957), the Dimension Tide from Godzilla vs. Megaguirus (2000) and even the Radioactive Sonde from Son of Godzilla (1967). 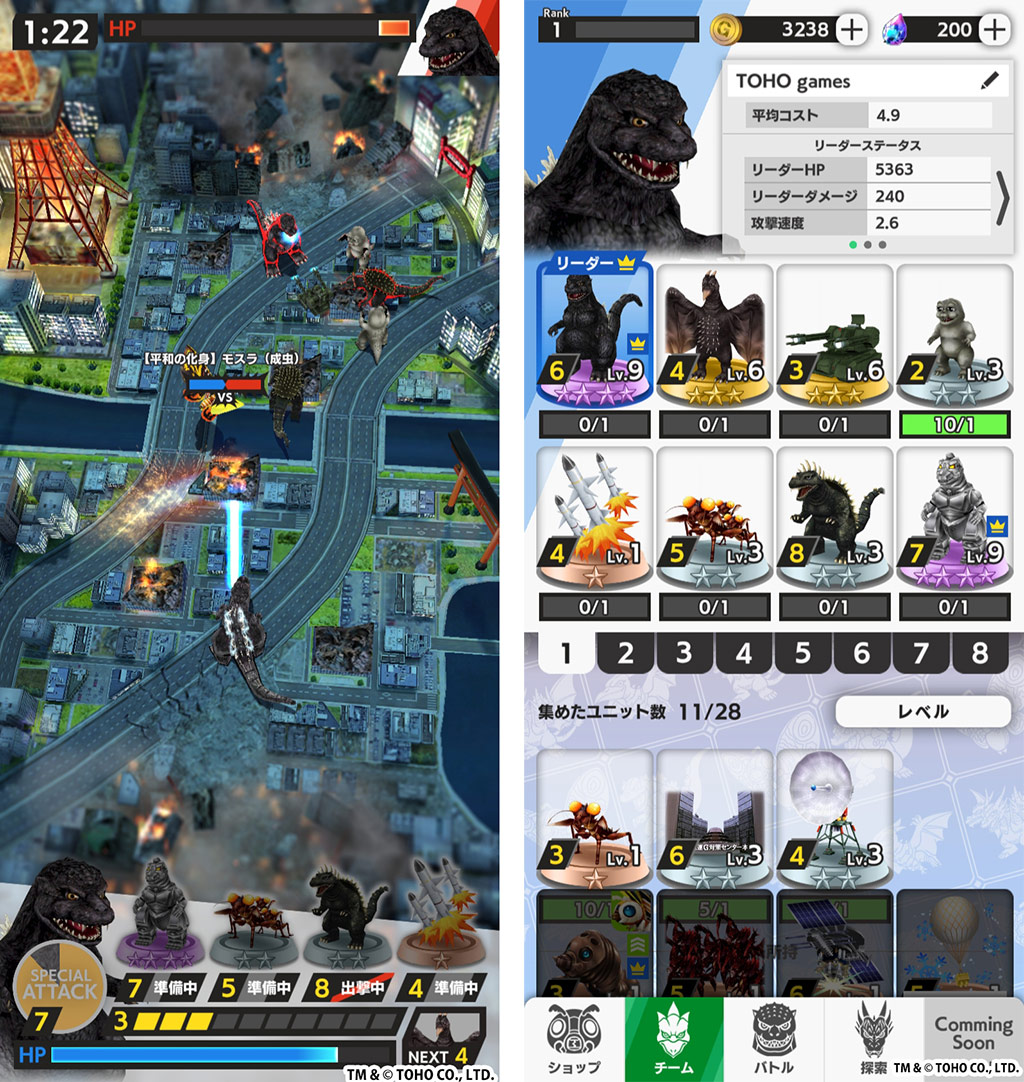 The next mobile title sees players controlling the King of the Monsters in a bid to cause mass destruction. Little is known about the game, which concept wise sounds similar to Godzilla Generations for the Dreamcast, although a health bar can be seen for Godzilla and he’s also fighting Type 93 Maser Attack Aircrafts at one point. One of the screens also shows Godzilla with King Ghidorah and another with Fire Rodan. However, text alludes to this not being a fight but likely a visual method for powering Godzilla up, noting a gatcha mechanic to getting power ups. 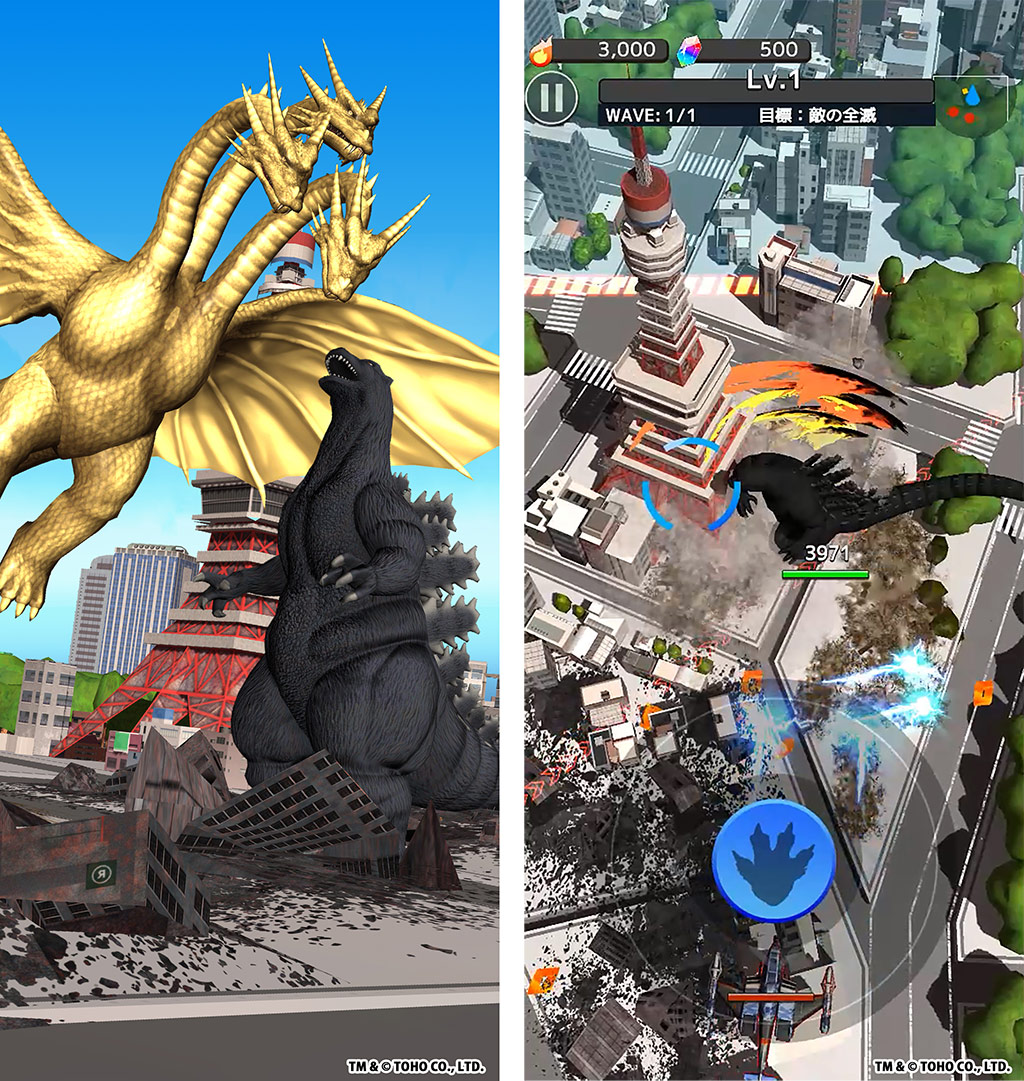 An idle game where players are in charge of a village that prays to strengthen and raise a monster. In line with the idle premise, it’s described as the monster growing stronger while the player is away from the game. A couple in game currencies are involved, with apples strengthening villagers and diamonds used to summon them. Apples are simply picked up, likely produced over time. Diamonds are produced at factories, although having too many factories will create a lot of air pollution and shorten villagers’ stamina. 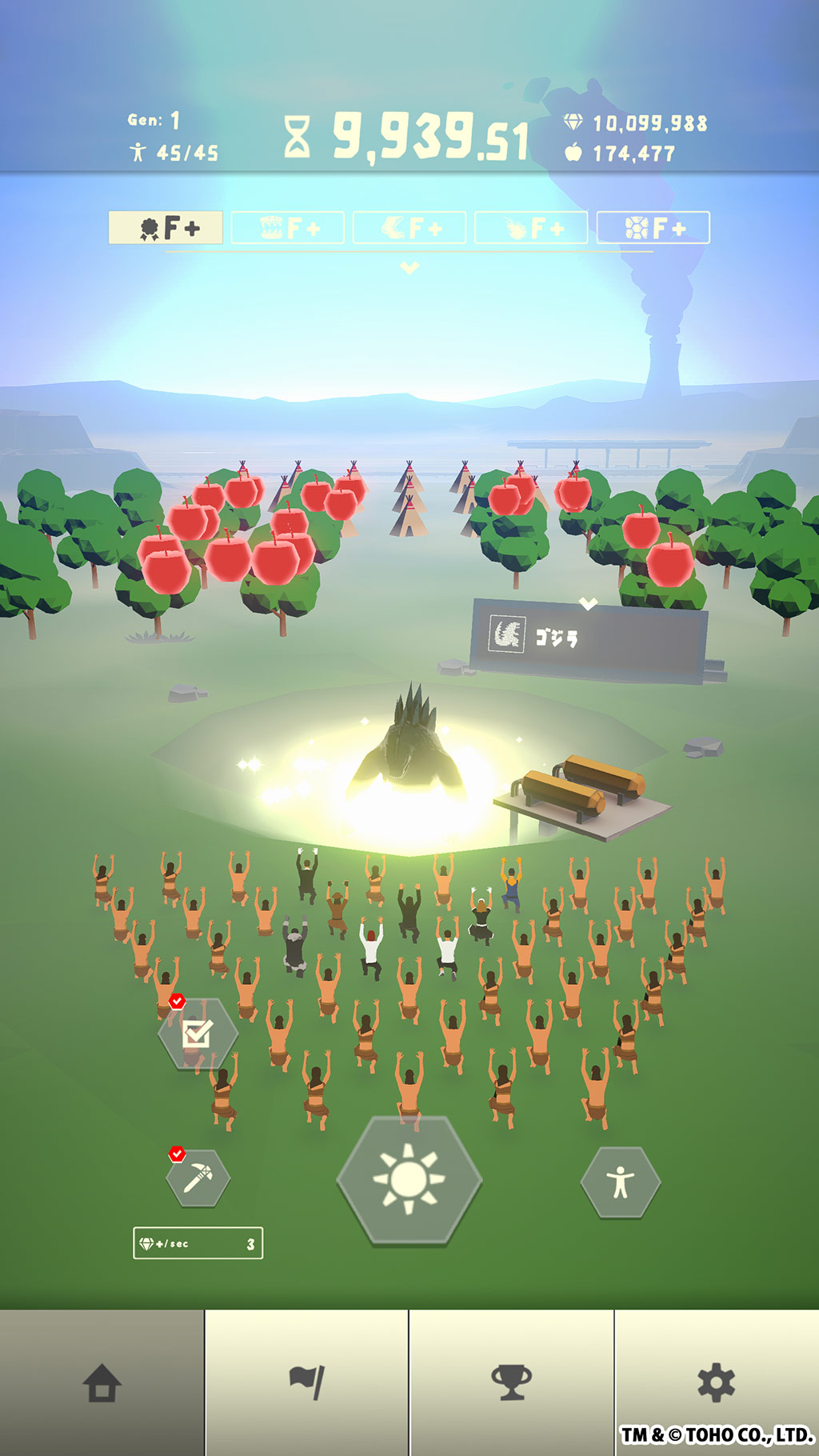 Below is the original press release and promotion video.

“Toho has been deeply involved with the production process for all three games since the early planning stages,” said Keiji Ota, Director and Chief Godzilla Officer at Toho. “All the staff involved in the project have worked together to keep alive the spirit of the Godzilla series, while also creating a ‘new Godzilla’ specially for the mobile game world. Whether you play on your way to work or school, or during your time off, we hope these games will help you feel closer to Godzilla in your everyday life.”

You can visit the Twitter accounts of the Godzilla Games to pre-register and view exclusive content. Fans who pre-register via Twitter or Facebook will receive special game-related gifts through their social media account, the first of which is a social media profile pic.

“The Godzilla universe is beloved by people all over the world, regardless of age or nationality,” said Ota. “For all of Godzilla’s fans, we at Toho will continue to venture into new territory to build and expand the Godzilla universe. Stand by for even more destruction!”

Godzilla’s global reach is set to expand even further this year alongside the release of the new Hollywood movie “Godzilla vs. Kong” (in US theaters and on HBO MAX on March 31, and in Japanese theaters on May 14) and upcoming anime TV series “Godzilla Singular Point”.

Ota added, “The year 2021 will see the broadcast of the anime TV series “Godzilla Singular Point” and the release of the Hollywood blockbuster movie “Godzilla vs. Kong”. Among all the excitement, the Godzilla brand is taking another major, monster-sized step forward by releasing three new mobile games worldwide.”

Additional details on “Godzilla Run,” “Godzilla Destruction” and “Godzilla Battle Line” can be found below.

Run, Godzilla! A bizarre casual game where you raise Godzilla.

This is an idle game in which Godzilla and Kaiju become stronger while you’re away. In the village, the sun rises and sets day after day. What you must remember is that Godzilla, Kaiju, and the villagers have only a limited amount of time. One day, they will say goodbye. Raise Godzilla and Kaiju well, so they are ready to say goodbye when that time comes. Don’t worry! You can look back on the Godzilla you’ve raised even after they’re gone. Pass on their abilities to the next generation and raise even stronger Godzilla and Kaiju!

Become Godzilla and crush cities underfoot! Step inside the monstrous body of the legendary Godzilla and terrorize all corners of the world! Destroy cities across the globe in this exciting and easy to play game!

Take on the world! 3-minute monster all-star battles! All the popular monsters and weapons from the Godzilla series are ready for battle! Build your own team of the strongest monsters and fight against players from all over the world in real time! Get ready for fun but intense 3-minute battles!