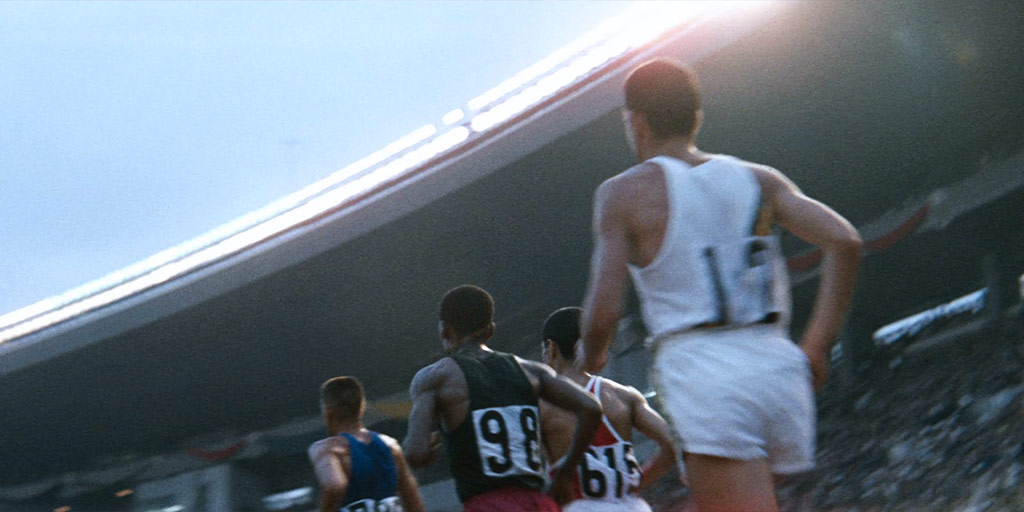 It’s summer, 2012, and the London Olympics are going on. Rather than watch the games like a normal person, though, I’m instead reminded to dig up Toho’s gem of a documentary on the last games set in Tokyo: the Tokyo Olympiad. Directed by visionary Kon Ichikawa, known for everything from the murder mystery Hell’s Gate Island (1977) to the fantasy film Princess From the Moon (1987), this documentary is presented with a surprising amount of flair and overall dedication to the event. To put it plainly, Tokyo Olympiad isn’t a film, it’s an experience.

The documentary covers, in chronological order, the 1964 Tokyo Olympics from start to finish. This includes a preface for Japan’s post World War 2 rise and Olympic games of the past in other countries, before tracking the monumental trek of the torch all the way to Japan. Along the way, thanks to half a dozen cinematographers pouring their all into the production, there are a host of memorable shots, from a great visage of Mount Fuji to shots of crowded Japanese streets from the rooftops above of those following along.

The opening sets the stage for the rest of the documentary which is much more about the event and everything going into it rather than a recap of medal counts and athlete performance. In fact, Ichikawa at times skims over the scoring and other details in favor of grand shots or unusual slow motion views. While this might have bothered some at the time, the movie today plays like a trip to another decade, very much a symbol of the time period and of an Olympics long gone. Detail is focused on to the extreme, going into such depth as to visit the communal eating area of the athletes or even the press junkets and their quarters and working area while covering the games. The film crew is sometimes lovably awkward as well, such as following a US athlete and his trainer who are unsure of their intent as they turn to smile and walk on. The film excels at making the mundane unusual, and at the same time transporting the viewer to the games to live in the moment as the film crew did. 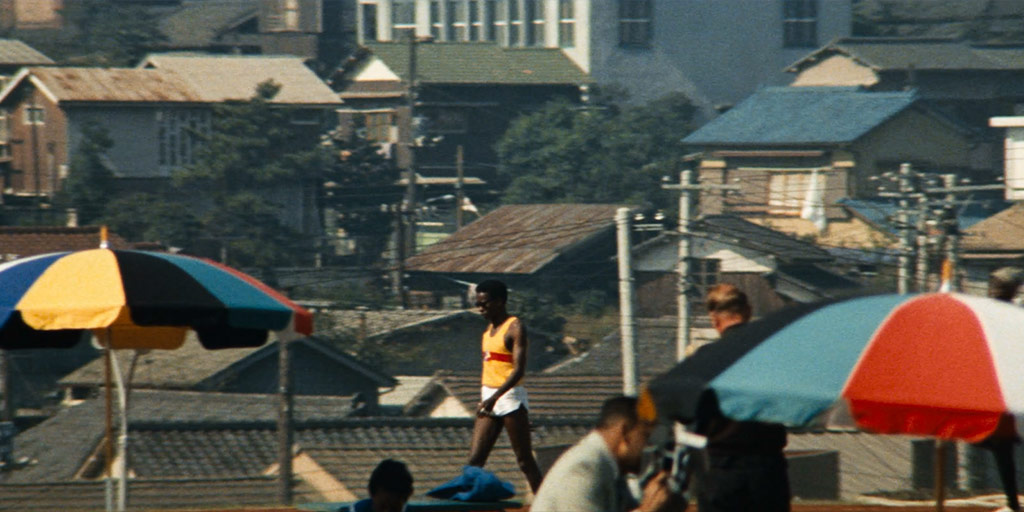 Tokyo Olympiad is often about experimentation as well, which is seen in full affect with the focus on Ahamed Isa from Chad, a 22 year old runner. Ichikawa focuses in on the young man, drawn to his story on the simple basis that his country was recently born. The athlete is alone, isolated… a feeling one would never associate with the grandeur of the Olympic games. It ultimately doesn’t matter when it comes time to finally race, although Ichikawa documents every moment capturing his preparation and how he deals with defeat before progressing to the next part of the games.

Although not a traditional film, the movie does feature a climax in the form of the marathon race. Coverage focuses not just on the winners, though, but of the often overlooked, grueling test that it puts the athletes through, with focus on those taken away by ambulance after collapsing from fatigue or even showing the bloody feet of the athletes. It’s no wonder that the committee was often shocked and disapproved of Ichikawa’s approach, but his focus on often overlooked details give the viewer a feeling of true immersion. It removes the fantasy of the Olympics, but in turn also highlights the true will of those who compete.

For as much praise as I could give Tokyo Olympiad, there is one layer of scorn: pacing. While Ichikawa’s film making does an excellent job of transporting the viewer to the time period, Ichikawa himself sometimes gets lost in the details. Scenes hang on for too long and camera shots meander rather than cutting to the next frame when they should. The experience simply feels too long at times, making the production better suited for meal viewing, where there is a slight distraction to help carry the film through these moments.

As for the music, it’s composed by Toshiro Mayuzumi. The score is sometimes overcooked, drawing too much attention to itself, but is otherwise an interesting body of work. It would likely work better as a stand alone experience, but gives some added weight to the film as well. The score has its fun here and there as well, having an almost comedic approach to the 50 meter walk race thanks to Mayuzumi’s choice of music. Also, be sure to spot the send off theme heard in King Kong vs. Godzilla (1962) that is played during the parades of nations. 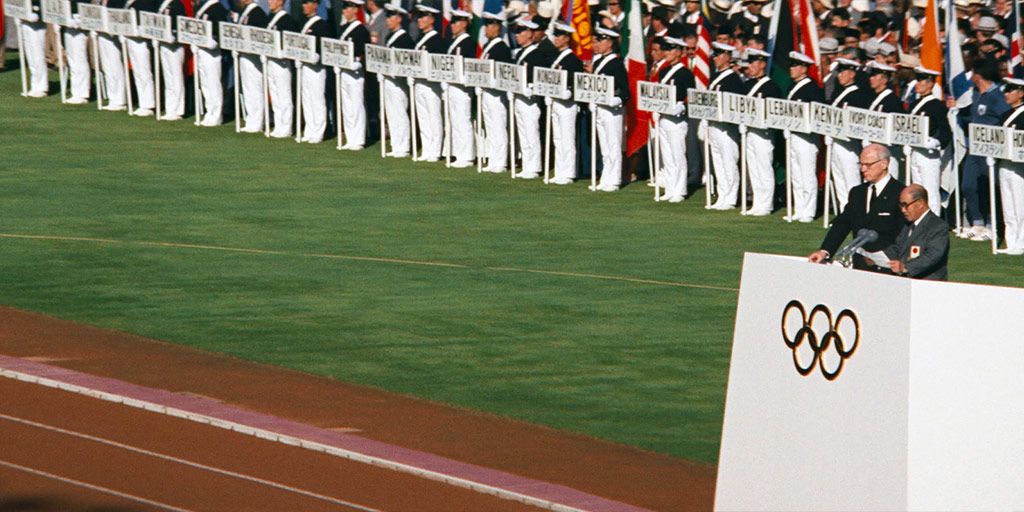 Overall, I’m not really into sports… and for me Tokyo Olympiad shines. It is much more an examination of the human spirit rather than the medal aspect of the games themselves, allowing Ichikawa to demonstrate his craft on a grand scale and deliver something that truly breaks through boundaries and preconceived notions about what a sports documentary should be.