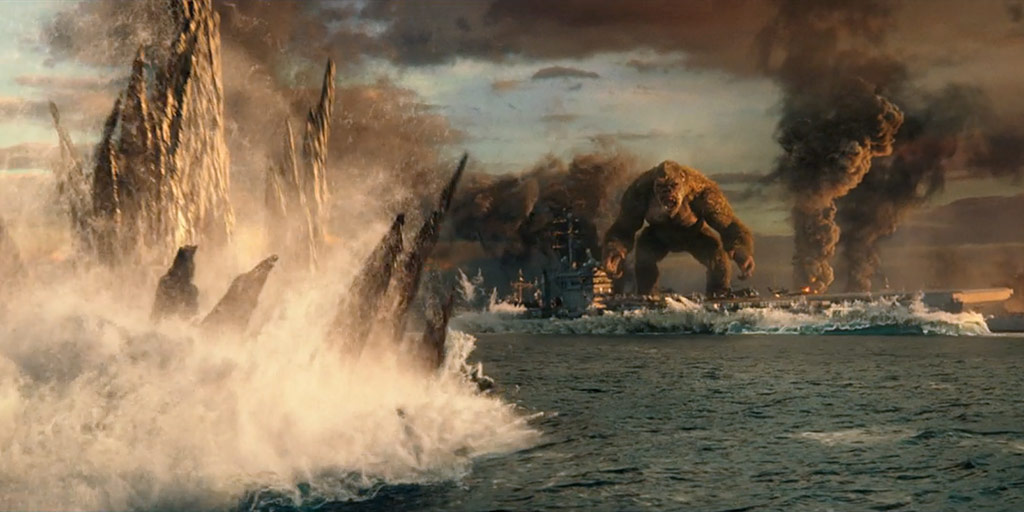 Godzilla & Kong. A titanic pairing not on the big screen together in nearly sixty years returns with a climactic clash available in theaters and the comfort of your own home. Does Adam Wingard’s vision for Godzilla vs. Kong (2021) succeed in capturing the spirit of the 1962 original? I’d say it does and even exceeds expectations in a few areas but not without a few stumbles.

The film begins with a focus on Kong, showcasing his daily routine on Skull Island. Monitored by Dr. Illene Andrews (Rebecca Hall) and a native Kong saved by the name of Jia (Kaylee Hottle), a stark realization gradually comes to the forefront. Skull Island may no longer be suitable for the mighty protector who has grown quite considerably since his last appearance in Kong: Skull Island (2017). Meanwhile after three years of relative silence, Godzilla makes himself known to all as he arises in Pensacola, Florida and reduces an Apex Facility, a cybernetic company within the MonsterVerse, to rubble. Many die (8 people) in the fiery destruction, turning most against the Alpha Titan, but not all. A conspiracy theorist and podcaster Bernie Hayes (Brian Tyree Henry), Madison Russell (Millie Bobby Brown), and Josh Valentine (Julian Dennison) search for answers within Apex. As they dive within the company, those which run it have their own goals. CEO and founder of Apex, Walter Simmons (Demian Bichir) accompanied by Ren Serizawa (Shun Oguri) requests the disgraced Dr. Nathan Lind (Alexander Skargard) to search for a power source in the Hollow Earth able to rival that of Godzilla. Reluctant but wishing to help, Dr. Lind agrees and with Dr. Andrews, Jia and Kong, search for an entrance to the fabled Hollow Earth…

I won’t go into spoilers for what occurs after this point, but the action and spectacle that coincides with the developing plot ramps up to a level I’d say goes mostly unmatched in the MonsterVerse. This doesn’t mean the story doesn’t come with its fair share of issues as the largest criticism I can levy to Godzilla vs. Kong derives from its leaps of logic for its story. Having spoken to a number of people who have read the novelization, these glaring plot issues are explained, but the film shouldn’t have to rely on other material to support it. Overall, I did find myself taken out of the experience only to be drawn back in by the great pace, action and set pieces. 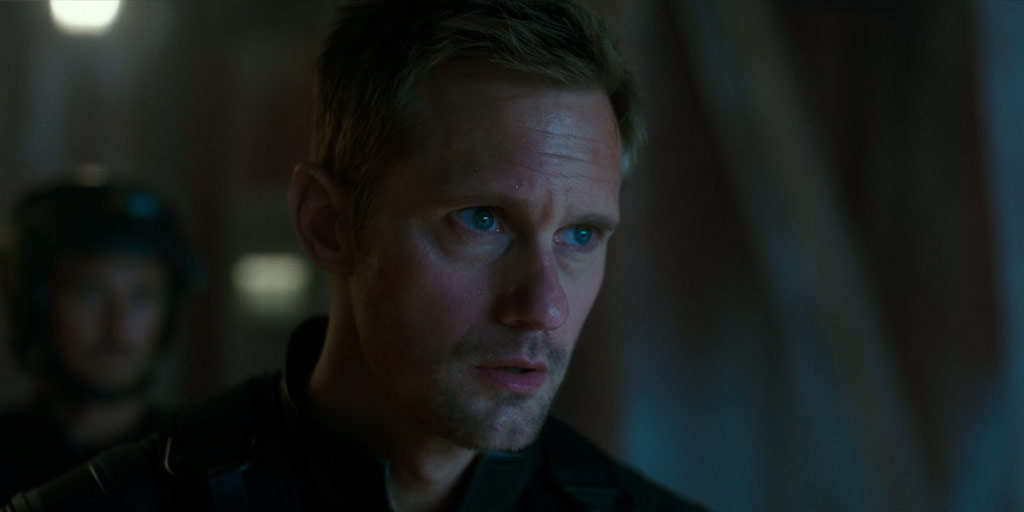 Now with the film clocking in at around one hour and fifty three minutes in length, the human characters compared to the other three films easily have the least to do on screen which comes with costs and benefits. On the positive end of the spectrum for the human cast, motivations, quiet moments, even scenes of action feel streamlined to where the audience can understand the characters’ basic motivations, but not feel burdened by them. For a direct comparison I look to Godzilla: King of the Monsters (2019). I generally enjoyed most of the cast but felt Mr. and Mrs. Russell possessed too much screen time and focus for the what plot generally needed of them, leading to overexposure and immense frustration with the characters. For Godzilla vs. Kong, I can say these feelings did not repeat, with the cast doing a solid job with the material they were given, but I did want more from a few members of the cast which is my major criticism. Jia and Dr. Andrews’ relationship with Kong is something I hope is highlighted in future films while I’m left to look to the novelization for the surprisingly underutilized Ren Serizawa.

Two characters I was delighted to see executed as well as they were are Kong and Godzilla respectively. This film is Kong’s to carry and every chance the furry behemoth appears on screen, he holds the audience’s attention with ease. Whether battling Godzilla atop an aircraft carrier, defending Jia and those following him in the depths of the Hollow Earth or simply performing his morning routine; the King of Skull Island elevates every moment he appears in the film. Receiving less screen time then his co-star, Godzilla still manages to make his presence known and captivating. Possessing a more villainous persona due to reasons I would rather not spoil, Godzilla brings malice and destruction on a level not seen in previous MonsterVerse entries without disposing of his pre-established character. 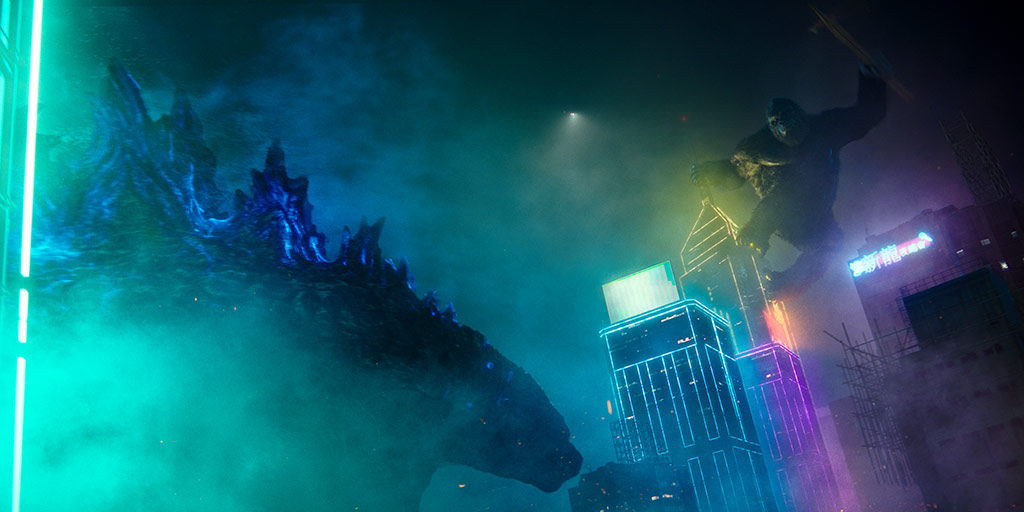 The two final aspects I’d like to bring attention to for the film is lighting and score. Each has possessed varied results in the previous MonsterVerse films and in Godzilla vs. Kong, the previous trend seems to have continued. Adam Wingard’s trademark Neon illuminates the scenes of human and monster alike, and really makes the battles or the smaller moments pop. Sadly the same can’t be said with the score. While the Pensacola theme, a musical track inspired by Akira Ifukube‘s original Godzilla theme, is somewhat memorable, the rest of the music fails to live up to even that expectation. The soundtrack created by Thomas Holkenborg is by no means terrible, simply an average score which pales to the fantastic highs of Bear McCreary’s soundtrack for Godzilla: King of the Monsters (2019).

So is Godzilla vs. Kong worth seeing? Absolutely. For any audience member ranging from the new to diehard, I think you’ll have plenty to enjoy from Adam Wingard’s entertaining creation. I can’t say it doesn’t have flaws, but like the 1962 original, it may not be the best of either character’s franchise, but I have a feeling the impact of it may help the MonsterVerse continue into the years to come.