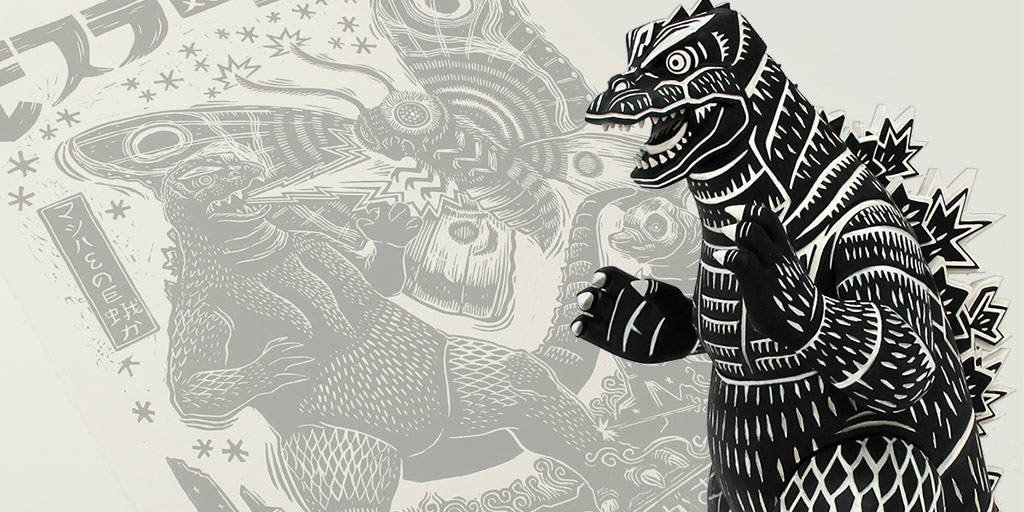 The Godzilla Museum series will consist of small-scale collectible statues 7.5″ tall or 8.25″ tall if the statue is placed on it’s included and detachable base. Also included will be a plaque for each specific design. The statues are made from vinyl and PVC.

The purpose of the Godzilla Museum line will be to celebrate the multitude of designs Godzilla has developed throughout his franchise history across various forms of media. It will also highlight designs from brand new artistic interpretations by various artists.

The first of the two releases in this series is Godzilla as interpreted by the artist Attack Peter. For this particular work he has rendered his previous poster artwork of Godzilla into three dimensions. Peters has done various artwork related to the character, which can be seen in his store based on Mothra vs. Godzilla (1964), Ebirah, Horror of the Deep (1966) and Godzilla vs. Hedorah (1971). He has also done work based on Son of Godzilla (1967), Godzilla vs. Gigan (1972) and a lot of other material, from prints to wood carvings, around the King of the Monsters. 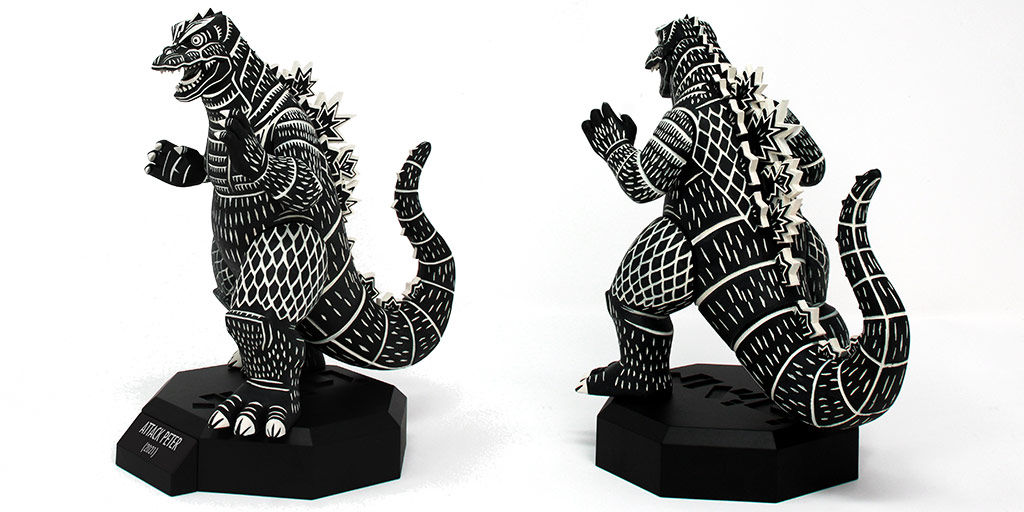 The second release is based on the iconic Godzilla design from the classic 1970’s American produced animated Godzilla series by Hanna Barbara. The series, simply titled Godzilla although it ran during The Godzilla Power Hour with other unrelated programs, saw 26 episodes released. It aired from 1978 to 1979, before enjoying a healthy syndication run on TV afterwards. 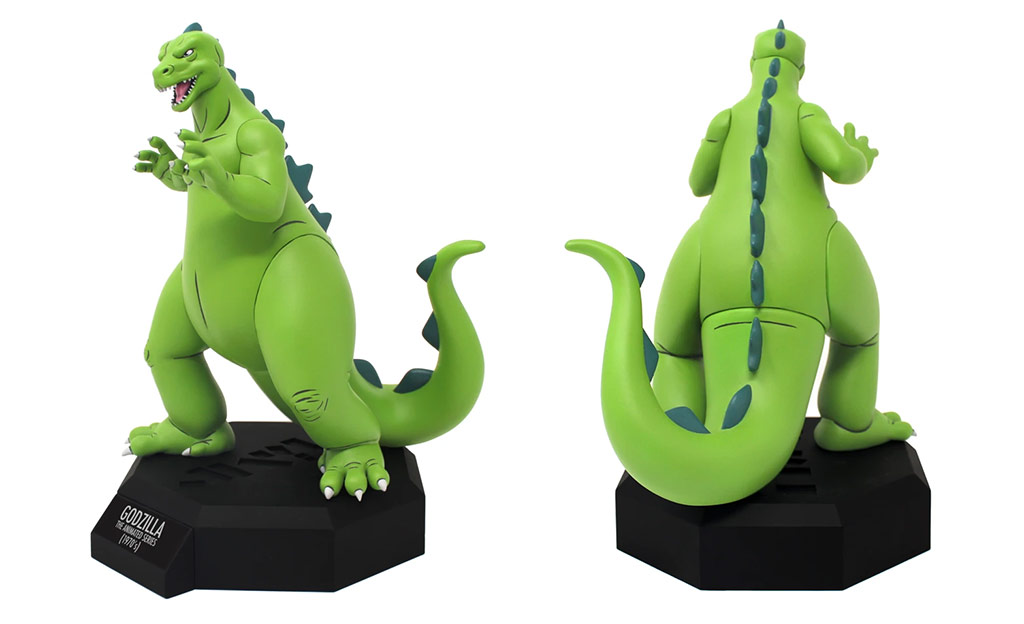 Both statues are priced at $120 dollars apiece and are expected to begin shipping in the Summer of 2022.

Below is the original press release, focused on the Attack Peter figure.

GODZILLA MUSEUM: Attack Peter
Design by Attack Peter (Peter Santa-Maria)
Sculpt by Tufan Sezer
Paint: Hilary Arce
Limited to 2000
Expected to ship Summer 2022
$120.
On Sale Now: https://mondoshop.com/collections/the-drop/products/godzilla-museum-attack-peter
Attack Peter Statement: “Toys have always been my greatest love! One of my earliest toy memories as a child is that of my grandfather buying me what I now know is called the ‘Imperial Godzilla!’ He was a staple in all my multi-versal toy wars but mostly I admired his expression, form, paint, and even the seams. I took him with me everywhere! Figures like this one inspired so many creations in crayons, clay and eventually linoleum and ink! We are now full circle and I hope when you hold THE KING in your hands, he inspires joy, wonder, love and creativity!”
About GODZILLA MUSEUM
Godzilla has had many looks through the years. At this point, we anticipate a new costume or aesthetic with each new appearance. With this in mind, we are commemorating The King of Monsters’ designs, through his decades-long reign, with our latest collectible line: GODZILLA MUSEUM.
Our GODZILLA MUSEUM line of small-scale collectible statues will celebrate all iterations of Godzilla’s history, from the most iconic looks to new artist interpretations. Each set of limited edition statues will be released in groups of three, each representing a variation of Godzilla lore.