Miles’ Past Remembered: A Tribute
BY: Nicholas Driscoll
General // December 24, 2014

Some few months ago, again, I sat in the stupor that only comes from grading a pile of amateur prose, the old mix of well-intended vague platitudes to the likely lazy quick-crap-it-out blotches of half-digested text. Thus is the life of a writing teacher, and I do wish all my students success and intend to help them forward as they develop their own unique styles. But in the middle of the stack, tired of the stylistic snafus and about to suffer a comma-correcting coma, I wanted respite. I wanted to read something thoughtful, something funny, something with a crisp, fresh snap of writing panache.

I went to Toho Kingdom, because recently Miles Imhoff has been forging a series of finely-tuned movie reviews, and each one has been a delight to me. Miles (I hope I can call him by his given name, even though I have never met him) always injects surprising insights and startling humor into his reviews, and I was hoping to find that he had posted another review that day to allay the torpor of grade-reading.

What I saw instead jerked my heart down into my gloomy gut. Miles Imhoff was leaving Toho Kingdom.

Somehow I thought Miles would never leave. In some ways, Miles had become the quirky, friendly face of TK to me. When I first came on as a movie reviewer in 2007 (was that really seven years ago?), Miles quickly became more than just some dude who would compliment me on my purple prose. He became a friend, and over the next few years we would exchange some of the strangest emails, including quite the volley our weirdest dreams. We called it a dream war, and for a while I was so determined to win that I wrote ludicrously long and obnoxiously detailed descriptions of my sometimes wildly deranged nightmares. Nobody should have to read about all those thunderously stupid dreams I had—but Miles trudged through my silliness, and replied with pleasure and wit. A fellow Christian, too, it has been a real encouragement to me simply to have another brother on board, someone who cares more about God than Godzilla. 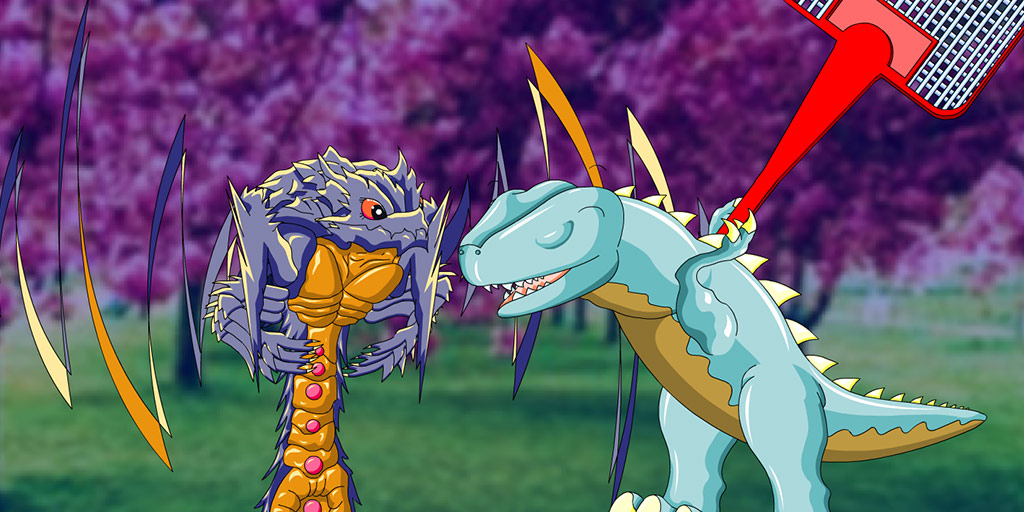 I have always been impressed and inspired by much of what Miles has done with the Toho Kingdom website. I absolutely loved his VHS-Art idea, and contributed with an excess of zeal (my art descriptions, like many of my book reviews, are… overly generous with their verbiage). I was astounded to later discover that he had put together an entire series of actual, functioning, funky Toho themed games on the website! One summer, with my little brother, we played through just about every one of those games, bonding over the kaiju craziness of his imagination—an imagination that also spilled over into his hugely ambitious and insanely unpredictable series of “Toons,” which he animated himself, and dubbed, and wrote, and… I seriously don’t know how he did it. (To be honest, though, I frequently also just didn’t understand some of them… but even when the humor went blasting over my head, I was impressed with the obvious care and quirk—and a lot of work!)

I don’t know how he did a lot of things at TK. I understand Miles spent long hours as an admin for the forums, dealing with the darker side of fandom, the inevitable rage and vitriol and utter nonsense that always detonates when extreme fandom meets extreme immaturity in the anonymous sanitarium of the Internet. I have observed some of the supreme levels of lunacy, even psychotic behavior, that can arise from such dens of iniquity second-hand as part of some Facebook groups, and I would never, never want to be an administrator and thus be thrust into such a black hole of madness on a daily basis. I like talking about Godzilla and kaiju and Japanese films… but administrators must struggle with some seriously bent people, even sometimes death threats and harassment. I have watched it crush one of my closest friends. Scars from broken Internet friendships can run very deep.

I wonder if the dark side of the fandom got to Miles. I haven’t asked. I don’t want to pry. I know people sometimes just need to move on, and I know it’s hard to be a part of something like Toho Kingdom and work for dozens, hundreds, thousands of hours without being paid a penny nor a yen. I’ve written over forty movie reviews for the website, and just those reviews represent several hundred hours of research, writing, revising, and more. Miles did much more than I with the games and cartoons, but he has written more movie reviews as well. Truly, Miles has shaped Toho Kingdom, making it into a much brighter, joyful, fun place to be. I regret that we never got to work together on any of those games and cartoons.

That’s what makes me so sad to see him go. Not to say that he is making a poor decision in leaving—I don’t know his motives, and I wish him well wherever he ventures. But I am going to miss seeing his fantastic work, in its multiplicity of forms and flavors. I already miss his reviews, his spark, the energy and fire of his imagination. I really hope, then, wherever he goes, that I will have the chance to see more of him and his kind craziness, that we won’t completely lose touch. I hope God lights his path, guides him to much better places, to achievements even more significant. Thank you, Miles, for sharing so much, for all your exuberant labor, for the light of your dreams. May the warmest, truest, most beautiful of those dreams come true. 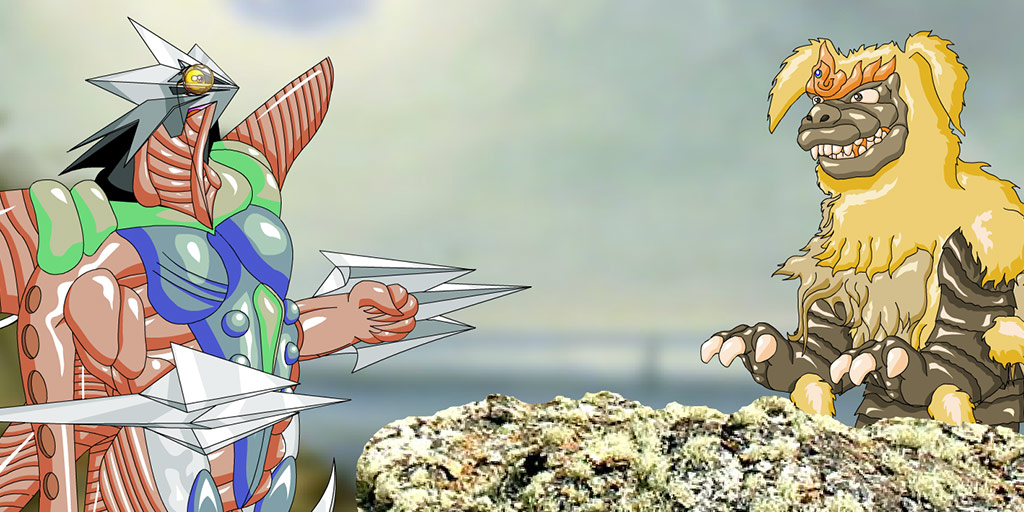 Miles Imhoff has created (and will continue to create?) many cartoon shorts in addition to the Toho Kingdom ones. Much of his animated library can be found on YouTube at Totally Kewl Cartoons.