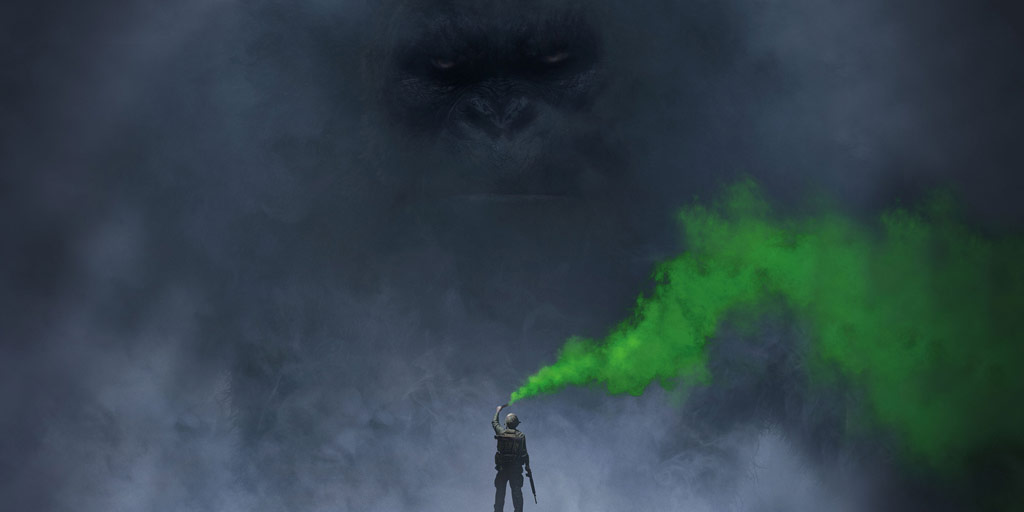 Naturally when a film of this type hits theaters, novelizations and “Making of” books follow suit and for fans of the films, they are a welcome addition to the experience as they “fill in the gaps” so to speak. Here are two quick Kong: Skull Island book reviews centered around the latest entry in the MonsterVerse franchise: Kong: Skull Island (2017).

The Art of Kong: Skull Island

The Art of and Making of Kong: Skull Island is covers the film from pre-production to the finished product and even includes a few deleted scenes (which is something that the “Art of Destruction” book for 2014’s “Godzilla” sorely needed), which are cool to see. There’s a lot of really cool concept art with all the designs of Kong, the other creatures and info on the film from those involved, and it’s a real journey for the reader.

Something interesting that I noticed is that there are quite a few pages spent on the IWI natives yet their screentime in the film is very limited in the final product. This section gives you some extra background and it helps fill in the gaps while watching the film. There’s such a huge level of passion not only from director Jordan Vogt-Roberts, but from producer Thomas Tull who sums it all up the best with his quote: “Godzilla, King Kong, these aren’t pieces of business for me. This is a childhood dream come true. I’m thrilled to be doing it”.

If you’re a Kong fan or a fan of the the “Making Of” books, this one is a must own.

Next up is the novelization of the film. I’m not going to get into too much here (because it’s almost 400 pages and it’s really something you should read for yourself), but I will say that there’s a lot more to the story than what’s in the film which is in this book. It being a book, there’s more room to flesh out each character and it’s more descriptive and it really draws you in.

I do have my nitpicks such as the author, in the post credits sequence, refers to Mothra as a dragonfly. Also, since the author, Tim Lebbon, is British, some of the descriptive words he chooses might not make much sense to someone outside of the region right away and it’ll probably take you a second to figure it out.

Nitpicks aside, it’s a great read and well worth checking out! 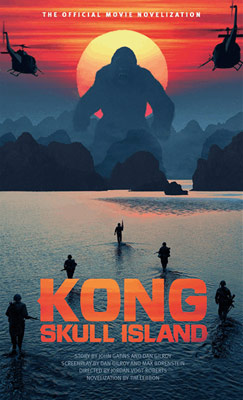