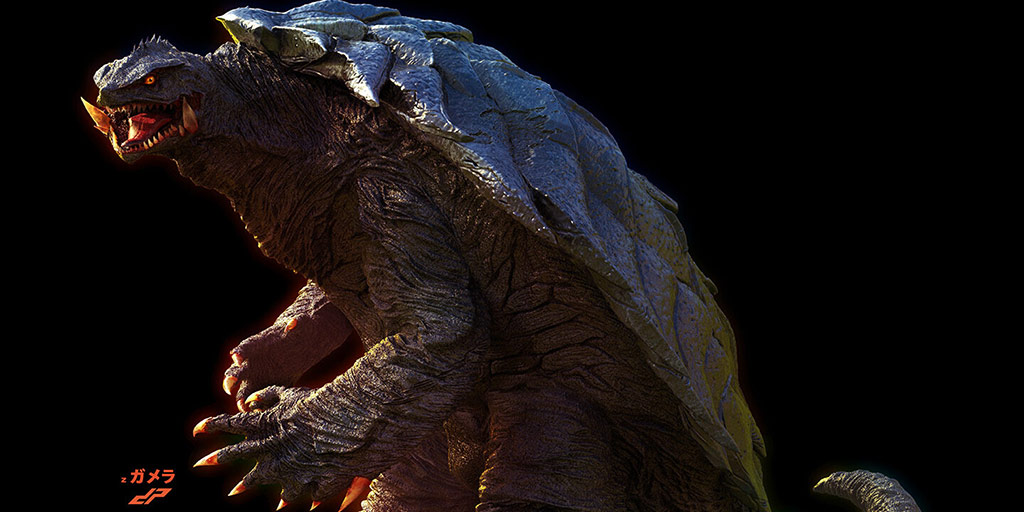 Recently I had a chance to interview one of my favorite kaiju artists who has really made a splash amongst the fandom and more recently in the professional sphere as well—Dope Pope—sometimes known as d0pep0pe. Dope Pope has been an active artist in the kaiju sphere for many years, dealing mostly with Zbrush art with incredible lifelike renditions of classic kaiju from the East and West—naturally including many Godzilla monsters, both from Toho and from the Monsterverse. As both a personal enthusiast of giant monsters, and as a professional monster designer, Dope Pope continues to provide fresh and astonishing art—and we might be seeing some of his designs in upcoming films and merchandise! Plus, in the course of this interview, I discovered Dope Pope actually designed a certain kaiju in the Monsterverse! Please read on to find out who.

Nicholas Driscoll: Could you first tell us a little bit about how you got into giant monsters, specifically Godzilla and his crew? What are some of your favorite giant monsters and giant monster movies?

Dope Pope: This is an interesting question to me, as I cannot firmly recall one film, or one instance that marked the beginning of my interest in Godzilla, and kaiju. As far back as I can remember I ’just did’. Like I was born that way. I do share a birthday with Godzilla, so perhaps in a way I was. I also can’t answer which are my favorites, because it’s ALL OF THEM. I love just about anything with giant monsters in it. Though, I do recall really enjoying those stranger films that wished they were Godzilla, like Gappa, Guilala, Yongary, and the showa Gamera films. These really make me nostalgic for childhood, and I know I was glued to the tv every time they were on. MONSTER WEEK on the ABC 4:30 movie was the best when I was a kid. Dating myself for sure, but it was great. Seeing that ad for it in the TV guide was so exciting.

Driscoll:  How did you get into creating digital art and 3D computer-generated model work? Do you have any tips for people just getting started?

Dope Pope: In the later 2000’s I recall the internet getting flooded with images of artwork that suddenly looked very different than what was typical for the time. It was super detailed, beautifully lit, had this hyper realism to it, and just blew me away. I tracked a lot of it down to Zbrush Central, which was the community for the organic sculpting software responsible for much of this artwork, ZBrush. From there I was hooked, and looked to learn the software. After taking a class to learn the absolute basics, it was through sheer determination to create cool artwork that I kept at it, practiced every day, and sculpted many of my favorite kaiju to stay motivated. It was win-win. Learn and get better, and have fun doing what I love. Almost 10 years later, I’m still doing exactly that. 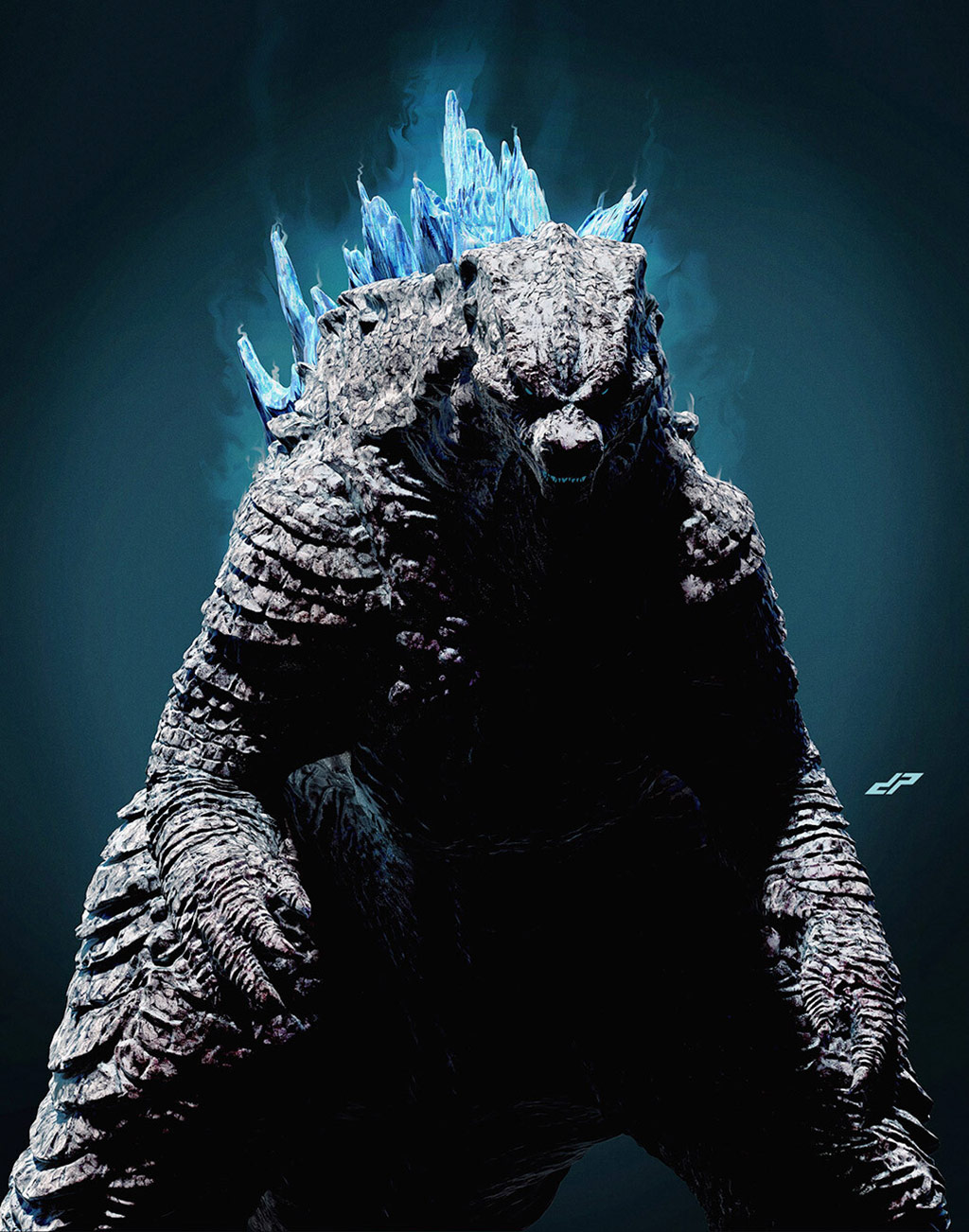 Driscoll: How long does it take you usually to create a model for a particular monster?

Dope Pope: It can vary depending upon complexity and size. Full body sculpts take longer obviously. I can block something out in a few hours, regardless of that. But once the detailing starts, it can go for days, weeks even. Life always gets in the way too, jobs weave in and out, and things can go longer.

Driscoll: What are some of your pieces that you are particularly proud of? For me, I love that you do a wide variety of monsters, including original redesigns, but relatively obscure monsters too, like Geharla, Trilopods from the IDW Godzilla comics, and even Kodoja!

Dope Pope: Thanks for that. Yes, I do enjoy putting my spin on the kaiju I choose. And I do enjoy showing love for the ones that get none. The more obscure the better. Designing Titanus Tiamat for Monsterverse was definitely a defining moment for me as a professional artist, but as a fan, it’s MINDBLOWING. And some things I have yet to reveal. Overall, I’m proud of my work as a whole. It’s a blessing to do what I love for a living.

Driscoll: Holy cow! How did your job for designing Tiamat come about? What was it like designing Tiamat? For example, did you have to follow certain guidelines, and did you take inspiration from any other existing monsters? Fans on Gojipedia have made comparisons to a number of monsters, such as Titanosaurus or Nessie from the Godzilla the Series cartoon. I would love to hear anything you want to share!

Dope Pope: I was lucky enough to meet and talk with KOTM director Michael Dougherty back in 2018, which lead to an opportunity to help design the Titan. After discussions about the parameters of what Legendary was looking for the overall Monsterverse aesthetic, I drafted some variations repeatedly until something was approved. I did research Tiamat’s history and decided a huge sea serpent would work best for her design. I knew once I made that decision comparisons to Manda would be inevitable. I did not use Manda as a design reference however, nor did I draw inspiration from any other serpentine creatures other than Asian dragons, and actual sea life. 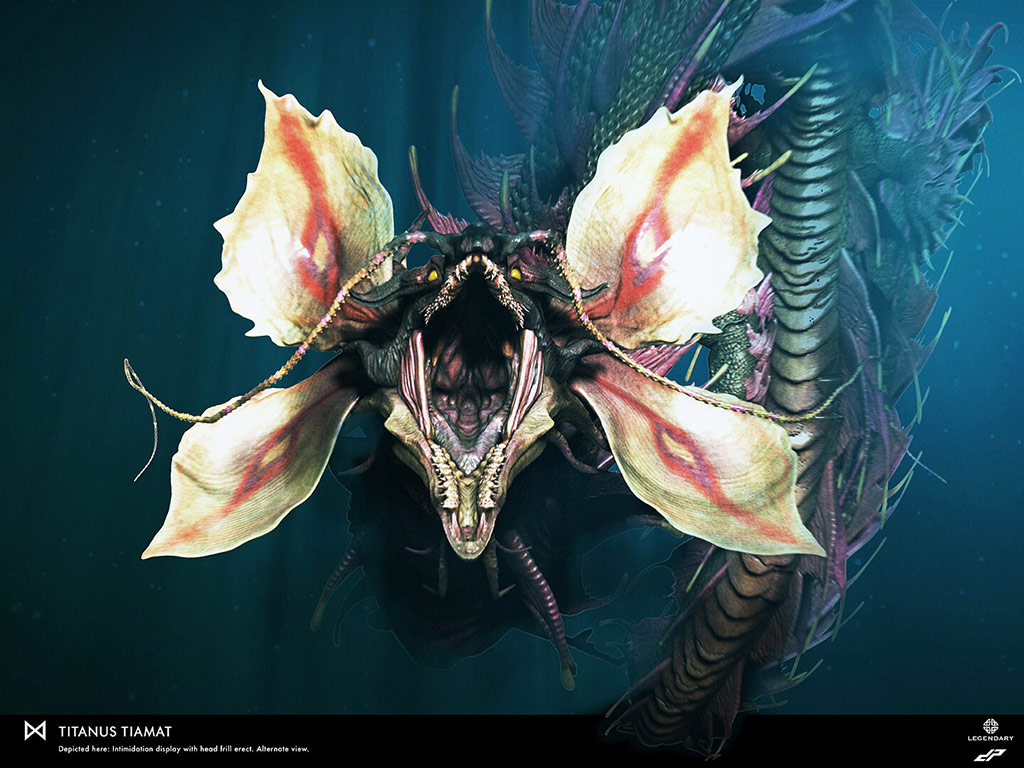 Driscoll: What was it like to see Tiamat’s appearance in Godzilla Dominion? Did you work with artist Drew Johnson on how the monster would appear at all?

Dope Pope: Often in this industry, concept artists hand over work only to see it revealed much later on with changes. So after I handed in my work for Tiamat, Drew Johnson made his own changes to it to fit the context of his graphic panels. And those changes were quite lovely. But there was no back and forth. Seeing her revealed in the comic, drawn beautifully by Drew, was a career highlight for sure.

Driscoll: I saw that you attended Wondercon and were offering various prints and goodies there. How has it been like meeting the fans and making the fan circuits at conventions?

Dope Pope: It’s the best reason to do the shows. It’s awesome to meet people that have been following for years and have supported me along the way. But it’s also awesome to meet people that have no idea who I am or what I do, but just have to stop and look because they like what they see. Without that, it would be more of a grind. But it’s what keeps me enthusiastic about it all, and doing more shows. It always amazes me how many people connect with the work, and enjoy what I do. It means the world.

Driscoll: I see that you have done commission work in the past for various original kaiju. How do you usually handle commissions?

Dope Pope: Commissions were a great way to get started transitioning from amateur to professional. Not just in terms of making money, but in learning time management, and workflow, and challenging yourself to produce work outside of your comfort zone. I absolutely still do commissions, but due to my professional gigs often taking up much of my time, I can’t do as many as I used to. But I never really have a set price, or a set time. I’m just happy to respond to anyone at anytime about anything. After some questions, I’ll know if it’s doable or not. So, if anyone wants their original creature sculpted, or a version of an existing kaiju, just reach out. 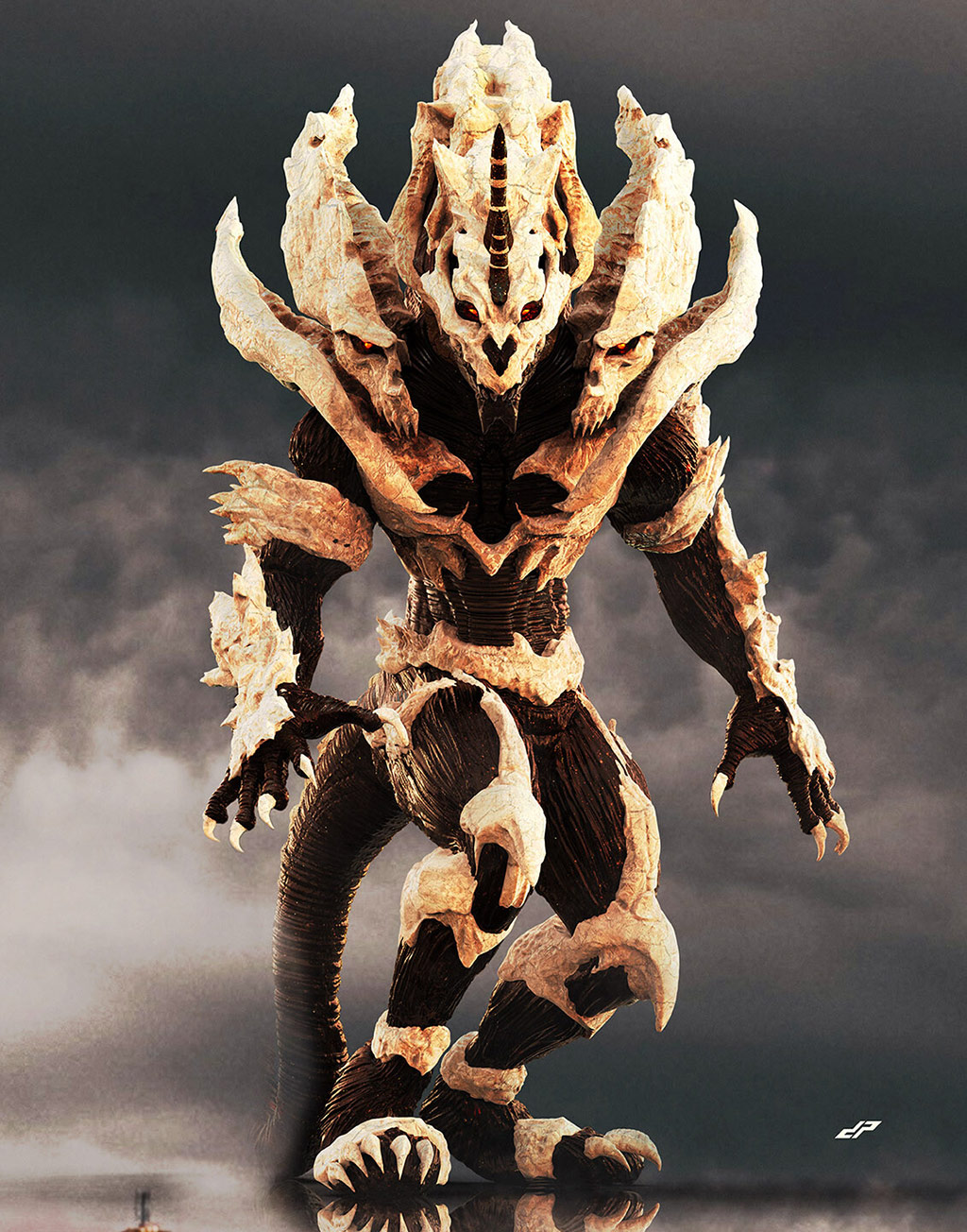 Driscoll: What projects do you have coming up that we can look forward to?

Dope Pope: So many! I’ll need to be a bit cryptic about it all, due to NDAs and such, but there’s a Hollywood summer blockbuster film coming out soon for which I contributed a ton of concept art, that’s exciting for me. I also have worked with an awesome toy company on official Monsterverse collectibles, that’s also very exciting. There’s a few personal projects I have brewing. One of which involves some heavy hitters in the kaiju community. GojiCenter, Kaiju News Outlet, Dangerville, TitanicCreations, and I are joining forces to begin a series of original kaiju collectibles. Looking forward to that! And a second project with fellow collaborators Erwin Papa and Erick Sosa we’re calling ‘Black Market Kaiju’. It’s a design the three of us will create together and the end result will be a sofubi style collectible we hope will be the start of a long term series. So, 2022 is packed with great things on the horizon.

Driscoll: I have loved your artwork for years, and I am always blown away by the stuff you put out. Thank you for agreeing to this interview! Do you have any other comments or anything you would like to say to our readers?

Dope Pope: Thank you to everyone that has followed on social media, bought a print, a sticker, a 3D print, that has commented, that has ‘liked’ a post, etc. Really. It’s what keeps me motivated to keep going and to produce better and better work. Stay tuned!