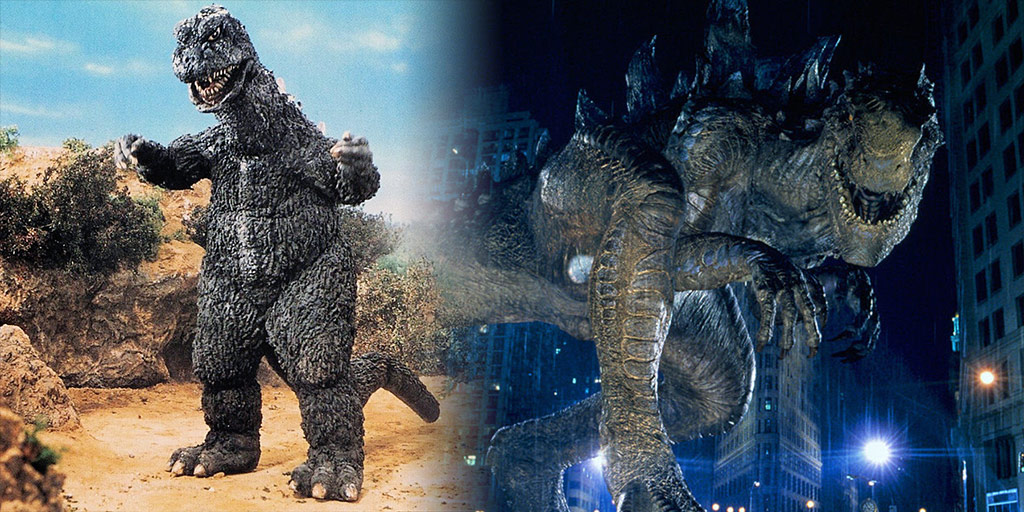 Over the years you’ve seen Godzilla suit actors Haruo Nakajima (Showa series), Ken Satsuma (Heisei series), and Tsutomu Kitagawa (Millennium series) numerous times inside the US. They have appeared together in the excellent documentary “Bringing Godzilla Down to Size” on the Rodan and War of the Gargantuas DVD. For the convention scene, the suit actors have done solo appearances, in pairs or, for the first time, all at once at the Chiller 2014 event.

However, one meeting happened in 2011 that very few know. The original Godzilla, Haruo Nakajima, met the only American Godzilla film suit actor, Kurt Carley from GODZILLA (1998). This historic meeting between Haruo Nakajima and Kurt Carley is being shown here for the first time courtesy of the Brad Thompson collection.

Eiji Tsuburaya: Master of Monsters author and film historian August Ragone graciously introduces the two men and it’s a very pleasant meeting. You MIGHT have to turn up the audio a little to catch it all but it’s well worth it!

I hope you all enjoy this historical event being shown here for the first time anywhere!

Kurt Carley is a suitmation actor who had an uncredited role of playing Godzilla in GODZILLA (1998). He has also portrayed werewolves in the Underworld series, in particular Underworld and Underworld: Rise of the Lycans. All three films were done by Tatopoulos Studios. Carley isn’t tied to the special effects house, though, and has done work for other studios and projects, including a performance in 2009’s Land of the Lost. The actor continues to be active in the profession today, having a role in this year’s A Haunted House 2. In addition, the actor has done numerous stints in “fan projects”, including Batman: Dead End and Starship Farragut.

Kurt Carley’s website can be found here, complete with a demo reel of some of his suit performances.