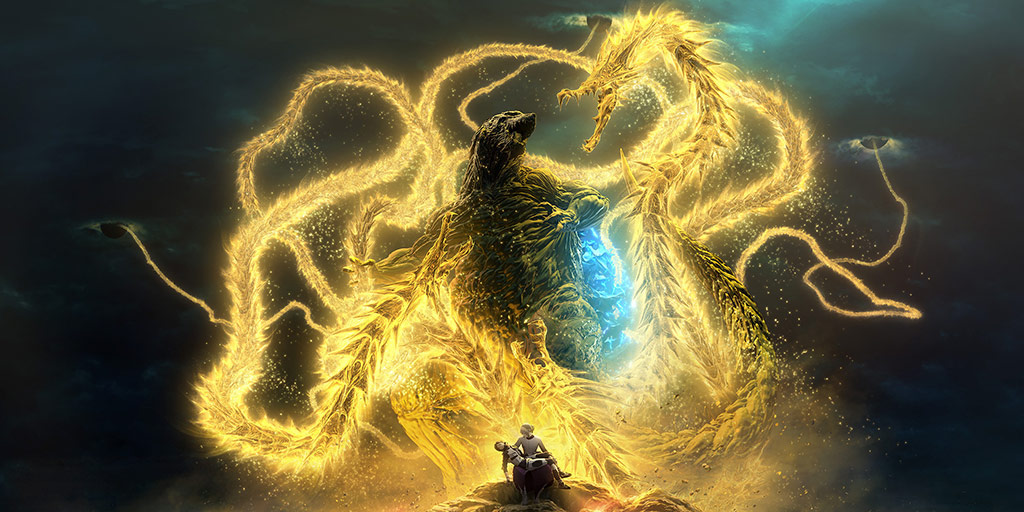 That and, to be honest, I have pretty much cooled off on the anime trilogy. I missed the opening because I wanted to eat some turkey with friends—a rare chance in Japan—and I was busy that weekend. But I still didn’t head off to see the movie until a couple weeks later. It just wasn’t a big priority after the last two films really failed to light my fire.

So how was the film? Well, I will keep the spoilers until later, but my brief reaction was that Godzilla: The Planet Eater is probably the best film in the trilogy (if perhaps only because we finally get a proper ending), and by far the weirdest as well. The characters felt somewhat more rounded this time, with slightly more understandable motivations (even if the motivations might just be libido sometimes). The movie also plays with a lot of heavy themes about religion and the like, which might turn off some—it’s not subtle or… particularly sensitive. We finally do get some kaiju-on-kaiju action, though fans will still probably be disappointed in how that plays out (you can’t expect fast and exciting action out of a Godzilla who moves with the speed of a tree creaking in the wind). King Ghidorah is indeed the weirdest incarnation of the monster yet, for better and for worse. On the good side, I sometimes felt KG was honestly scary and intimidating. On the bad side, he, like Godzilla Earth, doesn’t exhibit a lot of personality. There are also a number of surprises and revelations that come out which kind of made the movie feel worth it in the end.

And speaking of the ending, it’s… kind of touching. It felt good to get to the end after three rather disappointing movies. This one still has a post-credits sequence, though, so be sure to watch to the very end. 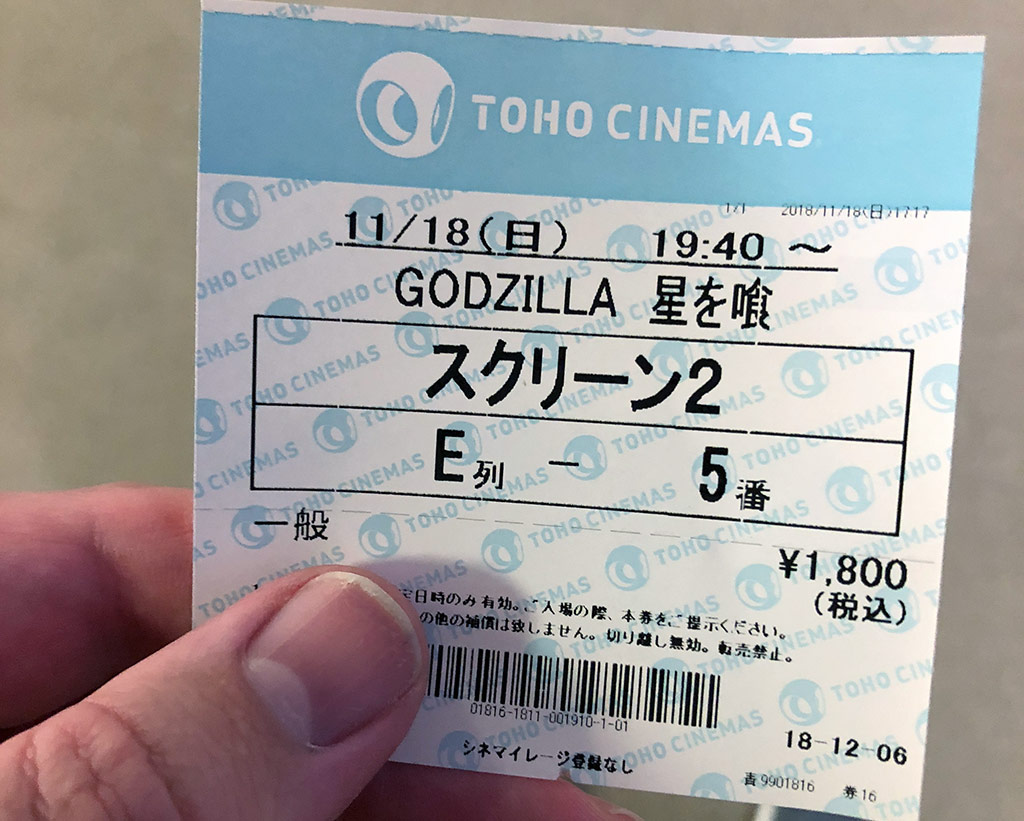 Okay, let me give just a few actual SPOILERS for those who really want to know, though bear in mind that I saw this movie in raw Japanese and there was plenty I didn’t understand.

Spoilers on the human action: As interesting as the Exif machinations are in the movie, the most surprising “human action” for a lot of fans will probably be that Haruo has not one, but BOTH of the twins come on to him in separate scenes. They just drop their clothes and practically beg our hero to have sex with them, to which he eventually complies (at least with one of them). This at least explains to me why the theater pamphlet of the previous film featured naked pics of both girls. In this movie, they are both seen naked, although the camera angles mostly hide their naughty bits.

Oh, and yeah, the Exif are evil.

How about the monster action? Some happens. KG appears as three glittery snakes that glom onto Godzilla Earth and suck his energy while carrying him into the air. Godzilla can’t touch the three heads (which never actually combine into the more traditional form except in dream sequences), and so he blasts at them and bats at them and nothing happens. The eventual conclusion to their fight is exceedingly lame, but at least we had some monster madness.

Oh yes, and Mothra makes a very brief, very weird appearance, though only in a dream sequence really. The natives pray and stuff, and Mothra appears as a giant moth inside Haruo’s dreams, disrupting the Exifs’ plans. It’s kind of exciting to see the giant moth, but everyone’s favorite bug-god is on screen less than ten seconds I think—barely enough time for us to say “Gah!” (This is a really dumb joke—“ga” is “moth” in Japanese. Thank you, I’ll be here all night.)

I don’t want to give away anything else, though. It’s worth watching to experience yourself. While I don’t think the film holds up as one of the best in the series, it certainly is memorable and worth watching for fans. Just don’t get your hopes up that it will be something that will appeal to what you traditionally expect from films like this.