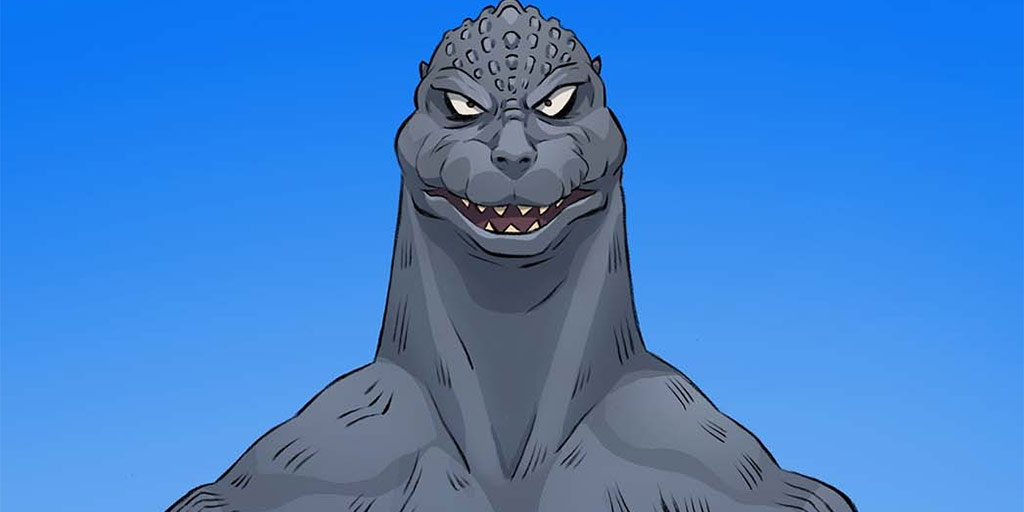 Godzilla Rage Across Time #5. Released in 2016, this was the last new comic about the King of the Monsters from IDW Publishing… until now. Years later IDW is returning to release more comics about Godzilla. Signing a multi-year deal with Toho International, IDW will begin releasing new comics on the titular monster starting in April of 2021. The creative talent for the first, five-issue miniseries are familiar faces within IDW. It includes writer Erik Burnham, whose past work includes IDW comics around Ghostbusters and Teenage Mutant Ninja Turtles among others, and artist Dan Schoening, who also has worked on the Ghostbusters comics from IDW.

The deal includes “dozens” of kaiju from Toho, although exact details are scarce. Godzilla, Rodan, Mothra and King Ghidorah were name dropped, though, as among those included in the deal.

Below is the press release distributed around the announcement.

The King of the Monsters Reigns Supreme in Comic Books, Tabletop Games, and Other Products Aimed at a Wide Demographic of Fans

SAN DIEGO, CA (December 3, 2020) – IDW and Toho International, Inc. are proud to announce a multi-year publishing program that will bring Godzilla and dozens of monsters from the Godzilla live action films to a wide selection of publications and merchandise.

“We’re very excited to work with Toho to build a comprehensive array of stories and products that Godzilla fans everywhere can enjoy,” says Nachie Marsham, IDW’s publisher. “Their library of characters are quite literally titans of pop culture, and we can’t wait for people to get their hands on what we’re creating in close partnership with Toho. There will truly be something for everyone, from casual fans to people who live and breathe these amazing creatures.”

“IDW has been such a fantastic partner in bringing Godzilla characters to life through high-quality graphic storytelling, and we’re excited to take our relationship to the next level,” says Lora Cohn, Managing Director, Toho International, Inc. “By expanding beyond comics with wide-ranging books, games and more, we’re sure that our iconic kaiju will leave monstrous marks on these products that consumers across the globe, young and old, will never forget.”

IDW will have worldwide distribution for Toho’s Godzilla comic book, graphic novel, gaming, and merchandise program, with the exception of some parts of Asia.

IDW’s debut Godzilla project of 2021 will be a five-issue miniseries by writer Erik Burnham, artist Dan Schoening, and colorist Luis Antonio Delgado. The comic book will be aimed at middle grade readers and hits stores with its first issue in April.

The new licensing deal builds upon IDW’s prior comic publishing relationship with Toho. In March 2011, IDW launched its Godzilla comic book program with Godzilla: King of the Monsters, generating huge fan and media interest and garnering support from the retailer community with 80 exclusive variant covers. Through 2016, IDW published 10 Godzilla comic book series of varying lengths, collected in a series of trade paperback collections.