Released in 2016 from August 24th to November 23rd, IDW Publishing issued a new comic mini series on the King of the Monsters. Titled Godzilla Rage Across Time, the series placed Godzilla or related kaiju in different eras across time. From feudal Japan to the time of the dinosaurs, the various comics mixed up the kaiju action with new settings thanks to the across history approach of the comic run.

This article showcases the previews that were provided to Toho Kingdom from IDW Publishing. Click on an image to expand to the full page view. 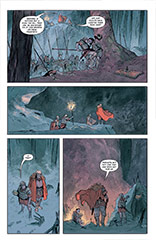 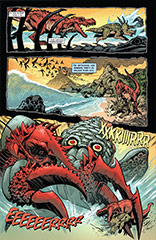 Note that the release schedule for this series was abnormal. In particular how soon the last issue was released after #4. However, this is one of the benefits of having completely different creatives teams, both in terms of the writing and art staff, attached to each issue.