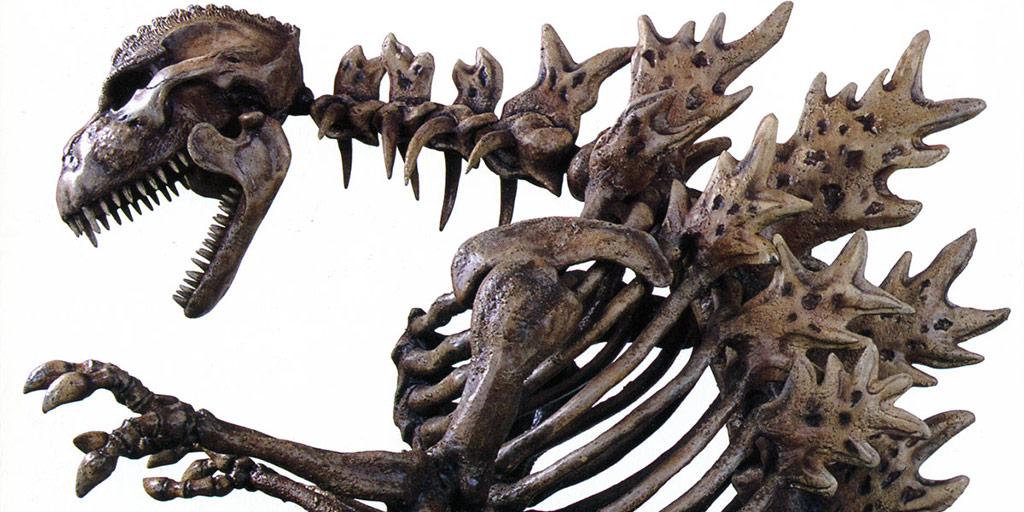 Continuity within Godzilla films has been inconsistent, to say the least. The Showa series barely paid heed to it, while the Heisei series was very different from its predecessor. Each film during the 1980’s through the mid-1990’s worked off the previous entries for tight continuity in the series. When Godzilla 2000: Millennium (1999) was first announced it was explained that the movie would be part of a whole new series. One that was not connected with the Heisei or Showa series, and the film would pioneer a new series of films radically different from the two previous ones. So was born the Millennium (or Mireniamu) series: a series of films in which each movie was not forced to work off the previous entries. So this article examines the Godzilla Millennium series continuity, including how it developed and what, sometimes, little continuity actually does exist in these movies.

The Millennium Series and Continuity

At first, producer Shogo Tomiyama was planning for three stand alone films. From these three movies Toho would decide which to dedicate a series about. This entire plan, however, was aborted after a meager box office showing by Godzilla 2000: Millennium (1999) and Godzilla vs. Megaguirus (2000) stumbled out of the gates, becoming a box office flop. It was then discussed that the 2001 Godzilla film might mark the closure of what would have been a short lived series.

Thankfully, Godzilla, Mothra and King Ghidorah: Giant Monsters All-Out Attack (2001) was a box office success. This saved the franchise, and allowed for Masaaki Tezuka‘s “Kiryu Saga” and what is being called the last Godzilla film for a decade: Godzilla: Final Wars (2004).

The Millennium films are not entirely stand alone, though. They often have a connection with at least one other Toho film. Below is a run down on the continuity seen in each of the six Godzilla films of the Millennium series.

The only true stand alone film, makes no reference to any Godzilla film before it.

References an altered Godzilla (1954), in which Godzilla is not killed by the Oxygen Destroyer.

Stresses the point that Godzilla has not attacked since 1954 and makes numerous references to Godzilla (1954), like the Oxygen Destroyer. The film also jokingly refers to GODZILLA (1998) in some suggestive dialogue. This occurs during a scene where it’s mentioned that a monster attacked New York a few years ago. In the scene, a solider asks a colleague if the monster was Godzilla. This sparks the famous line about being what America claims, but the Japanese scientists never confirmed it.

Makes reference to a slightly altered Godzilla (1954), in which the bone fragments of Godzilla survive the Oxygen Destroyer. Also Mothra (1961), and The War of the Gargantuas (1966) are mentioned as well.

Breaking the mold from the other Godzilla films in the Millennium series, is a direct sequel to the previous year’s Godzilla Against Mechagodzilla. As expected, the film references its predecessor greatly, along with Godzilla (1954) and Mothra (1961). In fact, actor Hiroshi Koizumi returns to reprise his role from Mothra as Doctor Shin’ichi Chujo. The film also references Space Amoeba (1970) with Kamoebas, who is stated as being a mutated variety of snapping turtle. He is mentioned as first appearing on Selgio Island, the island that Space Amoeba takes place on, 34 years earlier and having attacked in the mid-1980’s.

Books have been released, however, which state that the “Kiryu saga” actually extends far beyond what is hinted at in the two movies…

In the 2002 book Godzilla X Mechagodzilla: Super Complete Works, there is a list of kaiju who are part of the same timeline as Godzilla Against Mechagodzilla (2002). This part of the book is pictured to the left.

Another book, called Godzilla X Mothra X Mechagodzilla: Tokyo SOS Fantastic Collection, took it a step further by including a timeline of when the kaiju attacked. It also mentioned three monsters left off the material released in 2002: Frankenstein, the Giant Sea Snake and King Kong (whose absence in 2002 is understandable as books around this time avoided showing pictures of him or his mechanical double likely for murky copyright reasons).

The timeline of events leading up to Godzilla Against Mechagodzilla (2002) is as follows: 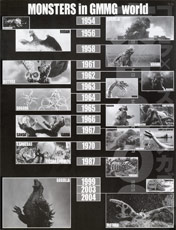 Each year that a monster appears corresponds to a movie released that year which features the same kaiju, with the exception of Kamoebas’ attack in 1987. However, this doesn’t necessarily state that each of those films is part of the “Kiryu saga” continuity. An easily spotted example of this is the 1962 film Gorath, which featured Maguma, as the movie takes place in the late 1970’s and early 1980’s. The film also showcased the destruction of the Moon, which is clearly seen in Godzilla Against Mechagodzilla (2002).

If the list is taken literal, then Frankenstein vs. Baragon (1965) might have occurred, except with the alternate ending in which Frankenstein battles the Giant Octopus. Also, the Giant Octopus is absent from 1966, meaning an altered The War of the Gargantuas (1966) might have taken place in which the opening bout between Gaira and the Giant Octopus didn’t occur. In 1967, King Kong, Gorosaurus and the Giant Sea Snake appear, three kaiju who starred in the 1967 film King Kong Escapes. However, Mechani-kong is absent from the list, meaning either he never appeared or that the list simply left off the mechanical kaiju, as Kiryu isn’t mentioned in 2002 or 2003 in the timeline.

Celebrating Godzilla’s 50th anniversary, this production is a complete stand alone film in a continuity sense.

That said, the movie has a wealth of references to prior Toho films, including the collapsed star Gorath from the 1962 movie Gorath, the Xilien from the 1965 film Invasion of Astro-Monster and the Gotengo from the 1963 film Atragon.

The production also includes stock footage to represent past kaiju attacks. However, given that Godzilla is locked away in ice and some of these were Godzilla films, it’s assumed that none are in the same continuity. The movies used as stock footage are: Varan (1958), Frankenstein vs. Baragon (1965), The War of the Gargantuas (1966), Space Amoeba (1970), Terror of Mechagodzilla (1975) and Godzilla vs. Megaguirus (2000).