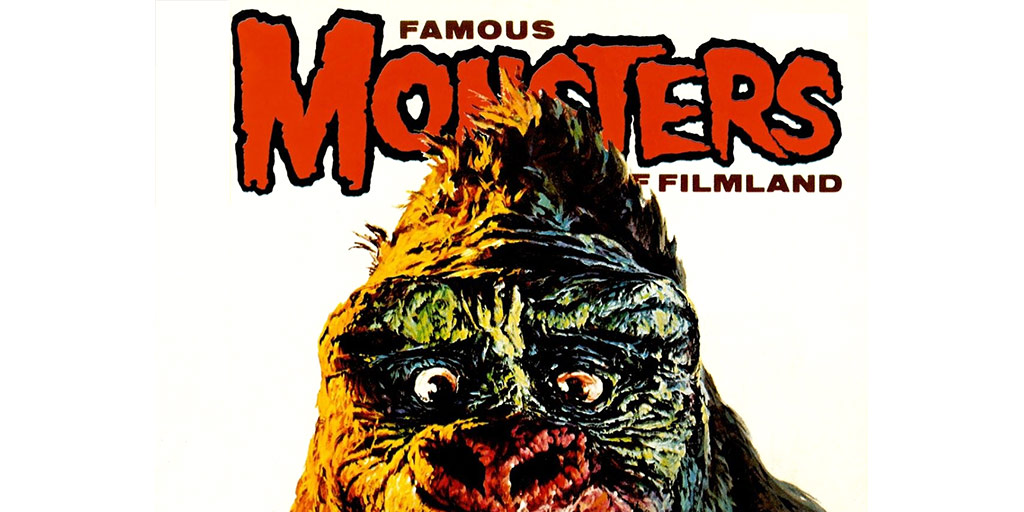 I’ve had the privilege of attending a few Comic Book, Horror, and Science Fiction conventions here in my local town of Dallas Texas. The month of May in 2017 saw the arrival of the new Famous Monsters Convention here named after the beloved fan magazine, Famous Monsters of Filmland. This was the first convention here in my home town that was dedicated to monsters as opposed to a general science fiction or horror theme. For a first time convention Famous Monsters Convention Dallas hosted an impressive list of guests. Ricou Browning who played The Creature from the Black Lagoon in the original Universal classic films, Sara Karloff the daughter of Boris Karloff, and even Sean S. Cunningham the creator of Jason Voorhees and the Friday the 13th franchise.

What drew my interest in the convention was the appearance of the featured guests of the whole event Shinj Higuchi and Keiichi Sakurai. Shinj Higuchi is to put it lightly a legend to the Kaiju fandom. He was the Special Effects Director for four films that are considered to be true classics in Kaiju and Tokusatsu film. Gamera: Guardian of the Universe (1995), Gamera 2: Advent of Legion(1996), Gamera 3: Revenge of Iris (1999), and Godzilla, Mothra, & King Ghidorah: Giant Monsters All-Out Attack (2001). In 2015 Shinj became the director of both live action Attack On Titan movies. His work on those two movies helped land him the job of Special Effects Director for Toho’s revival of their Godzilla series with Shin Godzilla (2016).

Keiichi Sakurai is both a director as well as a cinematographer. Besides working on several classic Toho Tokusatsu films, Keiichi began working with Shinji on both Attack on Titan movies and their partnership developed there would carry over to Shin Godzilla.

The convention ran from May 26th to May 28th and I attended all three days of the show. To my knowledge this was the first Famous Monsters Convention ever hosted in Dallas Texas and as such it was a significantly smaller affair than previous local conventions that have been running for a while now Like Dallas Comic Con. The smaller scale of the event helped give the show a unique and inviting presence that made everyone feel at home.

The convention hosted many events during the course of its run. I focused on the Godzilla related events. Shinj Higuchi and Keiichi Sakurai were prominently featured guests and as such there was a large Godzilla presence throughout the convention. The dealers room was filled with several venders and many of them were selling Godzilla goods from companies like NECA in America and Bandai in Japan.

Shin Godzilla Distributers and convention event host Funimation had a table where they were giving out Shin Godzilla posters, lanyards, and glow sticks.

Also present was Robert Pruitt. A local cosplayer who had made a truly fantastic Godzilla suit and was wearing it during the course of the convention, stomping around the vender’s room and posing for pictures with fans.

The main event for Godzilla fans was a screening of Shin Godzilla hosted by Funimation and followed by a question and answer panel with Shinj Higuchi and Keiichi Sakurai. This event drew a significant crowd and was a big highlight of the convention.

I will admit to some disappointment concerning this screening. This was a paid event separate from the cost of a convention ticket. Although this did include a exclusive Famous Monsters Shin Godzilla shirt and Poster it did not include any autographs from Shinj Higuchi and Keiichi Sakurai which were a separate purchase. Tickets for the Shin Godzilla screening were fifty dollars and the screening was held in a large ballroom and not a proper theatre. Also while ticket payers were first in line, the event was actually opened to non paying guests as well. While I’m glad more people could participate in the event I did feel some buyer’s remorse because of this.

The Q&A Panel with Shinj Higuchi and Keiichi Sakurai itself was a blast. Both guests were lively and full of excitement to be there. Unfortunately unlike previous convention panels that I’ve attended we were not allowed to film or record the panel in any capacity. According to Convention workers this was because of Toho themselves who posed strict guidelines on the convention. Shinj Higuchi and Keiichi Sakurai showed a great deal of behind the scenes pictures and information from Shin Godzilla, which is what caused Toho to play the whole event so close to the chest.

There was also a similar screening and Q&A panel with Shinj Higuchi and Keiichi Sakurai but this time the featured film was Attack On Titan Part 1. Shinj Higuchi and Keiichi Sakurai presented behind the scenes material for this film as well which again prevented any kind of recording of the event. To my knowledge unlike the Shin Godzilla screening, the Attack On Titan screenings were not paid events despite being presented in the exact same room and manner as the Shin Godzilla one.

Famous Monsters Convention Dallas is a new convention and like anything new had some growing pains. Despite some negatives I personally had a blast at the event. Meeting and getting autographs from the two legends that are Shinj Higuchi and Keiichi Sakurai was a truly amazing experience and I feel so blessed to have been able to meet them. While I do think aspects of the convention were mishandled, I do feel that Famous Monsters Convention Dallas was a good experience and one that I feel can grow to be a truly terrific event on the same level as any of the long running conventions.