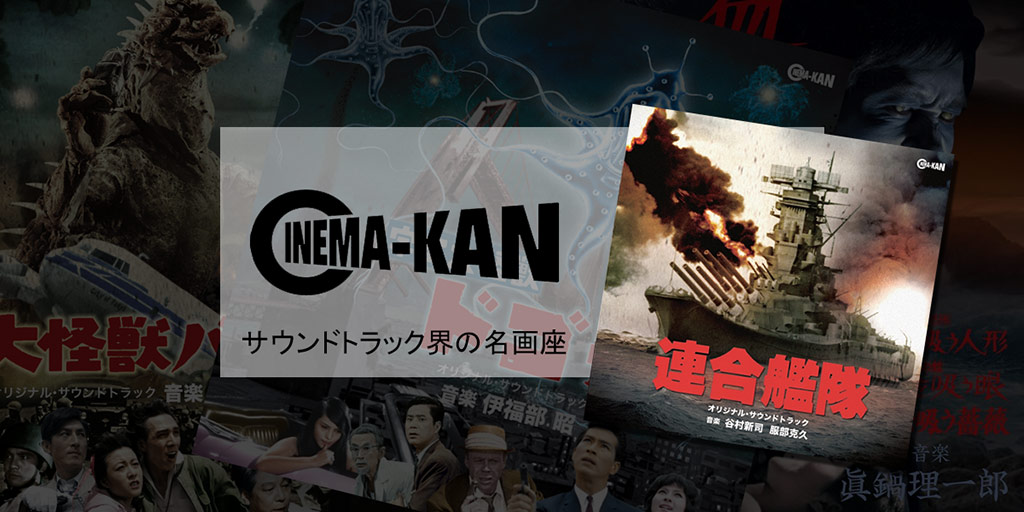 Shortly after the turn of the century, Toho Music was on and off releasing CD soundtracks. From scores around director Akira Kurosawa to the expansive Godzilla Soundtrack Perfect line, a plethora of titles were issued. That is until 2013, when news and future releases stopped. A two disc set for The Last War (1961) would mark one of their final releases… but the torch would be passed.

In 2014, a label called Cinema-kan burst onto the scene. Their initial offering for Toho was small, with a trilogy of “Science Fiction Movie World” compilations. These were faithful releases to CD of older LP compilations. The company wasn’t done, though, and branched out in 2015 to the more obscure with their next Toho release: one for the Bloodthirsty trilogy. The CD compilation collected music from Toho’s three 1970’s vampire films, but was only a hint of what was to come. In 2016 the company released six full soundtracks for Toho films, moving away from compilations. These ranged from previously released scores like Half Human (1955) to unreleased material like Kill! (1968). As of the start of 2019, the company has issued 19 separate releases related to Toho. As a result, the company has thrust themselves on the radar of Japanese soundtrack collectors, proving to release from a variety of genres along with several titles that have never seen full releases before.

This article is a news roundup tracking these releases as they are announced, or as major details are made available. Much of this is announced over the company’s Twitter handle, which is frequently updated.

This is more a catch up announcement more than anything else. Although it has been awhile since we last updated this article, Cinema-kan has continued to issue new Toho related soundtracks during that time. although have greatly slowed down their rate.

Over the summer, two Toho related soundtracks were released. The first of these was a May release of the soundtrack to the war film The Retreat from Kiska (1965). Although included in past compilations, this marks the first time the full score to the Ikuma Dan soundtrack has been released.  Beyond this the company also issued a soundtrack for Ninja Scroll (1993). However, this looks like the same exact 15 track soundtrack as the Toshiba EMI release, which itself was released in the US as the Jubei Ninpucho: Ninja Scroll – Original Motion Picture Soundtrack by ADV in 2003.

In addition, the company issued last year (showcasing how long it is since we covered their releases) a soundtrack for the Super Nintendo video game Super Godzilla. Sadly, that is about it since the 20 months ago that this story was updated in relation to Toho releases.

With The Legend of the White Serpent (1956) out, Cinema-kan is moving on to other titles in the Toho library. The next one, coming out today, is The War in Space (1977). This was given the two disc treatment, featuring both stereo record content alongside the original mono score. This includes the content found on the Toho SFX Champion Festival release, previously the best offering for the movie, along with additional bonus material and sound effects that previously weren’t released.

Cinema-kan continues to release science fiction films related to Toho. First up is a heavy weight in the form of the popular Gamera films from the 1990’s. This includes Gamera: Guardian of the Universe (1995), Gamera 2: Advent of Legion (1996) and Gamera 3: Revenge of Iris (1999), which were all composed by Kow Otani. 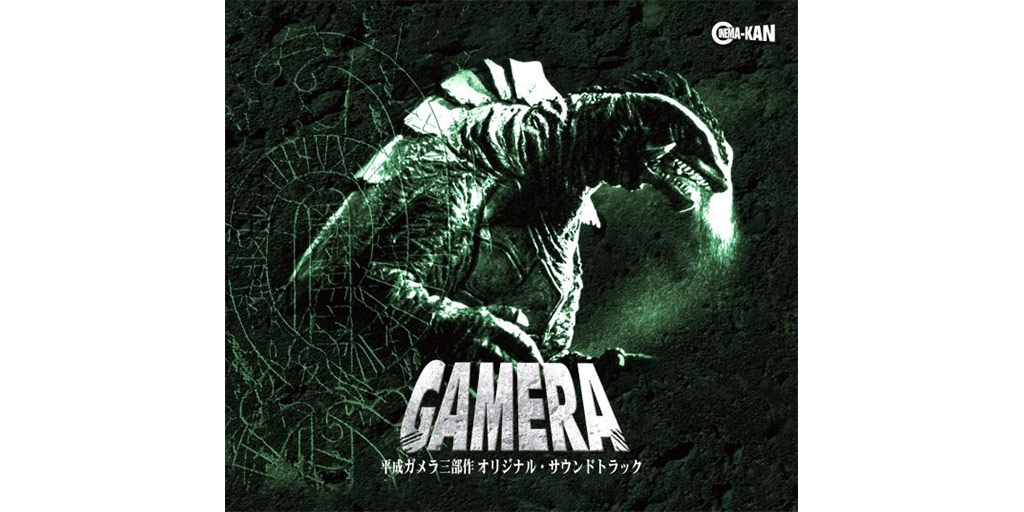 Being released as the “Heisei Gamera Trilogy Original Soundtracks” (平成ガメラ三部作 オリジナル・サウンドトラック), details are scarce except that it’s a three disc set. Hopefully it matches or surpasses what was available in the long out of print Gamera: 1995-1999 Ultimate Sound Tracks set by Tokuma. The upcoming Cinema-kan set will be released on November 20th, 2019.

The next bit of news is another title, although further out, as Cinema-kan announced it will be releasing the soundtrack to The Legend of the White Serpent (1956). No additional information has been noted at this time, except that it will be released on December 18th, 2019.

We are days away from the release of the scores for Gorath (1962) and Prophecies of Nostradamus (1974), each of which will be a two disc set. Cover artwork has also been released for the two titles, seen below.

Cover art for Gorath (left) and Prophecies of Nostradamus (right)

Although both have been issued on CD before, this will mark the first time the complete mono score will be made available for the 1962 disaster movie. Previously the stereo version was released in 1995 by SLC, and has been out of print for over two decades. The two disc set will also contain “trailer music”, which was absent on the SLC release, and other outtakes, which were previously available.

For the 1974 disaster movie, this two disc set will combine the complete mono score alongside the commercial stereo record that was created for the movie. This record version, created at a time when people were still adopting stereo over mono equipment at home, was sold on providing a stereo experience of the themes created by composer Isao Tomita. The Cinema-kan release looks to over both, covering material that was previously released by VAP alongside the stereo content found inside the Toho SFX Champion Festival box set.

In addition to these two impending sets, Cinema-kan has announced two more Toho releases. The first is for the movie Mount Hakkoda (1977), directed by Shiro Moritani. This release is a two disc set, featuring the lengthy score composed by Yasushi Akutagawa for the almost three hour movie. The other announcement was for an LP record release of The War of the Gargantuas (1966). This takes some of the material from Cinema-kan’s CD Frankenstein’s Monsters: Sanda vs. Gaira – Original Soundtrack set and presents it on a double sided LP. 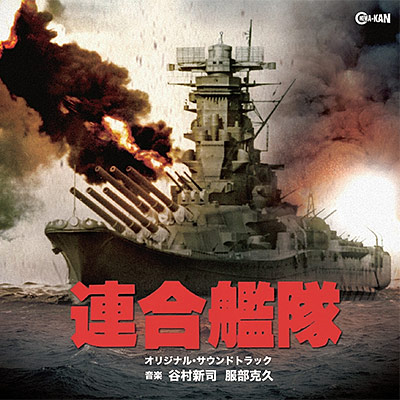 Today marks the day Cinema-kan issues their 20th release around Toho. That score is for the The Imperial Navy (1981). Created by composer Katsuhisa Hattori, father of Godzilla vs. SpaceGodzilla (1994) composer Takayuki Hattori, themes from the score were most recently available in Toho Music’s ambitious Toho War Movies Soundtrack Collection. That, however, only included five tracks from the movie, leaving much of the score unreleased.

Cinema-kan, though, is issuing a two disc set for the early 1980’s film. Touting it as including 94 tracks, with everything from unused material to stereo sources, the set appears to include a wealth of material around the production.

The good news for Toho fans, though, is not just what’s coming out today but also what is on the horizon. To that point, Cinema-kan has also announced their next two Toho releases, both of which arrive on April 24th, 2019. One is for Prophecies of Nostradamus (1974), which promises to include not just the original mono score but also stereo material that was created for commercial releases.

The other announced soundtrack is for Gorath (1962). This is of particular note as Toho Music once hinted at releasing this themselves before they stopped doing soundtracks. Cinema-kan is carrying that torch, though. Similar to how Toho Music did earlier releases, this will be a two disc set for the 1962 movie. Included will be both the original stereo and mono scores, along with touted bonus material as well.

July and August will be big months for Toho soundtrack fans as Cinema-Kan is releasing a large collection of Masaru Sato scores. The fun starts with a pair of Sato scores set to hit Japan on July 20th, 2016. These two CDs come from Cinema-Kan, who first popped on the radar for many thanks to their soundtrack releases of Vampire Doll (1970) and the rest of the the bloodthirsty trilogy. The label is now taking their hand at releases outside of the science fiction genre, although ones that will still be of interest thanks to Sato’s involvement in the Godzilla franchise.