Since the dawn of DVDs, Criterion has been issuing films to disc with a number on the spine. Seven Samurai (1954), for example, was their second release and is #2. With the advent of Blu-rays, this tradition continued, with House (1977) being an example of around this time and carrying spine #539. The company is now about to break past #999 and is ready to celebrate the shift to four digits. To commemorate this, and in an unprecedented turn of events, Criterion has announced that a slew of Godzilla movies will be joining The Criterion Collection for a Blu-ray boxset. This is not just a few titles, but is in fact the entire Showa series: from Godzilla (1954) to Terror of Mechagodzilla (1975). This will be a landmark release, the first time the entire original series has been available from one set in the United States.

Fans and casual collectors have for years lamented over the clustered approach to releases. Classic Media, Sony, Media Blasters, Universal… at any one given time, collecting the entire Showa series involved going across releases from a number of companies. That is if one was lucky, as there have been huge spans of time where certain titles have been out of print altogether. This 15 film set is historic for many reasons, involving working not just with Toho but also Universal as well, who owns the US rights to King Kong vs. Godzilla (1962). Having navigated that, Criterion will also make history for being able to release in the US, for the first time, the original Japanese version of that 1962 film.

The movies featured in the set are:

In total, the 8 disc set which is found in a 14 in x 10 in case includes (information taken from the press release):

Godzilla vs. Manda from a Destroy All Monsters Outtake – Image from Criterion 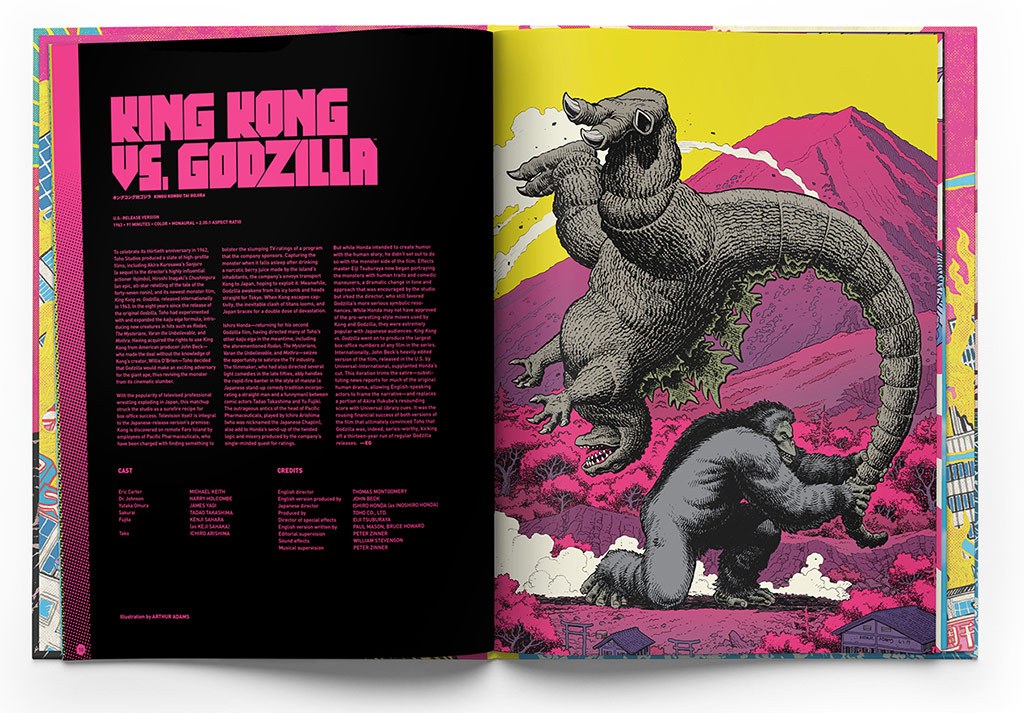 Despite all the positives, there are a few negative points from the information seen. First, the set will consist of 8 Blu-ray discs. This means movies will be sharing disc space with each other, reducing available space that could have been used for a higher bitrate video track. Second, the set is light on dubbed tracks. In fact, only 7 or 8, depending on how King Kong vs. Godzilla (1962) is handled, dubbed versions are included in the set out of a total of 15 films. It’s also missing the, arguably, important Godzilla vs. the Thing version of Mothra vs. Godzilla (1964), which contained additional footage for the frontier missile scene.

Regardless, this will be a historic home video release for the US market. One that will mark the first time many of these movies will arrive on the Blu-ray format in the United Sates. In addition, the initial reaction has been very positive as well, with the title (at the time of writing this on July 26th) currently ranking #3 on Amazon’d best sellers list for Movies & TV.

Excited about the release or have thoughts on what has been announced? Sound off in the comments.