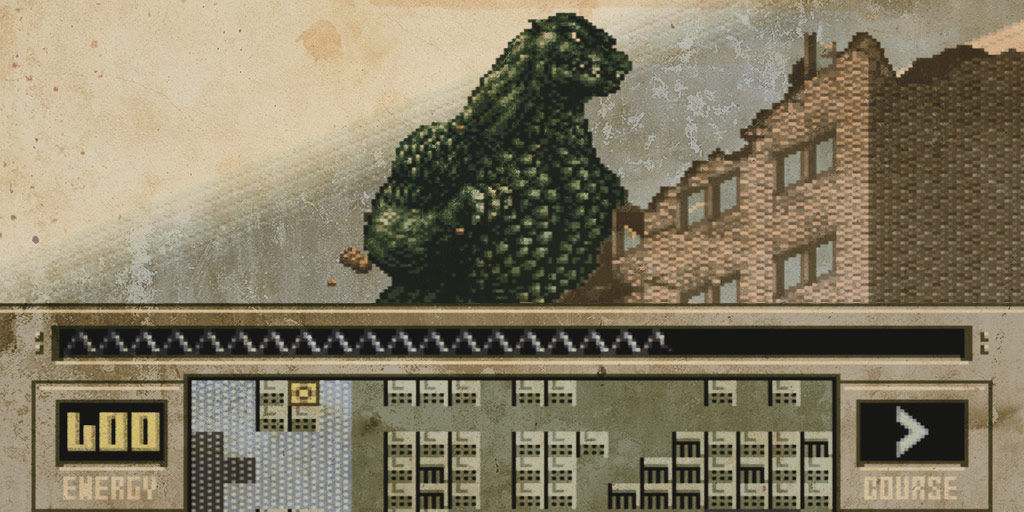 There was once a time when I would begin planning the annual April Fools’ joke weeks in advance. Sometimes the concept would be locked in as early as January. Those days are gone, at least from me. If I end up being in charge of the festivities, it’s gonna be a scramble, and April Fools’ day 2020 fit that description. Basically about 72 hours before the day of, there was no plan. Me and Chris mulled over possibilities, but came to no conclusion. I was waiting for inspiration to hit, and it did in an unlikely place…

At the time of trying to come up with a concept I was working on the comic panels for Nick’s review of Godzilla World, which he had translated. The book features not just a wide range of different Toho monsters but also styles as well. 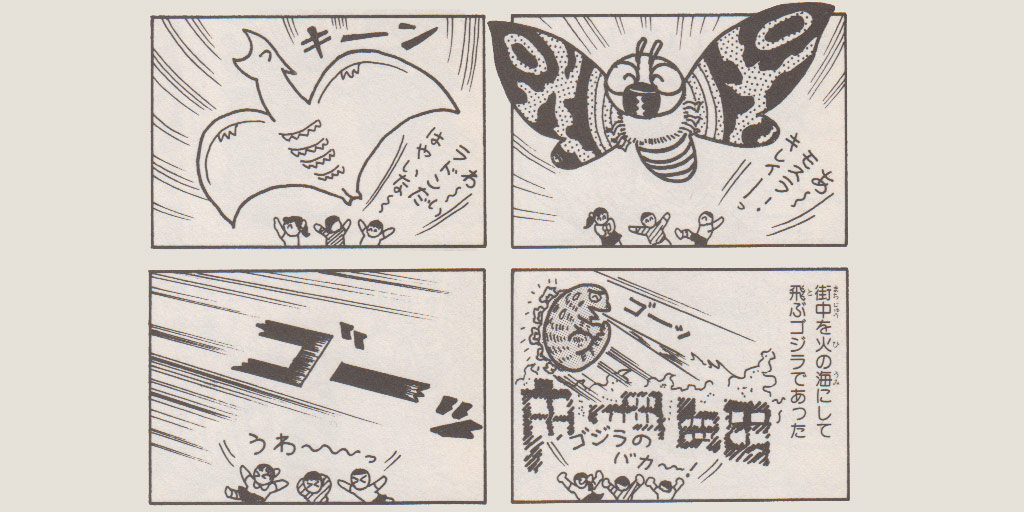 While many of them reminded me of old school mangas… a few reminded me of the type of comic strips you’d find in a newspaper. In particular the weekday ones, that weren’t given the full color glory of their Sunday edition brethren.

It was enough of a spark, though, to form the April Fools’ day prank: why not re-imagine the site as an old school new paper? With that thought the Toho Kingdom Times were born, and now came the task of executing on it.

First up was to decide on the format, which was a couple of comics and three stories related to historic upcoming events. Naturally the stories would be written so they were talking about things that already happened, but from the perspective of what someone might have written about them while they were still developing news stories.

Next was to decide the year. 1993 was selected pretty much right away. I’ve been asked if this was because it was ten years before the April Fools’ 2019 prank, which saw the site roll back to its 2003 design. That would have been a genius reason actually… but no, my reasoning was as mundane as using 1993 because that was the year Godzilla World was published and honoring that as the basis for this idea.

Third up was to establish the design. I briefly considered going with something authentic for the period, so a full color, mostly white design to match 1993. Instead I went for a very old timey approach, more like a newspaper circa the 1970’s that had stained yellow from sitting in a slightly damp attic for decades. The styles clashed, but I got a kick out of the idea of Photoshopping images to look retro and so ran with it. After all, the Toho Kingdom April Fools’ day events are rarely intended to actually fool people, although it did succeed at that for April Fool’s 2016 prank that the forums were closing down and when we once announced a membership donation feature way back before we started archiving the April Fools jokes. So I doubled down on the old timey idea, although I will admit I went way too far with the Super Famicom image.

The Toho Kingdom Times launched at 1AM, Eastern Standard Time. It stayed up for roughly 23 hours, before being removed at midnight. For those who missed it, or want to relive it, below is what greeted site visitors on this day.

Thoughts on this year’s April fools’? Feel free to sound off in the comments area below.