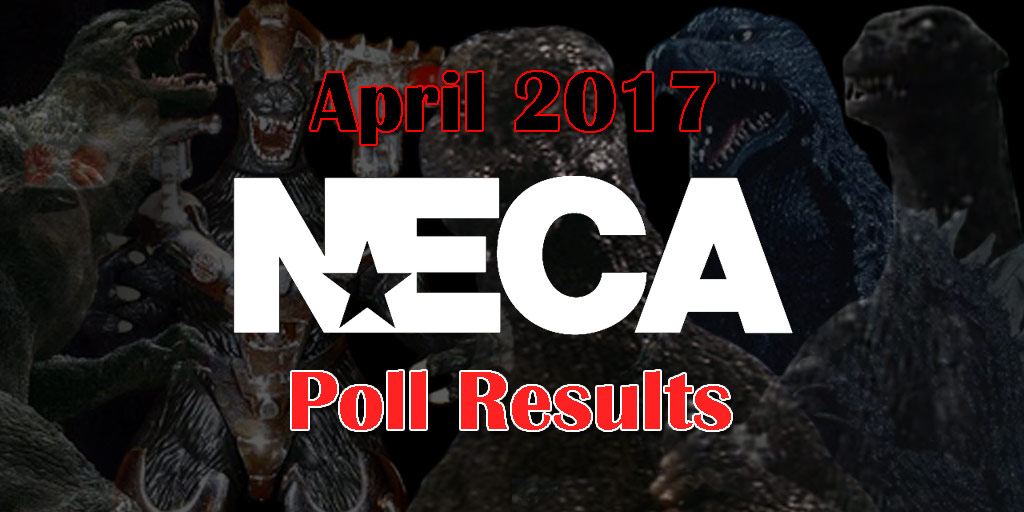 From March into April, a survey was conducted on the Toho Kingdom forums for the most-wanted Godzilla figures to be made by NECA (National Entertainment Collectibles Association). The survey allowed members to vote for eight official movie Godzilla designs, whether not yet made by NECA or variants of their existing sculpts, and an additional five miscellaneous designs from just about any other Godzilla-related media, such as the video games or the cartoons. In their votes, members had to give brief reasons as to why they wanted the incarnations they were voting for.

After 30 days, the survey was ended, the votes for the official and miscellaneous designs were tallied up, and the lists were condensed into a Top 5 and Top 3 respectively. While this by no means guarantees NECA will take these results into consideration, or that any of the following designs will be made, we still appreciate everyone’s involvement during this event!

With that said, here are the 2017 NECA poll results.