For the discussion of Toho video games and video games of Toho related characters only.
Post Reply
10 posts • Page 1 of 1

I've never played it but it looks pretty cool. Its an on rail shooter kinda like StarFox.
Has anyone played it? 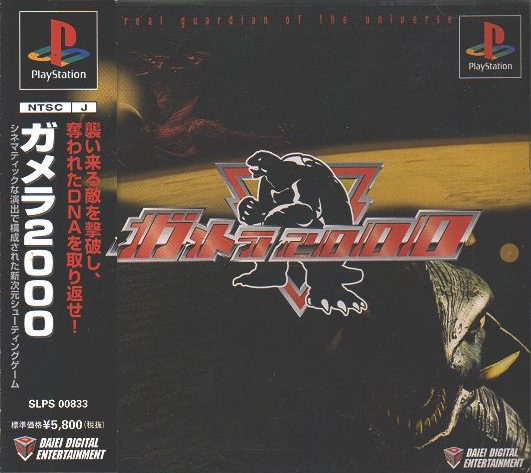 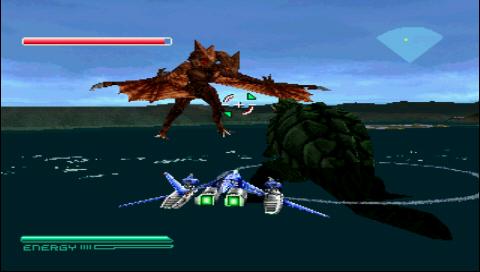 Maybe that should be moved to Video Games section? Cuz' its not Toho game.

Zilla103192 wrote:I like the overall design, but a few things bother me.

Like, why does he walk with his hands facing palm up? That looks so awkward.

"Where the hell did I park? I could have sworn it was by Shibuya."

The plot twist is Godzilla's just looking for his damn car. His hands are facing palm up as if telling the world 'What the skreeonk'

Dillyzilla the Kaiju wrote:I've never played it but it looks pretty cool. Its an on rail shooter kinda like StarFox.
Has anyone played it?

Own it & played it through several times. It's an awesome game!

I'm surprised they didn't let you play AS Gamera, you know, the star. You should be playing as him. That's like making a Spiderman game where you play as Mary Jane and Not Spiderman himself.
Shadow Arena Records:

Reminds me of Omega Boost, even has Live Action cut scenes. I'd love to play it if I ever found it.

Needs to be on PSN.

I've always known about this game and have been dying to play it. It looks kinda cool although it sucks you cant play as Gamera. That two-headed Gyaos is kinda cool too. Wonder what the story for the game is.

I actually liked that you are not playing as gamera , I enjoy being like a spectator on a ringside seat to giant kaijus duking it out in front of you.

Dillyzilla the Kaiju wrote:I've never played it but it looks pretty cool. Its an on rail shooter kinda like StarFox.
Has anyone played it?

Played it many times. I don't know what sales were like, but the game received good reviews (by those who could play it) in the USA. Gameplay is rail-shooting, and was often compared (favorably) to a game called Panzer Dragoon. Gamera acts as your wingman for most levels. You control your own craft's weapons and you also aim Gamera's fireball and spin attacks via a "lock on" targeting system. It's a very American-friendly game, if you can find a way to play it. The game even has an alternate English dialogue track! If you want to play it you'll have to find yourself either a Japanese, or a modded PS1 or PS2 console. The Playstation 3 console is only region-free for PS3 games, meaning it still enforces region-coding for PS1 and PS2 games.
Post Reply
10 posts • Page 1 of 1