For the discussion of video games not produced by, or related to, Toho and their films.
Post Reply
290 posts

I'm just curious to see what y'all's thoughts are on RE7.

Personally, I'm loving the direction of this game. I think it's great that they're going back to survival horror after the trainwrecks that were RE5 and RE6 and I've come to accept the first person camera and new characters. I already have the Deluxe Edition pre-ordered at GameStop. I also got my PSVR primarily for this game.
My Game Ideas Page | My Blu-Ray Collection

I just preordered the digital deluxe RE7 on Xbox One earlier this week. I can't wait to start playing it and the weekend after it comes out I have a little mini vacation too. Not sure how much I'll play it because there's a strong possibility I'll be moving during that time after just moving a week ago.
optimum in mundi
Top

Played RE7 , my first RE game. What an awesome game, to fans of horror games I would recommend it.
Top

I got the game and am loving it. It looks so skreeonking awesome in VR. Seeing poop jump out life-sized at you adds a whole new level of immersion to an already kickass game.

Glad to see Capcom get the series back on track after the clusterfucks that were 5 and 6. Resi was never supposed to be about shooting, punching and bodyslamming literally everything in sight. RE4 was a great game, but not a good Resident Evil game and it set in motion the ruination of the series.
My Game Ideas Page | My Blu-Ray Collection

RE2 is my favorite probably because that was my first introduction to the series. I can't wait for the remake of that to come out. Part of me wants it to still be 3rd person but I have a feeling they're going to make it first person. I just hope we get some more news on that soon.

Once all the RE7 DLC is out I'm probably going to go through and play the game again on easy to get the collectibles I missed the first time around then do the DLC stuff.
optimum in mundi
Top

It looks like we finally got our first bit of info on REmake 2's development, guys. It'll use RE7's RE engine, but more refined and the characters will be made to more closely resemble their original game counterparts (looks like they took notes from all the backlash regarding RE7's iteration of Chris). It'll also reportedly offer a TON of new content and may feature a blend of OTS and fixed camera.

My guess it'll be something like what we saw in the RE4 original build:

Spent about 7 hours on RE2 today. For the most part it has been a lot of fun with a lot of tension. I love how they make up for the lack of fixed camera angles with the lighting as there are times you hear a zombie, but can't see where it is until it's too late. The game can have its difficult moments. Hell, I almost died during the opening segment at the gas station.

Speaking of dying, I died a lot in the kennel area of the police station thanks to a pair of Lickers hanging out there. The worst part of the game is Mr X though. He's not neccesarily hard to run away from, it's the fact that you have to run away from him though that drives me nuts. He's like the Xenomorph from Alien Isolation just without the one hit kill. I missed out on a lot of goodies in the police station due to him.

The enemies are bullet sponges though. One zombie took 9 shots to the head before it felt and then I had to knife it a bit more. Sometimes it's better to just shoot a zombie in the legs and then slash at it when it is crawling at you. Additionally, the first boss,
Spoiler:
Birkin
was also annoying as I used up all of my acid rounds and flame rounds on him and he still wasn't dead. It took another 20 shots to bring him down. I can only imagine what he is going to be like later on in the game at this rate.

Chief Irons is also way creepier this time around, like pedophile creepy.
Anyway, I think I'm about halfway done if I base it on the structure of the original game. Of course, for all I know, they added a whole new section and I could only be a quarter of the way through. I do like how everything is done in a more realistic manner, though it does make most of the puzzles easy to solve. I can't say there was really one that truly stumped me. The atmosphere is intense and there are some truly epic scenes. I just wish they had kept Mr X scripted though because if this is how they are going to do Nemesis (assuming they do a RE3 remake), it's going to be one annoying ass game. 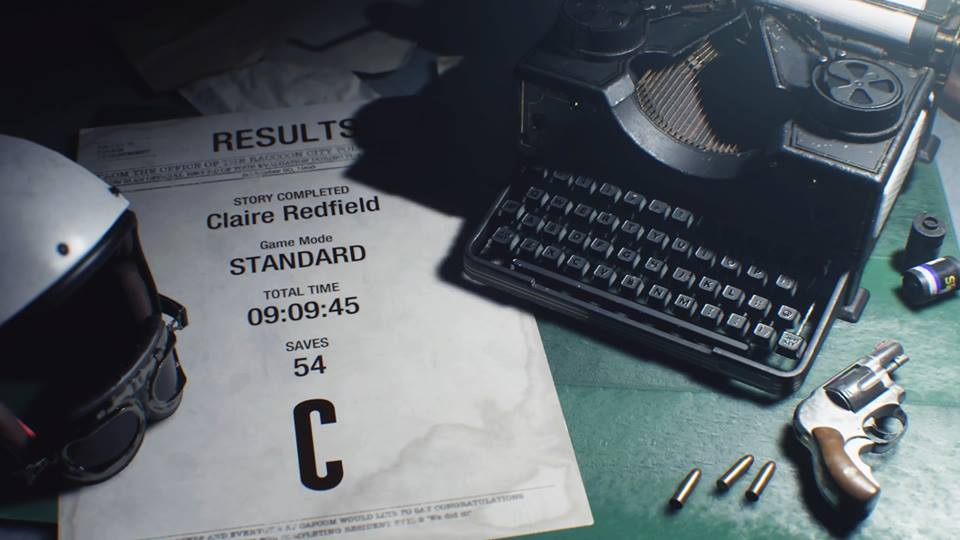 Finished Leon A the other day now I'm working on Claire A. Yes I know I should have done Claire B but I wanted to do the Claire A story too. After I finish off Claire A I'm probably going to take a break from RE2 until the summer then work on Leon and Claire B scenarios. Or maybe I'll wait closer to the inevitable RE3 remake release to do those scenarios.
optimum in mundi
Top

I am now officially done with the game since I just completed Claire B. 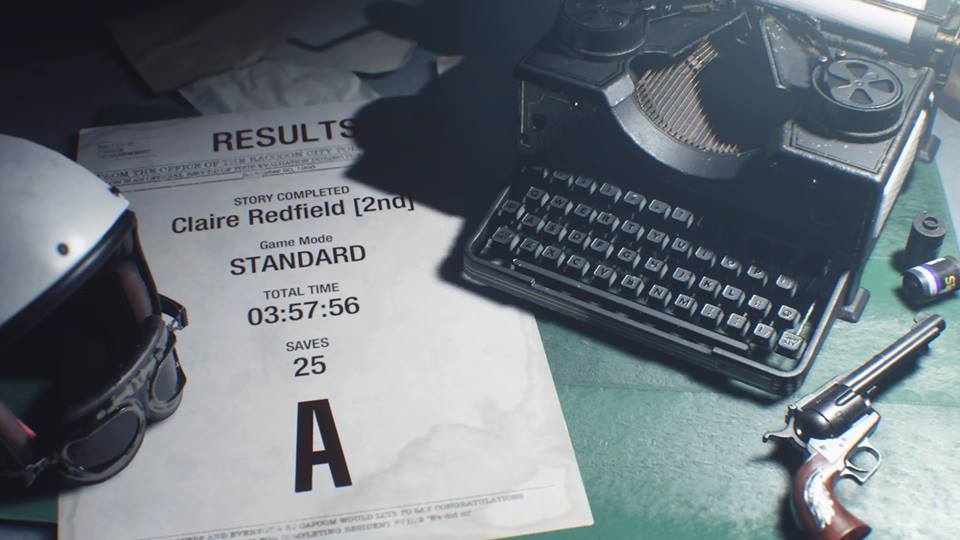 I have to say, I feel like Claire got weaker in her B scenario compared to her first because like I was at full health at one point, a zombie bit me once, and suddenly I'm on Danger. Even Birkin 3 hit me once at full health to knock me on Danger. It got quite annoying. I didn't think I was going to have any health items left by the time I got to the end of the game.

This was a damn good game, even if it wasn't perfect. Replaying the game with the original's soundtrack was so damn awesome and I loved the 98ish styled costumes I used on my second playthrough. I hope they manage to remake RE3 and make it this good instead of the action oriented Bayplosion fest of the original. With that said, see you later Raccoon City as Spider-Man has been calling my name.

I finished Leon A. I didn’t know that there’s an A and b scenario with each character and I’m an hour into Claire first time. Is this an issue? I don’t mind replaying things, it’s a fun game and it feels great breezing through things with some foreknowledge.

Good news for us with an Xbox One, Code Veronica X is now BC on the One.
optimum in mundi
Top

I`ve been playing REsident Evil 4 on the Switch. Once you get used to the controls the game is fine, I`m having a blast, but I realized how dumb I was most of the early game (I didn`t realize Leon could run, or that there was a quick turn around button).

Nobody makes things like Japan eh? Been an RE fan for quite some time. RE7 was decent, but that RE2 remake was stellar. I can only hope the same happens for Nemesis. Given how well the game seemed to do, it certainly is possible. That would have the potential to be among the best RE titles.
Top

Omegazilla wrote:Nobody makes things like Japan eh? Been an RE fan for quite some time. RE7 was decent, but that RE2 remake was stellar. I can only hope the same happens for Nemesis. Given how well the game seemed to do, it certainly is possible. That would have the potential to be among the best RE titles.

After the RE2 Remake I’m fully invested in the series and can’t wait for Nemesis.

I just finished RE4, the switch port, and now I’m eagerly going to go through the series with Resident Evil Zero, 1, and Revelations 1+2. If anyone has a switch, and doesn’t have another way of playing these games, I highly suggest getting them.

Anyone think they should do a Netflix series of this?
Formerly Kaijucole in 2006.
Top

There's heavy rumors that one is happening.
optimum in mundi
Top

There's heavy rumors that one is happening.

It would be smarter than to do a movie reboot.
Formerly Kaijucole in 2006.
Top

Oh I agree, Netflix or even Amazon Prime could do wonders for RE.
optimum in mundi
Top
Post Reply
290 posts