For the discussion of Toho comics, books, posters, trading cards and any other merchandise that doesn't fall under the other categories.
Post Reply
2 posts • Page 1 of 1 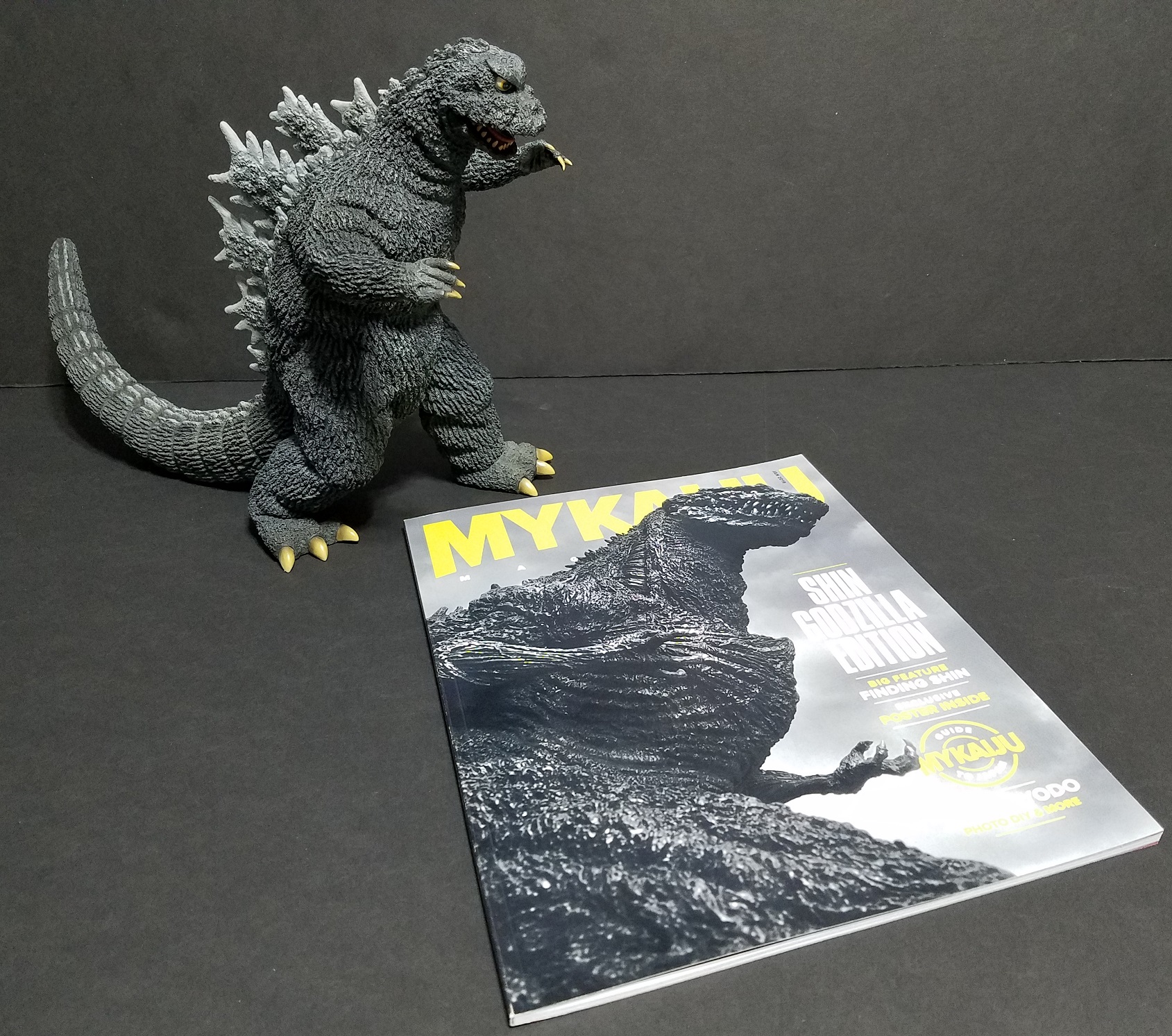 The Tokusatsu/Daikaiju Eiga fandom is, in this modern age, vast and varied, existing for the most part in the digital space, ethereal and fleeting. We have our films, and our figures, the occasional manga and book, but beyond these things, tangible evidence of the fandom, generated by fans, are few and far between.

For decades, as fans, we survived on scraps of information gleaned from print sources like Starlog, or Fangoria, or Famous Monsters Of Filmland, always starving for more.

In 1993, J.D. Lees gifted to us all the King Of The Monster Magazines, G-Fan and over a quarter century later, G-Fan still going strong, has stood alone as the repository of rubber-suited radioactive reptilian righteousness.

Now, it seems an event far to the east, affecting millions of Japanese, inspiring a allegorical tale of monstrous disaster, and a country's fight to survive, has inspired one man to creation.

John Ruffin, a graphic designer by trade and hobbyist toy photographer, has released the first issue of MYKAIJU, a "fanzine" dedicated to all things Godzilla, Kaiju, and Japan. 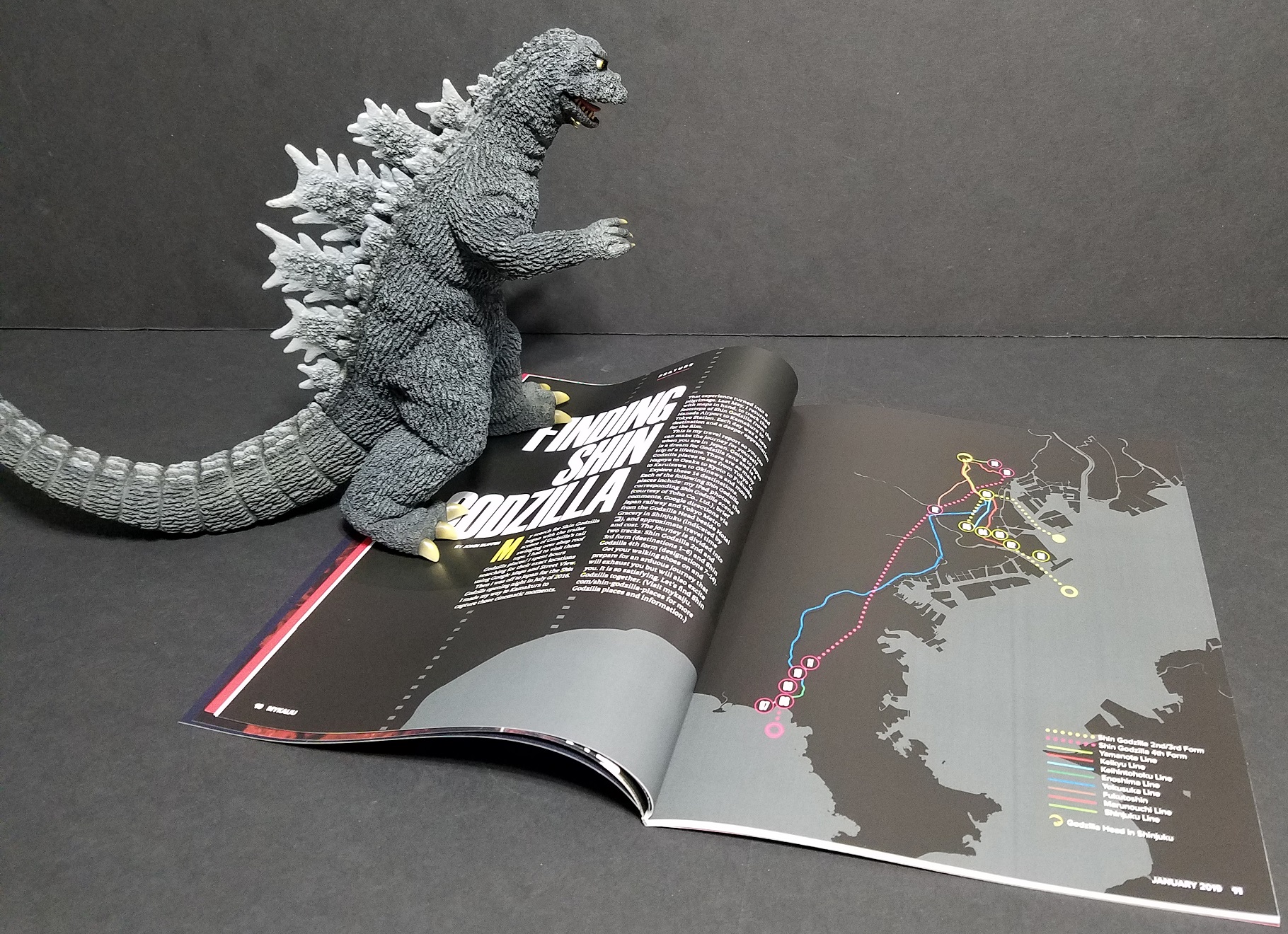 If you've ever visited John's website of the same name, https://mykaiju.com , you are no doubt aware of his incredible photography of Godzilla toys and figures by X-Plus, Bandai, Kaiyodo and other manufacturers. His career as a graphic designer shines through in this arena and his skills in the aspects of composition, lighting, effects and presentation are world class, with the result becoming completely indistinguishable from Toho's own production stills, when that is the intention, or becomes the stuff of the dreamscape when John ventures into the world of the original concept. This is Godzilla shown in a way you may not have ever seen him.

The magazine gives you the opportunity to have physical evidence of these works of art, for the first time. 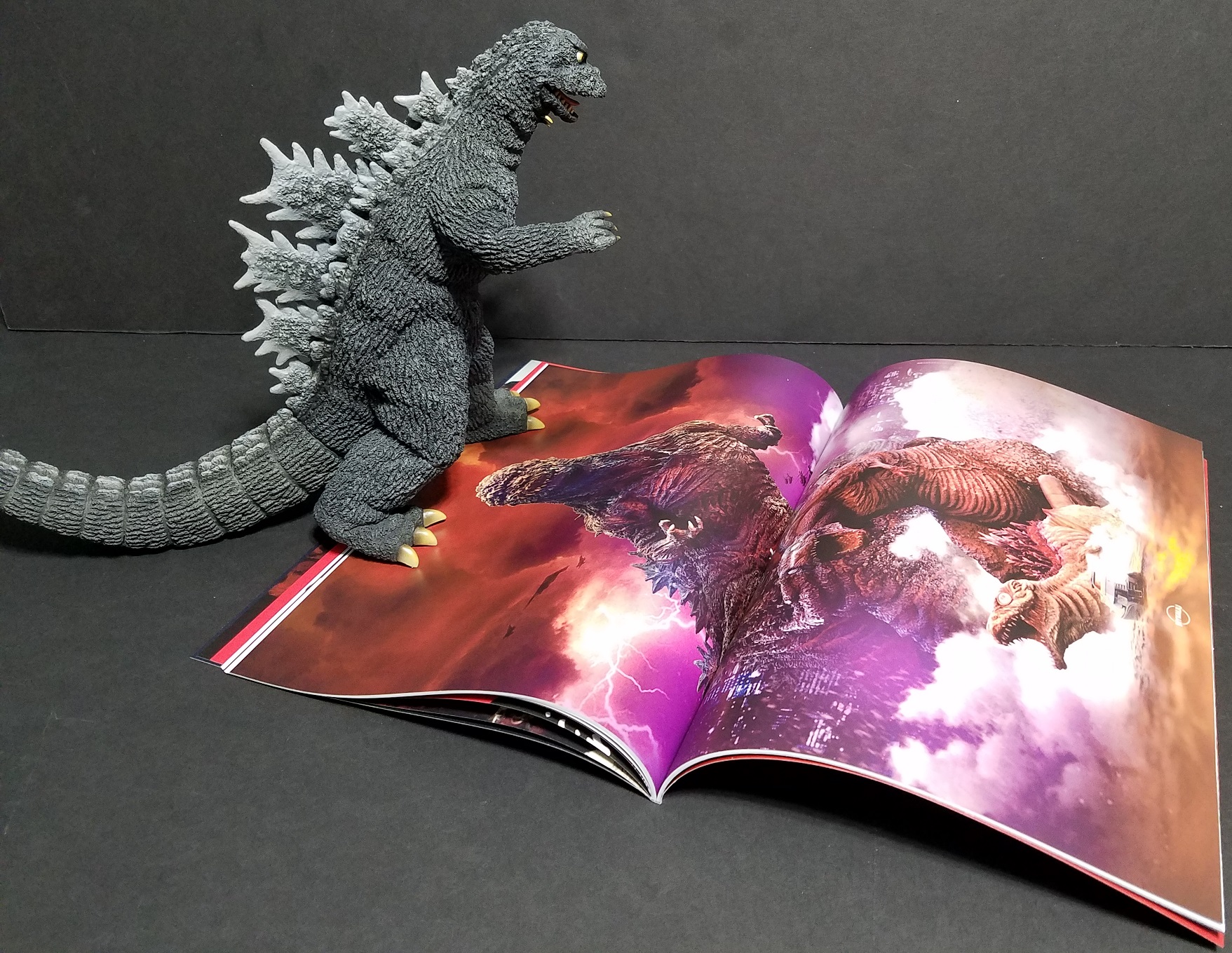 Sprinkled throughout the magazine are a handful of advertisements, which feel more like shoutouts to his friends in the Kaiju Community to be honest, and less like we're being sold anything.

John's graphic designer skills are evident throughout, with clean, slick, professional graphics enhacing John's photography and concise "everyfan"-style writing. There is no condescension, and you get a feeling that this is a friend, sharing his enthusiasm with you, dressed in the cosplay of a much larger print company.

This first issue of MYKAIJU largely features 2016's Shin Godzilla, with the greatest portion of the pages dedicated to John's 2018 trip to Japan, retracing the rampage ofShin Gojira, beautifully documented with photographs, and excellent commentary on how to find the locations, making the magazine an indispensable tool for anyone making a pilgrimage to Japan for the purpose of hunting Godzilla. 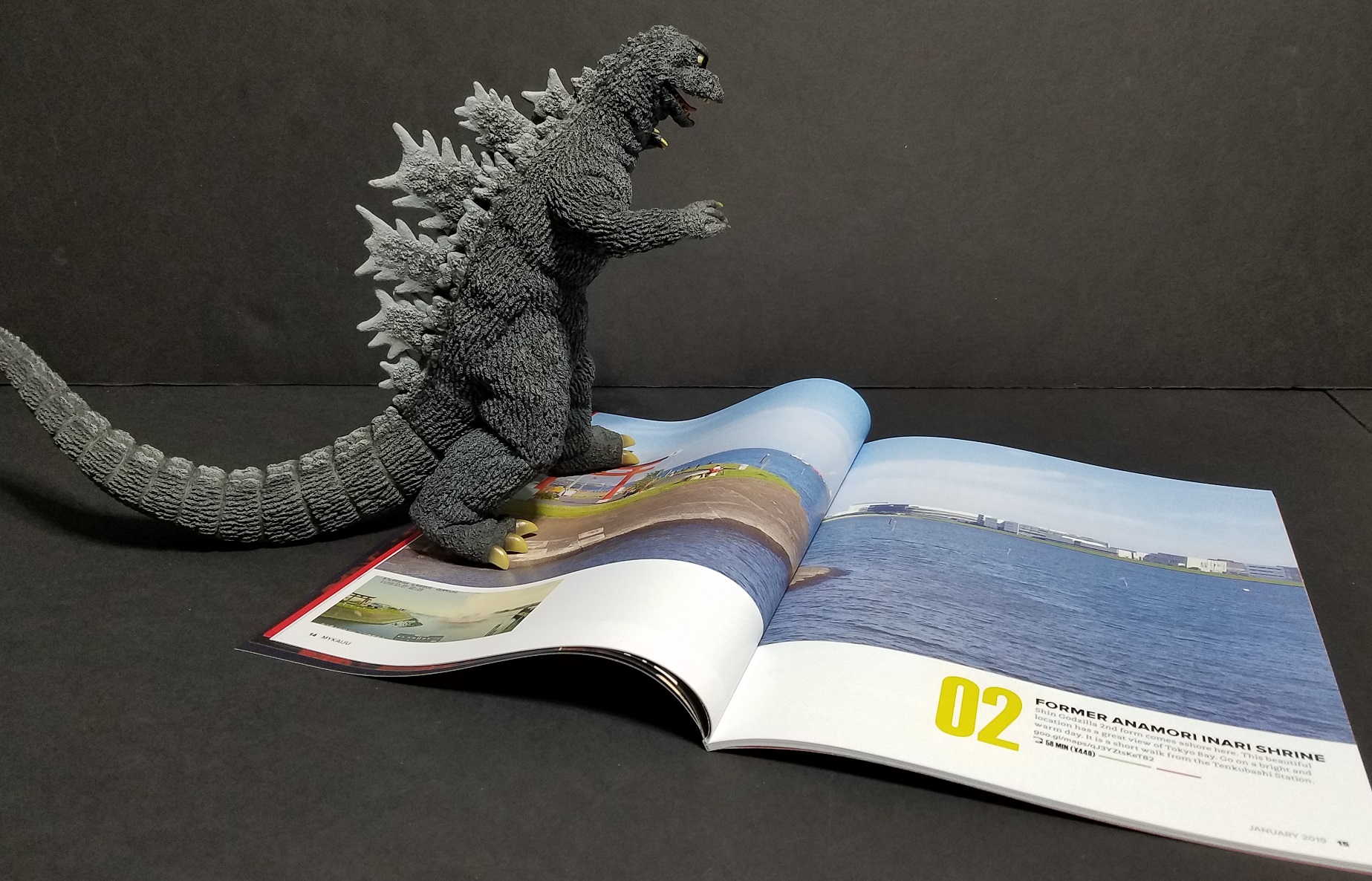 For John, though, Shin Godzilla holds a deeper significance. If you're a reader of John's excellent blog over at MyKaiju.com, itself a wealth of knowledge, images and cool Kaiju Eiga behind the scenes goodies, you'll know that John was living in Japan on March 11th, 2011, the day the earth shook, the wave inundated the coast, and the Fukushima Nuclear power plant was damaged, leading to consequences that the nation, and people of Japan will be living with for many generations to come.

His blog posts on the matter are a clear illustration to the power of Gojira as allegory, and if you've never known the 1954 or 2016 films in this way, you owe it to yourself to seek out John's short, but powerful words on the subject. It is instantly obvious that these films, and his fandom have been a source of peace and a doorway to understanding for John, and knowing how that day affect the creator lends the artworks, and the magazine a deeper meaning. Not only is MYKAIJU a beautiful piece of art, a wonderful document of fandom, but it is a touching memento of a man's memorial to a terrifying time he shares with an entire nation.

The first issue of MYKAIJU is availble from https://mykaiju.com/ right now, for a paltry $19.99. The magazine prints on an as-ordered basis, so it takes a few days to ship, but it very much worth the cost, and the wait, in my opinion. 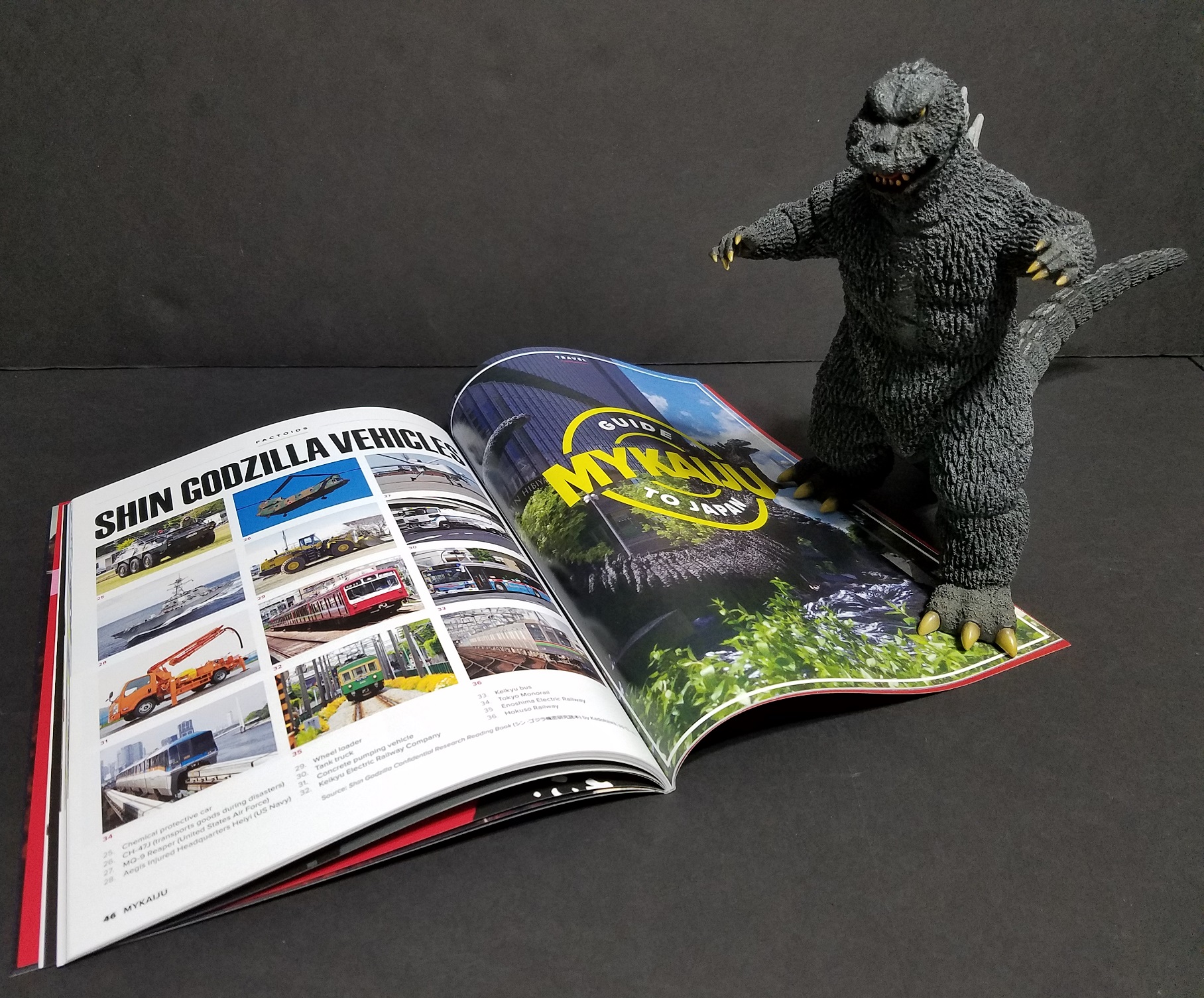 If I have one hope for the future, it is a selfish desire for greater detail in how to create the toy/figure photography that Sensei John does so very, very well.

With this premiere issue of MYKAIJU, John Ruffin has simply knocked Ghidorah out of the atmosphere, how he intends to follow it up, I cannot wait to discover.
Last edited by ApexOversteer on Sat Sep 28, 2019 4:39 pm, edited 1 time in total.

Re: John Ruffin's My Kaiju Magazine: Passionate Enthusiasm Made Tangible

Issue 2, dedicated to the Showa Era, is out now!

I'm deeply honored to have been chosen to have a submission included for publication! 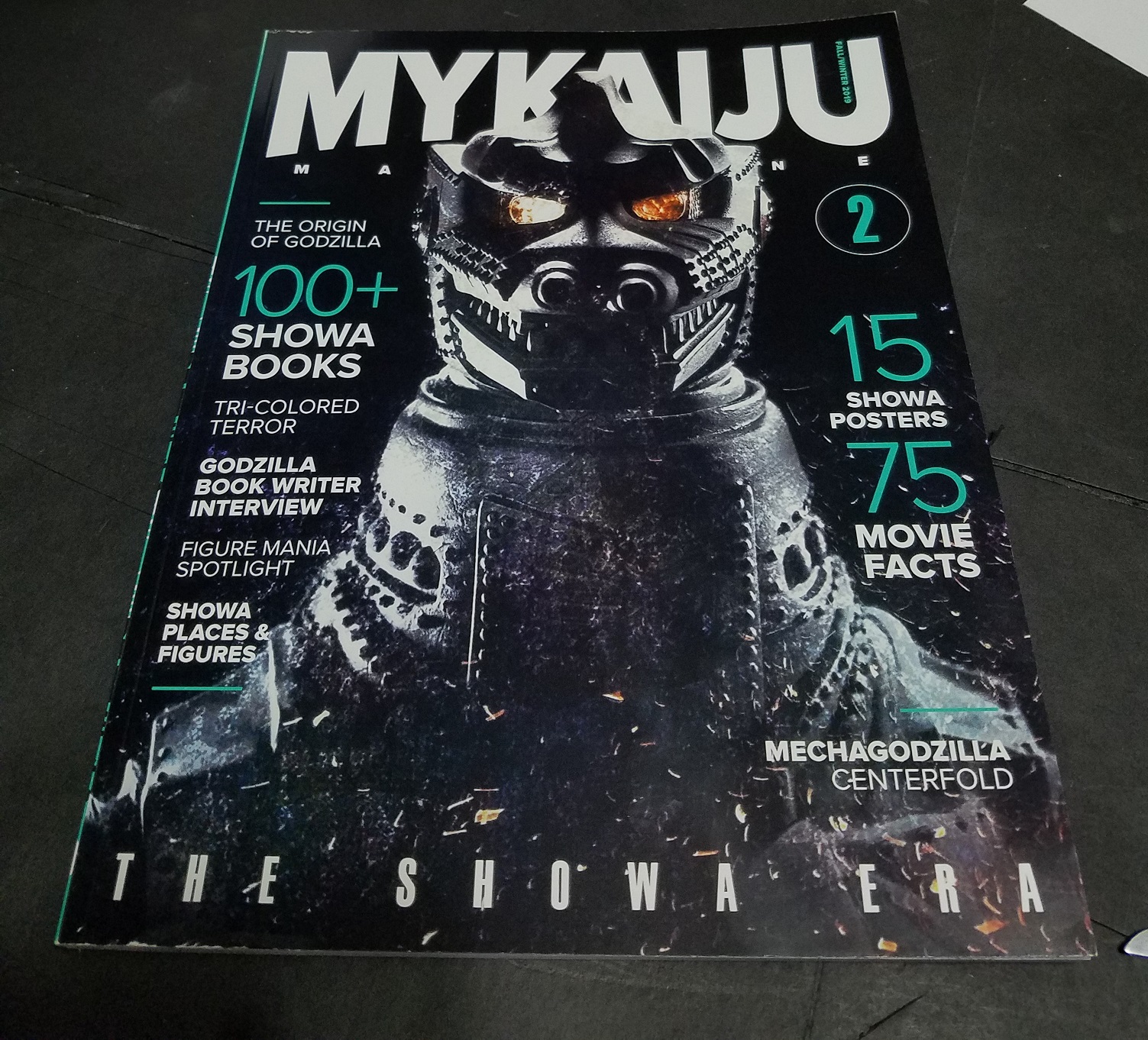 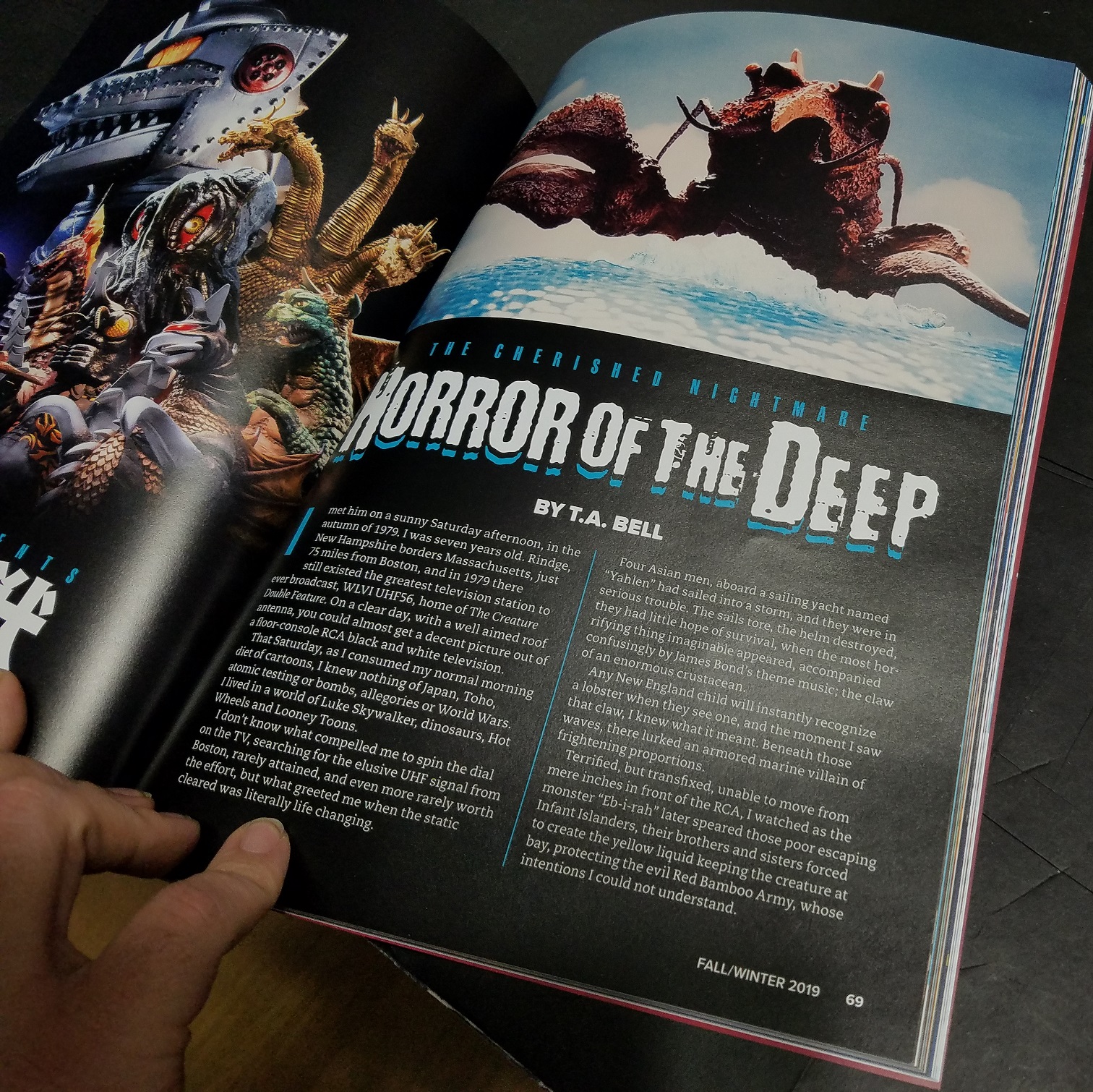 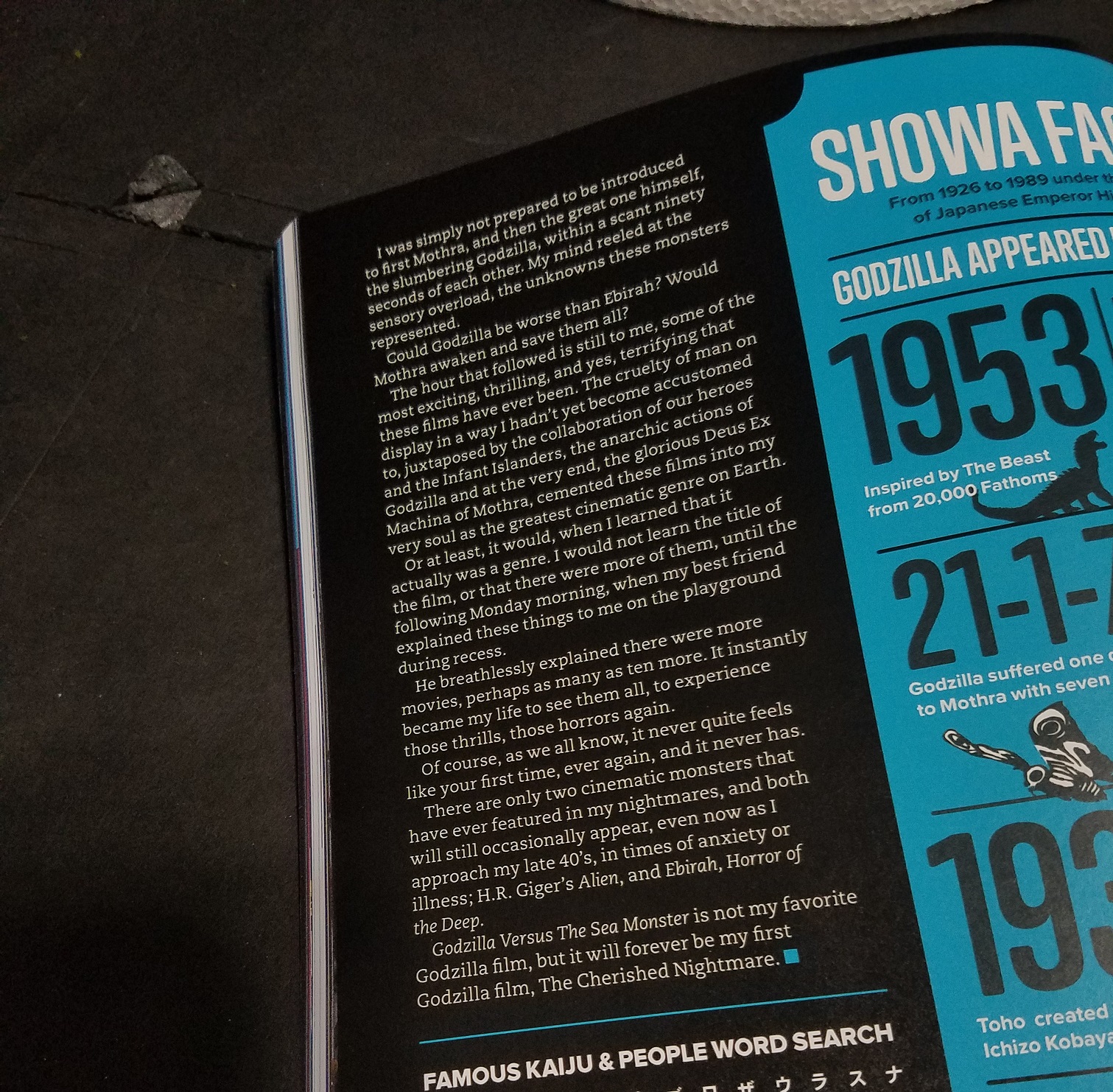 Issue 2 is a massive 144 pages, available for order at https://mykaiju.com/