The King of the Monsters is back and bigger and badder than ever before! Godzilla returns, this time sporting an updated design from his 2014 appearance. How do you feel about this? Do you like the new changes or do you thing they ruin the design? Let us know below!
Last edited by PitchBlackProgress on Sun Dec 02, 2018 1:58 am, edited 2 times in total.

I love the updated spines and the feet! The tail is different too I believe less whip like. Love everything about it! And oh those spines! 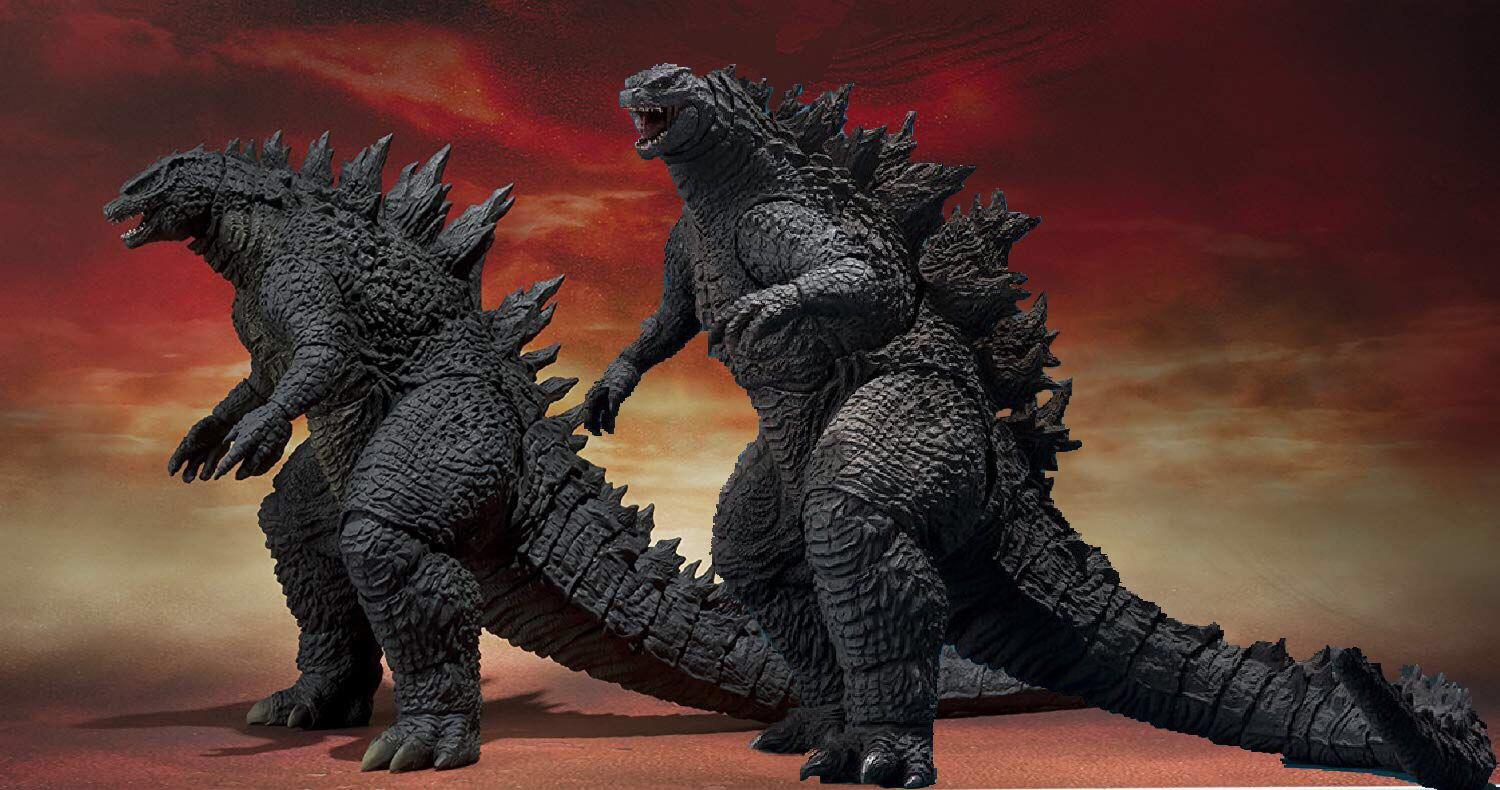 It’s perfection. Dougherty fixed all that was wrong with 2014’s and I thought that was near perfection and one of my all time favorite designs. 2019’s is truly what a Hollywood big budget Godzilla should be to me.

zilla92 wrote:It’s perfection. Dougherty fixed all that was wrong with 2014’s and I thought that was near perfection and one of my all time favorite designs. 2019’s is truly what a Hollywood big budget Godzilla should be to me.

Agreed 100%. While I like the 2014 design, the update makes it look infinitly better- I absolutely love the bigger and more pronounced spines and claws. The tail is a pretty nice touch imo, I like how Toho-esque it is.

Overall, I think Dougherty might have created the definitive Hollywood Godzilla. A perfect blend between old and new.
Last edited by Dv-218 on Sun Dec 02, 2018 2:19 am, edited 1 time in total.

Should have left the feet and tail alone. But spines and hands look better.

gottatalktothefake wrote:I’m kinda disappointed, I just expected to LOVE it. I just thought it was an alright 6/10.

Love the larger, more creative twist of the spines. Gives Godzilla even more character, I feel. The rounded tail tip looks great, too.

Meh. He's not "that" much different. If anything I don't see why they felt the need to give the tail a round tip. It was fine the way it was imo.

I like everything but the texture of the dorsal fins. The shape is fine, but they seem to have this craggy, rock-like texture that sticks out like a sore thumb to me.
@mushroomzeroart

I'm very conservative about the original look. I would like a more classic muzzle and small ears (at least something that would mimic the shape of small ears).

And, of course, a little bigger head. Predators have large heads due to their powerful jaws (crocodiles, big cats, dinosaurs, birds of prey). The legendary Goji reminds me of a sauropod, or a chicken ... A sturdy neck with a small head on top.

I'm not saying he's ugly, actually he's fine! Beautiful, powerful, majestic. But that isn't the "definitive design" for me.

I really dig the dorsal fins. One of my most minor complaints about the dorsal fins from G14 is that they were just sorta there, small and unmemorable. I suppose people can assume, if a direct answer isn’t given, that Godzilla’s spines grew or changed after sleeping and recovering with his fight with the Muto.like the atomic beam awakened him. Godzilla designs slightly (or drastically) changing in the same continuinity has never been a big issue.
Last edited by LSD Jellyfish on Sun Dec 02, 2018 7:17 am, edited 2 times in total.

After having some time to look it over I really love it, people have been making a huge deal about the feet even though al they did was splay the toes out. The spines took me a little while to get used to but all in all I really like them.

I still think I liked the old design better so I'm not sure whether I should vote for I love it or I liked the old one better
Last edited by gottatalktothefake on Sun Dec 02, 2018 7:19 am, edited 1 time in total.
Legit, every KoTM hater I have ever seen on social media or interacted with are all the same. They are either these young kids to middle aged adults so detached from anything beyond the Japanese films that they can't enjoy anything that doesn't begin with one of the Toho logos. They're the type that would of had no issues with KoTM if it was a Japanese-made production and think films like Godzilla vs. Monster Zero are the pinnacle of human drama.
-MM

I think he looks better than 2014. This is my favorite look for the MonsterVerse Godzilla.

MechaGoji Bro7503 wrote:I think he looks better than 2014. This is my favorite look for the MonsterVerse Godzilla.

I agree with this. Imo the 2014 design was fine, but I didn't like the small and triangular fins. Glad to see they changed them to look bigger and more classic. I like the fact that he has bigger arms too, and that his gills are less apperant and more tucked to his body.
Imo this design keeps the best qualities of the first one, so the updates don't feel out of place.
Last edited by Dv-218 on Sun Dec 02, 2018 8:25 am, edited 1 time in total.

Definite improvement. The original design was perfectly fine but the rather generic GINO-esque spines weren't quite Godzilla-like enough for my tastes. These are much better. If I have one complaint its still the color of the spines. Godzilla's spines have always been silver or bone colored, it helped to make them stand out more against Godzilla's dark skin. Made them pop a little more. It's more a nitpick than anything but its still something that annoys me a little.
Rocker, paleo buff, cryptid enthusiast, Dragonball fanatic, and lover of comic book, video game, manga, & anime babes!
Follow me on Twitter, if you dare! https://twitter.com/TLK_1983

I was never bothered by the feet on the original, however, I do like the new design of the feet better. The dorsal spines are a MAJOR improvement for me. I was very disappointed how small, generic, and insignificant the originals were. The head has also been slightly enlarged as has the eyes. I'm very happy with the changes!
Last edited by Gojira1963 on Sun Dec 02, 2018 9:15 am, edited 1 time in total.
Liam F.

I really liked the 2014 design, but the feet did annoy me a bit. This slightly upgraded version really does improve the design. Not much I can say otherwise.

What can I really say about his new design? They took what was already one of my favorite designs and improved it even further. They just made him come closer to competing with Heisei Godzilla as my favorite look for the character.

I really like the new spines and feet, but one thing I don't like is the shorter tail. I liked the whiplike tail of 2014. All in all, an awesome design.

They improved on what was almost an already perfect design, So no complaints from me. Love the updated spines they look so much better, the feet are also a big improvement but I didn't really mind the 2014 feet.
An the tail is so minor, but it's also a nice improvement.

That being said this is possibly the perfect Godzilla design, pretty much rivaling ''Godzilla vs Biollante'' which has held that title for quite a while.
Post Reply
58 posts