For the discussion of Toho toys, models, figures and other collectibles of this nature.
Post Reply
7 posts • Page 1 of 1 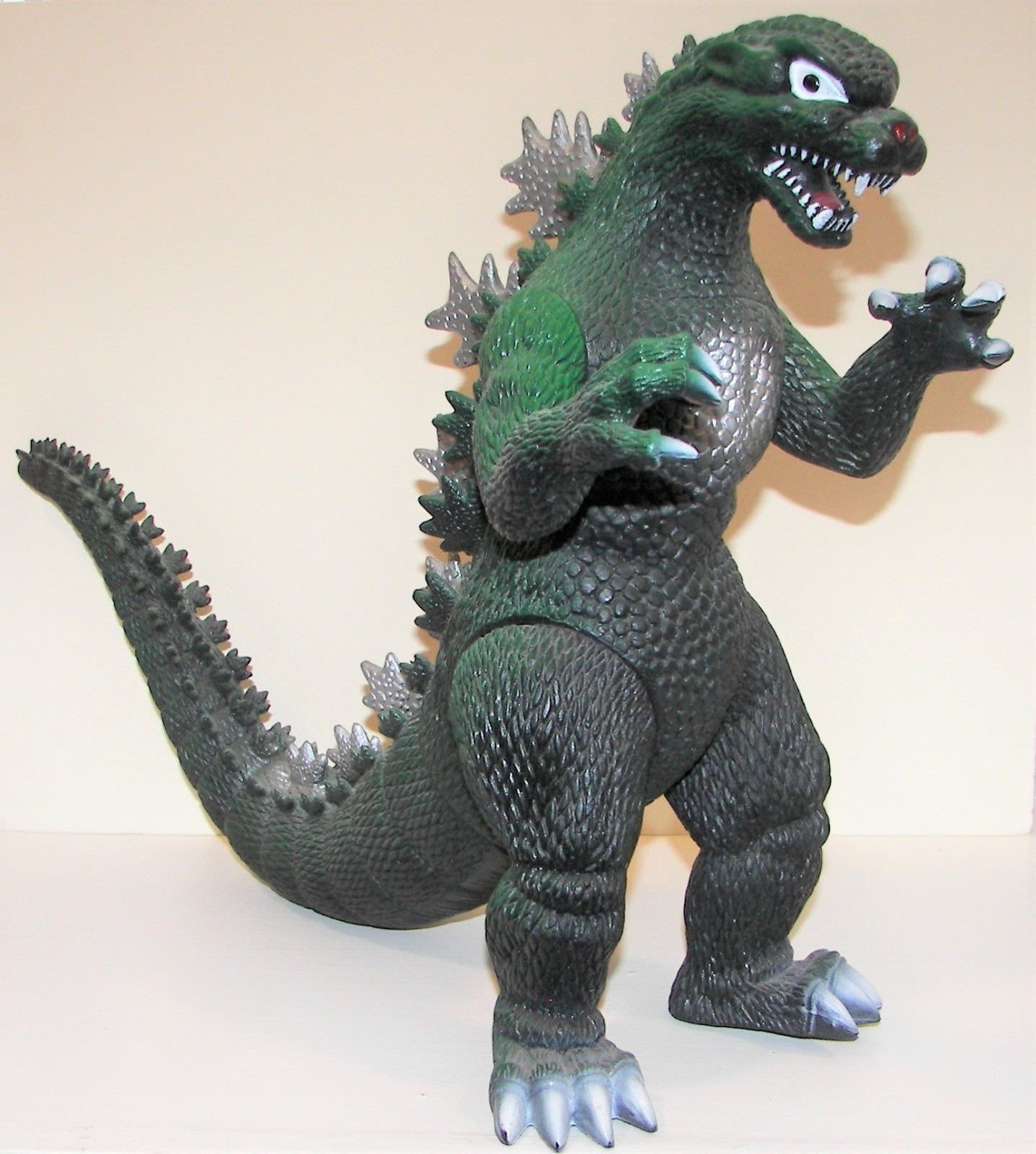 Someone new asks for information about this figure every couple of months, usually in the 'TK's Official "Identify this figure/kit" Thread', so I decided it could use it's own write-up that we can point to, to help newcomers when they come across one.

This figure is odd in that it's not exactly a copy or bootleg of another figure, although most people mistake it for the Imperial 13" figure for good reason. The unique sculpt blends parts of other figures: the body and tail borrow from the 1985 13" Imperial figure. The arms and legs, or at least the hands and feet, are from the 1994 Trendmasters 10" light-and-sound figure but blend into the Imperial-styled parts fairly seamlessly. The head itself also draws heavily from a Trendmasters figure, but the eye and muzzle shape lead me to believe it's copied from the rubber-skinned "walker" figure and not the 10" figure. The center row dorsal spines are not those of the Imperial figure, and are positioned differently along the back, but they're not the Trendmasters version either. 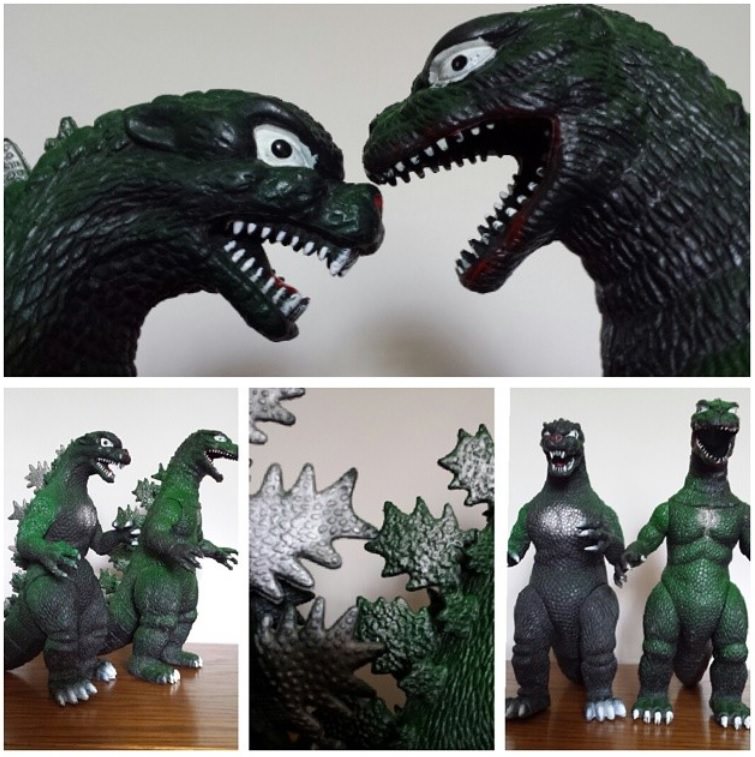 I've seen photos of a figure sporting an Imperial-like hang tag which called it "Super Dinosaur". I've also seen photos with tags that simply call it "Godzilla". I've read that these figures were manufactured by Guangdong Ausini Toys of Guangdong China, but I have no way of verifying this. The only marking on the figure itself is the label "Made In China" on the underside of the right foot. With no manufacturers' mark on the toy itself, it's impossible to verify who the actual manufacturer was - but what should we expect? These are unlicensed Godzilla figures! 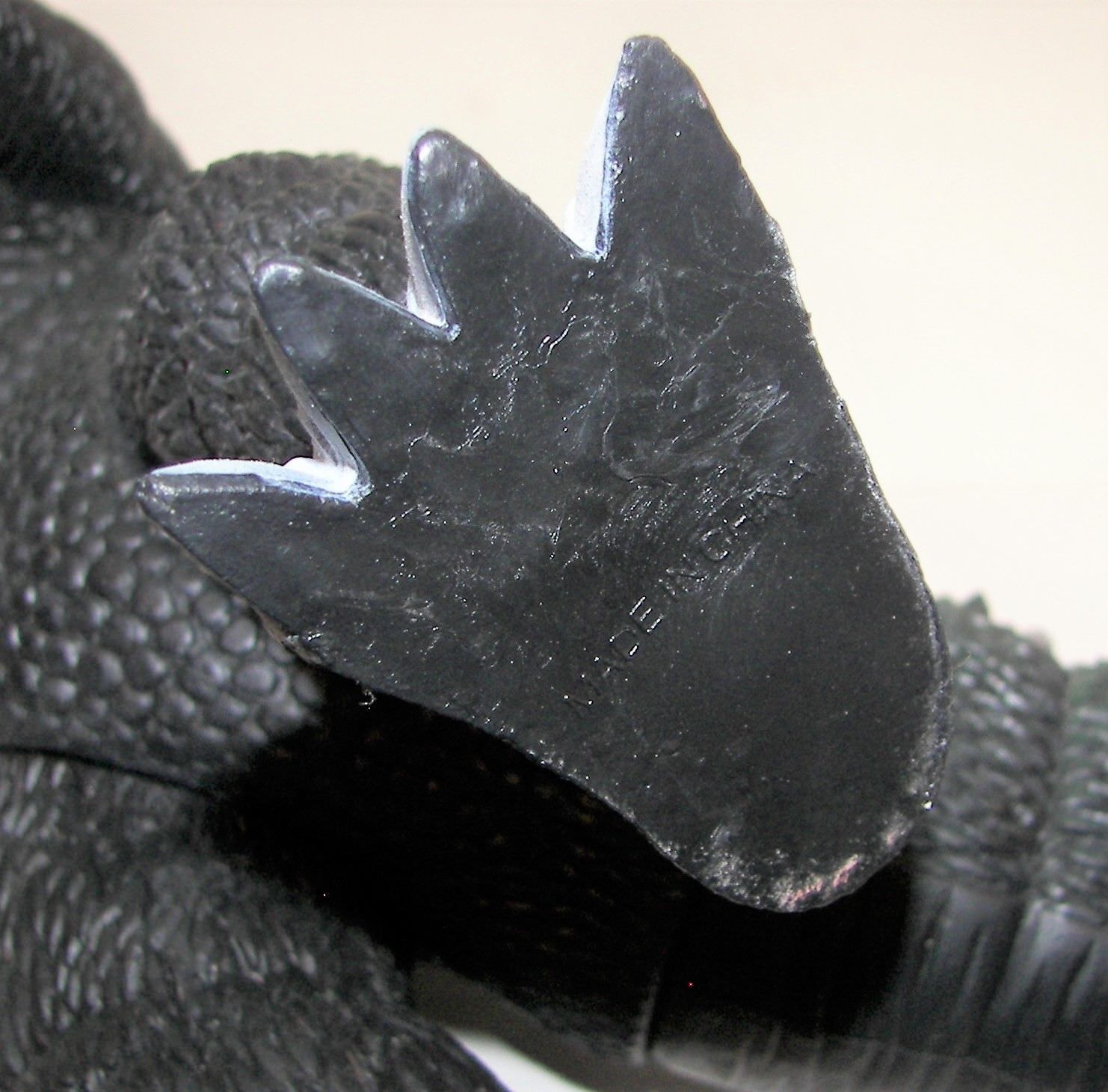 The figures can be found in a wide variety of colors, some evoking other figures. Some mirror the colors of the Imperial figures. Others mirror the Trendmasters "Power-Up" Godzilla, green with chrome-blue dorsals. Some seem like they're trying to be a Burning or Meltdown Godzilla. And quite a few appear to use whatever plastic and paint colors were lying around in the factory that day. 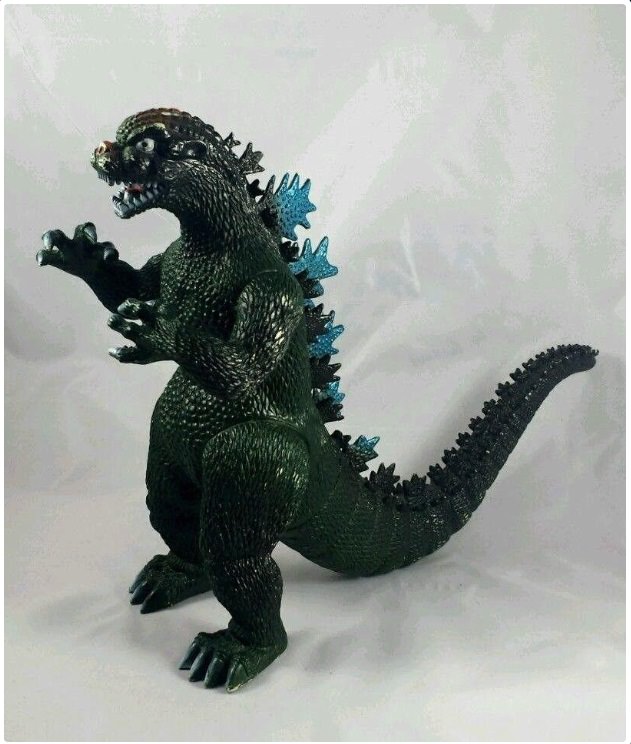 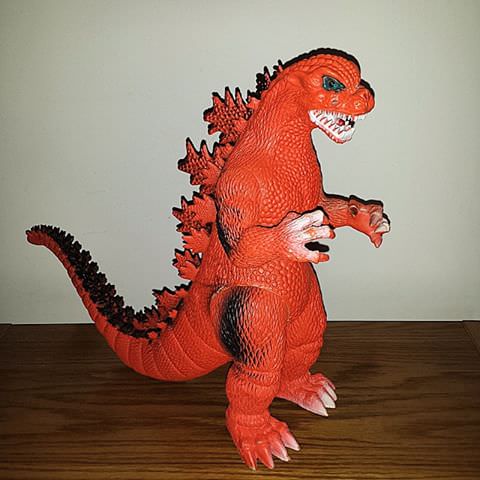 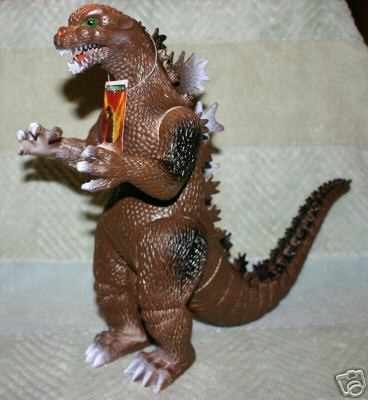 I love this thing. I have a black and silver variant.

Did you miss me?

+1 you win the page for thread title alone.


Man I remember this thing. I never had it, but I keep seeing it pop up literately everywhere. From discount toy racks to ebay.
Tohokingdom Thread| DeviantArt | Youtube

I remember that Super Dinosaur! It was everywere when i was a kid. I saw one at at flea market last summer, kinda wish i had picked it up since i never had one. :/

I have a variation of this, a small six inch one. It’s pretty cool. Obviously a bootleg, but it’s fun.

LSD Jellyfish wrote:I have a variation of this, a small six inch one. It’s pretty cool. Obviously a bootleg, but it’s fun.

Users browsing this forum: No registered users and 7 guests