For the discussion of Toho produced and distributed films or shows released before 1980.
Post Reply
1 post • Page 1 of 1

Vampire Doll (1970)
Directed by Michio Yamamoto, whom also directed the other two entries in the trilogy). 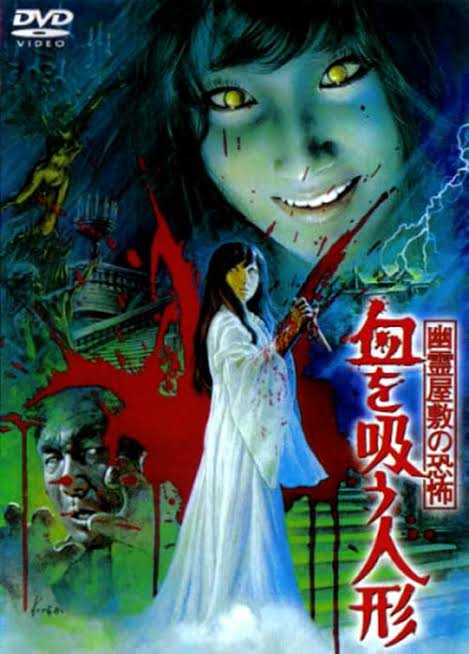 Just watched this. I thought it was...interesting, despite having some tedious moments. I really think a few shots, and revelations throughout the film make it. I can easily reccomend it to anyone that really likes atmospheric horror films.


I liked a lot of the early shots with Yuko and Sagawa standing in the field at night. I also liked some of the stylistic choices, such as the way Yuko physically looks, and things like the brief flashback sequence, as well as the zoom in on Hiroshi’s eyes at the end with the climax. I think the film really nails isolation, and does an interesting job with having a real mystery.

What I did not like, is some of the tedious repition, with the protagonists fighting Gen multiple times, and a “back and forth” between leaving and entering the estate.

Anyways, I do think the finale makes the film, so if you haven’t seen it and might be interested, don’t read ahead:

Spoiler:
I thought the plot twist, of the weird backstory, made the film pretty unique. I think in some ways, Yuko’s father, the doctor, being some deranged rapist, and killing everyone, in many ways is more horrific than if it was just Yuko being a vampire. I also see, at the end as Gen trying to protect her, and it makes his motivations make more sense. I also like the implication that once Yuko realizes who her father is she consciously kills him, and the arbruptness of the arterial spray at the end is fantastic. I also like how marred in tragedy, with the backstory, the car crash, and ending are, and the shot of the mother weeping over Yuko’s Corpse is a great way to end the film.

My only issue is how convoluted the whole “hypnosis thing is”. I mean it’s a horror movie so I can suspend my disbelief, but it feels weird the film didn’t want to be a vampire film, only for it to still have a supernatural (or at least psyedoscientifc) element

Users browsing this forum: No registered users and 11 guests