For the discussion of all fantasy matches, Toho or otherwise. To post, you must join the FM Usergroup.
Post Reply
5 posts • Page 1 of 1

Ok so this if my first FM topic. I've tried to make this intreasting and balanced. 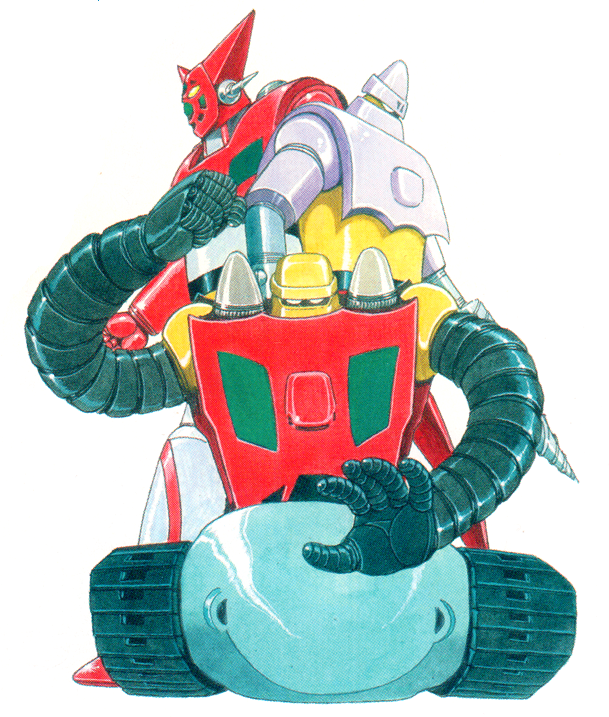 Info: The Getter Robo is a super robot that utilizes Getter Rays as an energy source created by Dr. Saotome at the Saotome Institute. Originally built to harness the infinite power of the Getter Energy for space travel, the appearance of the Dinosaur Empire prompted Saotome to modify them for combat to stand a chance against their uprising. Getter Robo is made up three jets that combine into one solitary super robot. Depending on the order of the jets, they form a different Getter. To align in the right formation, a monitor in the Getter Machines' cockpits are shown for the pilot to follow. The Getter Robo however can only be piloted by people of strong conditions both physically and mentally, otherwise the immense pressure and g-force caused by piloting a Getter machine will overwhelm the pilot. A common technique used by the Getter Robo is the "Open Get" maneuver that causes the Getter Machines to detach from each other that allows the Getter not only to open up for additional formations but escape dangerous situations.

The Getter Machines are jet-like vehicles that serve as the components to the Getter Robo, they feature a special anti-gravity flight system that allows them to fly for periods of time and are composed of Getter Alloys that allow them to change shape and combine. Each Getter Machine contains an autopilot that can be controlled from different areas but is not as powerful without the three pilots in control. Their average speed is Mach 0.9 but their mobility and acceleration are different with each one.

Eagle Unit: The red colored Getter Machine with high mobility features. It is armed with a small beam gun and rockets and is later given a machine gun for additional fire power. It is mainly piloted by Ryoma Nagare.

Jaguar Unit: The white colored Getter Machine with aerodynamic features. It has a high acceleration module that uses NO1 to boost. Its nozzle contains an area for the Getter Beam and is armed with small missiles. It is chiefly piloted by Hayato Jin.

Bear Unit: The yellow colored Getter Machine that features great stability. It is armed with a large missile launcher and is mainly piloted by Musashi Tomoe. 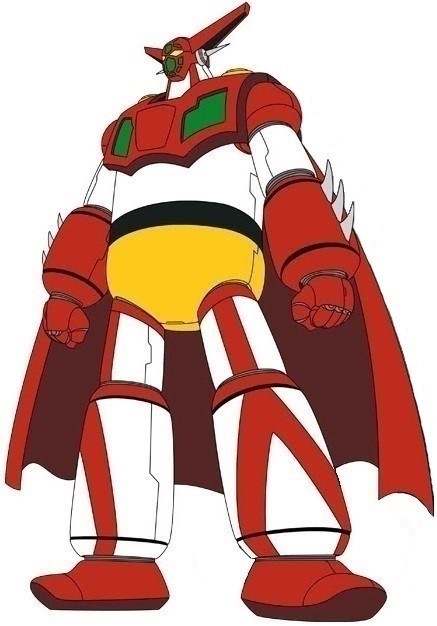 Info: Getter-1 is the most commonly used Getter formation of the three. It is somewhat geared toward aerial combat, however it can fight in almost any situation. The most balanced amongst the three modes in both speed and combat, is that it is equipped with the Getter Tomahawk (which doubles as a boomerang) and the Getter beam, a highly concentrated beam of pure Getter Energy that can destroy many of the Getter's foes. It is able to fly through the cape-like attachment on its back called the Getter Wing that acts as an anti-gravity cloak. It is also able to survive reentry into the atmosphere as it was designed for space travel.

Getter Cutter - Getter-1 uses the blades on its forearms as slicing weapons.

Getter Beam - A beam of purple Getter Energy, fired from Getter-1's stomach. The beam is Getter-1's most powerful weapon, and is particularly dangerous to enemies who are sensitive to Getter Rays.

Tomahawk Boomerang - Getter-1 throws the tomahawk. It spins extremely quickly, cutting through anything it hits like a buzzsaw. Typically the weapon will curve in mid-air, hitting moving enemies and returning to the Getter after striking its target.

Getter Machine Gun - Pulling out a pair of machine guns, Getter-1 sprays the battlefield with bullets.

Info: Getter-2 is the second most commonly used Getter. Its left arm features a drill while its right arm resembles a pair of pliers that possess powerful grip strength that can tear an opponent apart. It is more geared toward land and underground combat and it has limited flight capabilities with the boosters on its feet, but it does not work well underwater. Getter-2's advantage over the others is that it can move at incredible speeds, especially when moving underground. When running it can create after images because of how fast it is. However, Getter-2's armour is not as physically strong as the other Getter modes. It is coated in a heat resistant apparatus that allows it to travel in magma for a short period of time.

Getter Arm - Getter-2 can use its claw as a crushing weapon.

Getter Drill - Getter-2 strikes an enemy with the drill attached to its left arm.

Drill Missile - The drill spins quickly and is launched at an opponent like a rocket. The aftereffects of the attack vary by series and battle - sometimes the drill returns to the Getter, sometimes it falls to the ground, and sometimes it explodes. Losing the drill does not prevent the Getter from changing forms.

Drill Storm - The drill spins at extremely high speeds, creating a tornado extending forward from the tip. Enemies caught in the winds are immobilized.

Getter Vision - Moving at high-speeds as high as mach 3, Getter-2 can create afterimages of itself to confuse opponents.

Getter Beams - Getter-2 has been shown to fire a pair of Getter Beams from it's eyes that are capable of hitting underground targets. It used them only once to destroy a pair of tunnelling torpedoes. 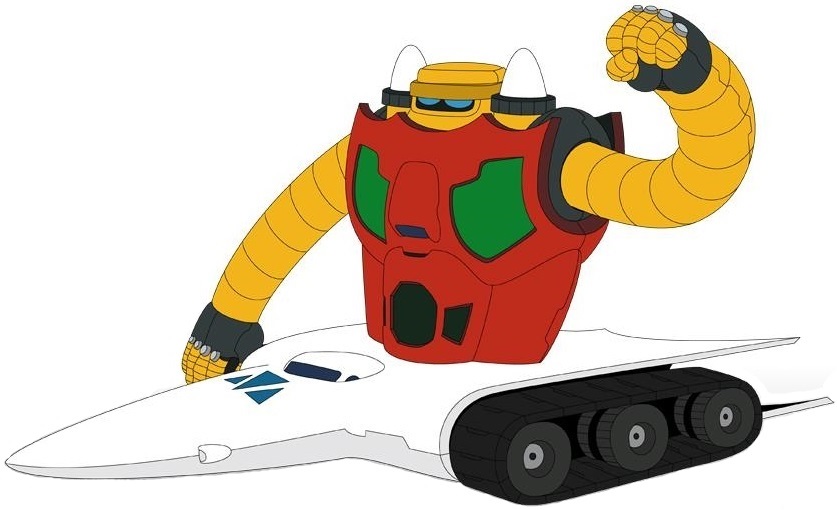 Info: Getter-3 is the least used of all Getter modes. It is geared more towards rough land and sea combat due to its tank-like nature. Getter-3's advantage is its incredible strength and defensive capabilities. Its armor is built to withstand water pressures, but there is a limit to how much it can hold. Its fists also have a long range due to its arms being able to extend to certain lengths. Despite its range, strength, and armor the fact that it is a tank makes it less efficient than Getter-1 and 2 and is therefore used less.

Getter Missile - Getter-3 fires a pair of missiles attached to the sides of its head.

Ganseki Otoshi (Seen in Episode 10) - Getter-3 crushes an enemy by landing on it.

Daisetsuzan Oroshi - Getter-3 grabs an enemy and uses its extending arms to spin them above its head, followed by a devastating throw attack. The technique is based on Musashi's signature judo throw, which is a modified Hammer Throw.

*The Getter Robo used in this battle is based on it's original Manga and Anime dipictions.

You got specify which Getter Robo Godzilla's fighting for me. Is he fighting two of the bots that combine or all three versions of Getter robo? And a 19,800 metric ton difference is a overwhelming gap.

Unit~NoA wrote:You got specify which Getter Robo Godzilla's fighting for me. Is he fighting two of the bots that combine or all three versions of Getter robo? And a 19,800 metric ton difference is a overwhelming gap.

I see the problem, let me explain. Getter Robo is ALL of the those robots. The Getter teams is made of three jets that combine in three different ways to make three different modes. For a good example of how they fight, here's a battle between two later versions of the robot. Getter Robo G and Shin Getter Robo, please note both of these are much more powerful then the original.

As for the mass difference, well that factors into the battle. Godzilla is larger and stronger, Getter Robo is faster and more adaptable. Both sides also have a pretty powerful trump card, Godzilla's magnetic powers counter the Getter's speed, while the Getter Beam is going to be very effective against Godzilla.
Last edited by Monster X on Thu Dec 27, 2018 7:54 am, edited 2 times in total.

So, how big is Getter Robo all together? Like, all of them combined?


In general, I'm giving this to Godzilla. Getter seems impressive for a mecha but Godzilla has a clear size advantage and durable agianst most if not all their attacks.
Last edited by SoggyNoodles2016 on Thu Dec 27, 2018 11:08 am, edited 1 time in total.

SoggyNoodles2016 wrote:So, how big is Getter Robo all together? Like, all of them combined?


In general, I'm giving this to Godzilla. Getter seems impressive for a mecha but Godzilla has a clear size advantage and durable agianst most if not all their attacks.

Both Getter 1 and 2 are 38 meters tall, which is it's maximum height with all Jets combined.

To make it a bit clearer, Getter Robo is the Original Combining Robot. Unlike most modern combiners, which are smaller robots that make a bigger one, Getter Robo starts out as three Jets. 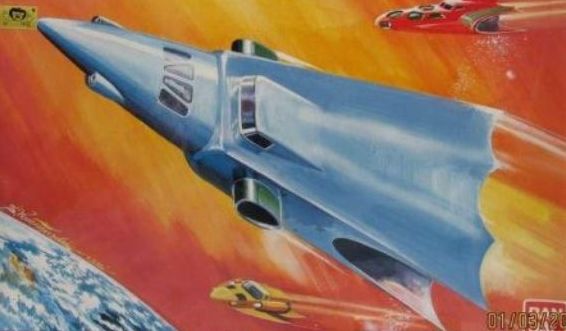 These 3 jets slot together and the order they go in creates a different version of the same mecha.

I'm inclined to agree on who would win after giving it some thought, the only real threat Getter Robo has is the Getter Ray. The Getter Ray is a one shot kill weapon against it's main enemies, the Mechasaurs of the Dinosaur Empire, due to Getter Ray's being so toxic to dinosaurs but they are no as big or durable as Godzilla and they totally lack his regerative abilites.
Last edited by Monster X on Fri Dec 28, 2018 5:46 pm, edited 1 time in total.