For the discussion of video games not produced by, or related to, Toho and their films.
Post Reply
11 posts • Page 1 of 1

Title says it all, whats your faviort video game boss/bosses?

For me the number one hasn't changed since I was a child. Tyrannosaurus Rex! 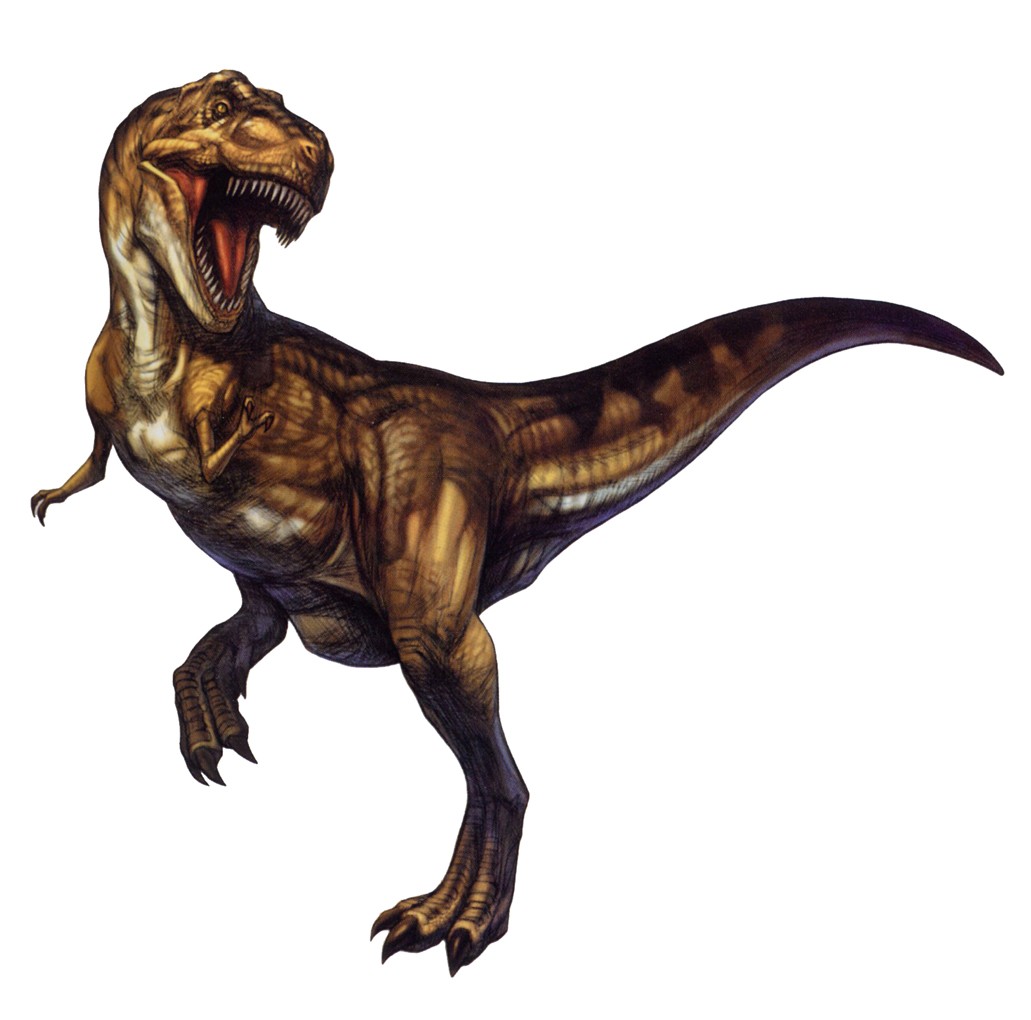 I've battled the tyrant lizard king in video games since I was a child and I've always gotten a total thrill out of it. I''ve taken on mob bosses, monsters warriors, god and cosmic horrors but none of them have ever compared to the fun I've had facing a T. Rex!

Theses are some of the games I've faced this boss on.

Re: Your Faviort Video Game Boss

Um..shouldn't this go in the video game hub?

Re: Your Faviort Video Game Boss

Indeed, slight error on my part.

Ridley from the Metroid saga is my most favorite game villain and boss. He's got an awesome theme and the fights against him are climatic and engaging. All of the Colossi in Shadow of the Colossus are pretty rad as well.
https://www.deviantart.com/dinomariozilla

For me the number one hasn't changed since I was a child. Tyrannosaurus Rex!

I've battled the tyrant lizard king in video games since I was a child and I've always gotten a total thrill out of it. I''ve taken on mob bosses, monsters warriors, god and cosmic horrors but none of them have ever compared to the fun I've had facing a T. Rex!

Theses are some of the games I've faced this boss on.

Great list. Never thought about it before, but I concur!
... Godzilla lives inside each one of us.

King Dedede is best girl. So is Gruntilda. And Conductor from A Hat in Time. Also Wheatley. Character >>> Fight
Last edited by Fish Cakes on Mon Oct 07, 2019 9:32 am, edited 2 times in total.
Drink 32oz of water a day, exercise daily for at least 30 minutes, take your meds as prescribed, eat healthy (count calories), reach out to your support network when you need them, practice basic hygiene, learn from your mistakes, forgive yourself for your failures, admit when you're wrong, be humble when you're right, be nice to animals, and try again.
"You were born perfect, keep improving."

Well, there's a lot of different bosses that I could list, but I'll stick with my top 5:

5. Cerebulon (War of the Monsters). Massive, imposing, and a fitting end to the game. Cerebulon requires proper knowledge of the game's mechanics and how to effectively hide yourself behind cover if you want any chance of surviving. He hits harder than anything you've faced, he can ignore your defense and rip your health apart, and he has three distinct and memorable phases. Plus, his music is just GOOD.

4. Wiggler (Super Mario Sunshine). This is not a hard fight, nor is it exactly mind scratching, but it's just plain FUN. Spraying the plants as the giant bug stampedes around, and forcing sand castles to make him careen off course and expose his weak spot is entertaining, and the music speeding up each time you land a successful hit on him just makes the whole fight all the more frantic and memorable.

3. Ninetales (Okami). Sure, the revelation right before you fight her (him? No matter where you look, this fox's gender is different and it confuses me) that there's an extra big bad to deal with kinda dampens things, but Ninetales has such an involved and symbolic fight that I can kinda overlook it. It's not everyday your opponent can cancel out your special powers and attacks with their own, and even when knocked down to the final phase, she's super fast and unrelenting, barely giving you a moment to breath. Plus, Ninetales is just a vicious manipulative asshole who gets what's coming to her for all the poop she's put you through for the second third of the game.

2. Alatreon (Monster Hunter Tri). The final boss, now long lost to the sea of time due to Tri's online servers closing years ago, Alatreon still leaves a legacy of fear and terror that few boss fights can replicate for me. Ice, Fire, Dragon, and Electricity are all used by this elementally unstable beast, and it refuses to relent in its assault. Even in its somewhat nerfed 3U and Gen U variants, it WILL test your skill and equipment like few other fights in the series can, and with the imposing theme Ultimate Judgement accompanying it, fighting Alatreon is an experience in and of itself. Unlike similar final bosses (coughFatalisandGogmazios), Alatreon is a brutally hard FAIR challenge that doesn't throw insta-kill moves your way, and feels genuinely rewarding when it finally goes down.

1. Meta Ridley (Metroid Prime). The penultimate boss of MP is the perfect rematch against two rivals that has been built up since the start of the game. To save the planet, you have to get past this angry space dragon who wants nothing more than to make you suffer for the humiliation done to him in Zero Mission. This two phase battle, accompanied by the lovely remix of Ridley's theme from Super Metroid, is bombastic and flawless, especially once RIdley is forced from the sky and reveals for the first time in the series he absolutely CAN kick your ass while on the ground.
You dare try to challenge me? Then we shall see how you fare against a true Archangel!

I'll list a few of mine. They're all from Castlevania: Symphony of the Night.

Scylla: It's a giant octopus/dog monster with a naked lady on top of it. (what's nott to like)

Legion: A hellish, tentacled creature encased in a gigantic ball of screaming corpse that fall off of it and attack you. In order to get ot the creature, you have to chip away at it's shell piece by piece, all the while avoiding the shambling corpse it drops, and even when you manage to break the shell of bodies and expose the nightmarish thing underneath, there's a nasty surprise waiting for you in the form of a devastating laser that it fires form one of it's tentacles. All and all, a very cool boss imo.

Beelzebub: I don't know what it is about this boss that I like so much. Maybe I just like the whole "Lord of the Flies" title he's got. A title that he takes quite literally.
"You can only be as strong as you want to be. I didn’t get this way overnight. It took a very long time for me to be able to stand up for myself. So, you can’t undo the past, but you can choose your own future, and if you want to be strong... you have to fight for it and find out in your life what’s worth fighting for.

GodzillavsJason wrote:I am considered to be one of the worst type of people in the world which is being a straight white man.

Galeem and Dharkon from Smash Ultimate.

Dracula in the Castlevania series. It's so satisfying to fight your way through a whole castle teeming with traps and enemies just to reach that final showdown with the Count himself. And as frustratingly difficult as the Castlevania games often are, Dracula somehow almost always manages to be the hardest part of the game. He was definitely the toughest boss in the first and fourth games, and I've never even beaten him in the third. Although there was also the second game, where he's a pansy...

On a side note, I also love Dracula's portrayal in the Castlevania anime, which makes me enjoy him even more.
The sea has cobalt, it's full of mercury. Too many fumes in our oxygen!
All the smog now is choking you and me. Good Lord, where is it gonna end?
Got to get it back, someday. Got to get it back, and soon now.
For tomorrow maybe you and me...
We're movin', we're movin', movin' to the Moon now!
It's up to us to make a choice.
We know what it's worth to save the Earth!

I loved the way he looked in Castlevania 64. Untill he turned into some giant centipede monster that fights you in a desert. (!).
Post Reply
11 posts • Page 1 of 1