For the discussion of video games not produced by, or related to, Toho and their films.
Post Reply
18 posts • Page 1 of 1

We getting a new Predator game bois!

skreeonking loving the modern military aesthetics of this game so far (that first operative with the quad NVG's is pure sex appeal). I'm really hoping they don't add in a bunch of stupid poop like emotes and they stick to the realistic visual style of the teaser. Can't wait to see the cosmetic stuff for the operatives and the predator.

Overall I'm pumped for this game.

I haven't watched the trailer yet but Predator is like Top 5 on my list of Sci Fi/Horror killers so I can't wait to watch this.


I even kinda enjoyed The Predator (until Fugitive got his ish rocked), I'm still waiting on a Predators sequel and a Concrete Jungle remake

That'd be fun too! Imagine playing as Freddy going across town to kill folks in their nightmares or trying to survive him.
My rules:

F13 developers have me cautiously intrigued. I didn't really like the online-only multiplayer aspect of that game. If this is similar, pass. I'd much prefer a single-player semi-open world game like Spider-Man than a survival horror.

UltramanGoji wrote:F13 developers have me cautiously intrigued. I didn't really like the online-only multiplayer aspect of that game. If this is similar, pass. I'd much prefer a single-player semi-open world game like Spider-Man than a survival horror.

Akin to something like Far Cry and/or Ghost Recon where you can roam a dense jungle and take out enemy outposts as stealthily or as loud as you want, with story missions through out, right?

That's something I'd be totally on board with.

Sorry to say from the looks of things Sony had a pretty extensive involvement in the development phase. Console exclusivity sucks for franchise games like this. Hopefully this does get a wider release eventually.

Well, I know what I'm asking for my birthday.
Check out my art here:
https://kingkevzilla.newgrounds.com
https://www.deviantart.com/kingkevzilla

It's somthing I've wanted in some form foe a long time, a game were it's purely humans vs a predator. The people who developed F13 The Game have me a little on edge, on the one hand what they got right in that game they got really right but on the other the game lacked polish and they made some poor choices on how to work on the game leading up to the cut off point.

The upside is that Predator doesn't have the same restrictions as Jason as a character. Jason is a lumbering hulk who was easy to abuse and run circles round in the camp environment. The Predator is an agile hunter so he should be able to out pace as well as out muscle human players. So there should be no way in hell a player should be able to trap a Predator in an infinite loop. On that note since this is set in the jungle and with the human characters being armed, the game should rely less on the gimmick of hiding in buildings which promoted the above issue that was in F13. Then theres the fact that the Predator is likewise well armed at range also, this should prevent human players from team harassing the it like Jason was, as they can be picked off is they stay together, the Pred's camo should help with this also.

What I think could be the mechanics that cause problems for the game is the Predator's camo and if they allow players to cover themselves in mud to be invisible to thermal vision. The Predator's camo has to be balanced so it's hard to spot, especially while still, but also flawed enough for human players to spot them if he's not careful. The mud trick likewise seems possibly rip for abuse if implemented poorly since the Predator will affectively be blind with no way to see it's target for a whole match without camping a mud patch, which in turn makes it vulnerable to being team stomped. Possible they could work in other vision modes to work round it.


Possible upside is the inclusion of unlockable Predator skins and trophy kills. For me it would have to be the City Hunter from Predator 2. 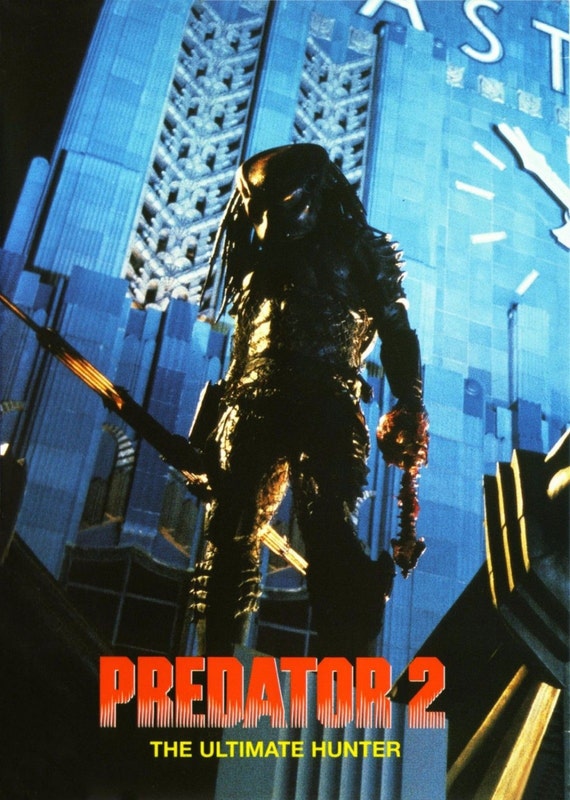 I got so pumped up when I watched the trailer...... then I read it's a multi-player shooter or whatever. All I want is a better version of Concrete Jungle. Emphasis on better.

Kinda surprised Illfonic (indie dev who I've never even heard of until I looked it up) is making this. I thought Sega/Creative Assembly owned the Alien/Predator gaming license?

That said, I'll keep an eye on it if it's $40. No way am I paying full price for an online-only game. Same deal with the World War Z game.
My Game Ideas Page | My Blu-Ray Collection

OK, I am hyped to see what comes from this. And I also remembered

EARLIER ON THE AVP THREAD

SoggyNoodles2016 wrote:I had the same idea, only mine was for a Dead by Daylight/Friday The 13th style game where you can play as either a platoon of soldiers/cops/other warriors or the Predator. Thought that could be fun.

Does this mean I get royalties?

Gee, multiplayer? I wanted to slay humans all by myself! Oh well, hopefully single-player mode will be a later update when this is released. For now, i'm loving those pretty graphics and quite honestly, a new Predator game was very needed.
https://www.deviantart.com/dinomariozilla

Cinematic Kaiju wrote:"...And you keep still because you think that maybe his visual acuity is based on movement like T-Rex - he'll lose you if you don't move. But no, not Godzilla. You stare at him, and he just stares right back."

I'd say this is a 50/50 in terms of turning out good, but either way it is nice to see a new Predator game especially after that GOD AWFUL movie last year! Who knows, maybe this will jolt the Predator franchise, which it desperately needs anyway.

Hoping there will be city and quarry maps as well. Maybe even in the meat factory. With both halves of that agent who said he was going to save Danny Glover.

Chris55 wrote:Anyone else hear Groundskeeper Willie when they read that?

Anyone else download and play this yet? I've mostly been playing as the soldiers, but its a pretty fun game.
Did you miss me?
Post Reply
18 posts • Page 1 of 1