Power Rangers: Battle for the Grid

For the discussion of video games not produced by, or related to, Toho and their films.
Post Reply
14 posts • Page 1 of 1

Power Rangers: Battle for the Grid

Could've sworn this already had a thread, but anyway!

Looks great for a smaller budget game. But I wonder what made them add Kat to the base roster before Doggie.
why did i have to be the chosen one?

Twelve minutes of game play footage. Seems like the only Zords you can use for summons (at least currently) are Dino Megazord, Dragonzord, and giant Goldar.
"Name me one fight where Anguirus didn't get his dick kicked in."

It looks good, but I wish they'd add a separate mode for Zord battles, that'd be so dope.

This might be the ONE Power Rangers game that I would buy.
"Just as you distrust us, so we distrust others as well. It's wrong. We're all human. As humans we are responsible to each other. We are related. Refuse us, and you will abandon your brothers. We must learn to help each other."
- Sakai, Godzilla vs. The Thing

So apparently some people did a little digging and found a couple more characters that haven't been officially announced yet: I think I know who the black one is. No idea who the white one is.

Birdman wrote:I think I know who the black one is. No idea who the white one is.

I added them to the roster in the first post - Spoilered, in case anyone wants to keep them a surprise.
"Name me one fight where Anguirus didn't get his dick kicked in."

TitanoGoji16 wrote:Developers have confirmed the game will have DLC characters.

TitanoGoji16 wrote:Developers have confirmed the game will have DLC characters.

Lord Zedd and/or Ivan Ooze will almost assuredly be DLC.

Ivan Ooze has border line been blacklisted from power rangers.
You can put it on my Tombstone Mothra vs Godzilla> Gojira
my personal take

So, I've been playing this for the past couple days. Thoughts hidden in case people want to be surprised or something.

Spoiler:
First of all, SKREONK the Mastodon Sentries. I don&#39;t have a problem with Goldar, Ranger Slayer, or Lord Drakkon, but for some reason, whenever there&#39;s a level with multiple Mastodon Sentries, I&#39;m just stuck there for many, many tries. I hate them so, so much.

Now then, probably the biggest problem with the game thus far: It seems that there are no unlockable characters and we must wait for the DLC to come out. This is inexcusable. I was fine with nine characters to start with, but nine characters period? It&#39;s really bad when you play Arcade Mode; you fight every character in the roster roughly five times.

On the plus side, though, the game play is great and the fighting is pretty solid. The character models all look pretty spot on (even down to Gia&#39;s badass Gokaiger pose) and their attacks are all reminiscent from the show, as they should be. The Super attacks are all fun, and though the Megazord mechanic is a little wonky, it&#39;s still great when you manage to pull it off.

Now, despite the fun of the fighting, the overall game feels kinda... bland? I&#39;m not sure if that&#39;s the right word for it, but yeah. The characters are noticeably quiet except for some grunting, the music is fairly generic, they use the same announcer from Legacy Wars (and they didn&#39;t even bother using his "You lose!" and "You win!" for some reason), and the menus still boring to look at and not very PR-y (they&#39;re not very anything-y, to be honest). As great as the fighting is, I really hope they continue to tweak this game as they have Legacy Wars.

Speaking of the characters being silent... Why is that the case? I mean, the PR cast is happily doing fan films these days. You&#39;re telling me nWay couldn&#39;t get Jason David Frank, Ciara Hanna, Kerrigan Mahan, etc. to record a few grunts and quick lines for the game? I mean, hell, all they&#39;d have to do for Mastodon Sentry is grab some random person in the studio and have them say some generic soldier lines like "Target engaged!" I mean, I don&#39;t need every second of the game voiced, but geez... At least the dialogue on the Goldar and Lord Drakkon levels! How could they have JDF involved with the game and he didn&#39;t record one evil laugh for Drakkon&#39;s entrance pose?

Something else I do wish they had done was be a little more creative with the alternate colors than just "EVERYONE IS BLACK AND RED." Since this game is so Boom Comics-heavy, I would&#39;ve loved a silver/Silverback coloring for Goldar.

So yeah. The game is fun overall, but it&#39;s in desperate need of some tweaking, new menu designs, some better music, and definitely more characters.

I just played through Arcade Mode with him. He's INSANE. A little hard to get the hang of at first, but definitely worth it once you do.

Quantum Ranger has been released! 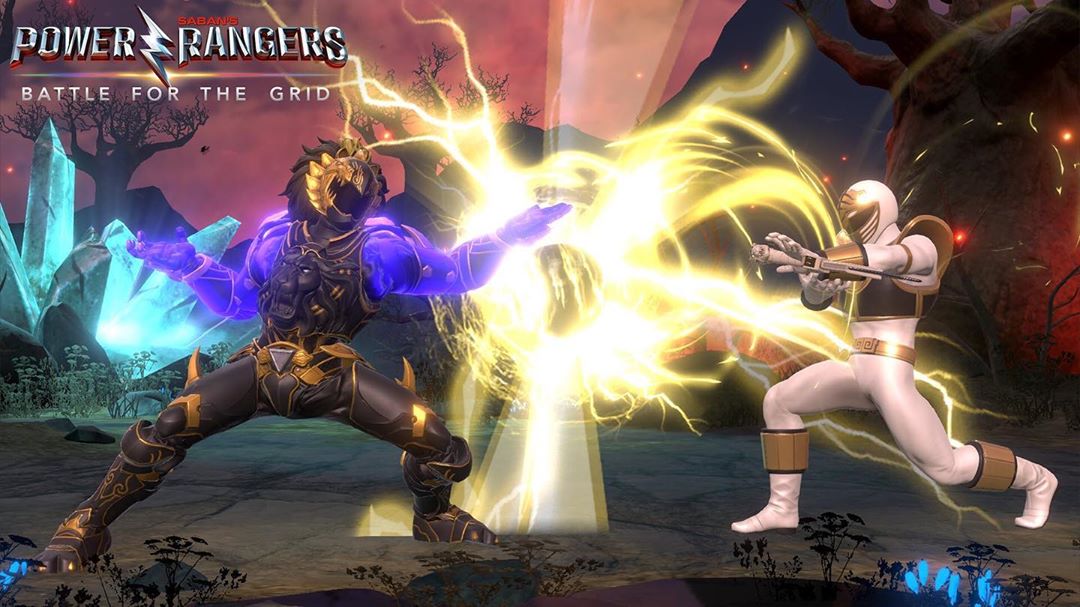 I'm absolutely overjoyed that they add Quantum Ranger! Not to mention that he's voiced by the same actor who played him in the show! So AWESOME!

I guess I'll list a few characters I'd like to see show up as DLC in the future.

GodzillavsJason wrote:I am considered to be one of the worst type of people in the world which is being a straight white man.

The lack of Dino thunder representation is pretty sad
Legit, every KoTM hater I have ever seen on social media or interacted with are all the same. They are either these young kids to middle aged adults so detached from anything beyond the Japanese films that they can't enjoy anything that doesn't begin with one of the Toho logos. They're the type that would of had no issues with KoTM if it was a Japanese-made production and think films like Godzilla vs. Monster Zero are the pinnacle of human drama.
-MM

GodzillaFreak99 wrote:I guess I'll list a few characters I'd like to see show up as DLC in the future.

Oh man, don't get me started on which characters I'd like to see added to the game TOO LATE

Yeah, I should probably stop now...


The third season of DLC has been revealed. Coming to the game are RJ the Violet Wolf Ranger, Lauren the Red Samurai Ranger, and a totally unknown mystery charact--OMG YOU GUYS IT'S SCORPINA!


RJ, the Violet Wolf Ranger, has entered the Grid! The Phantom Beast King skin for Dai Shi and Samurai Megazord ultra/summon are also out today. Going off of the release dates in the Nintendo eShop, it looks like Lauren will be coming out in October and Scorpina in December.
"Name me one fight where Anguirus didn't get his dick kicked in."
Post Reply
14 posts • Page 1 of 1

Users browsing this forum: No registered users and 8 guests