For the discussion of video games not produced by, or related to, Toho and their films.
Post Reply
590 posts

Wasn't that like revealed a while back?
My rules:

Back on the 28th, but nobody mentioned it here. 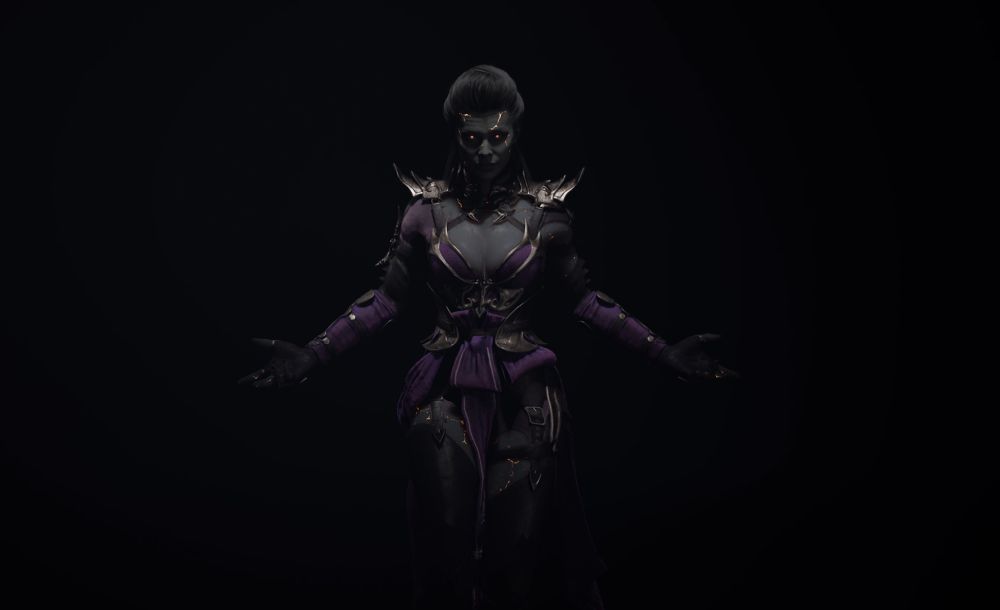 Did you miss me?

Nightwolf to be streamed at 9:00 am today.

Anyone else try out Nightwolf yet? Really liking his gear, skins and moves. Pretty fun.
Did you miss me?

He's fun to play, for sure. Also nice to see that Netherrealm updated the Kustomization menu so you now know where to find specific skins and gear, and gave each character alternative Brutality poses.

Still pissed that we have to wait another two months for Sindel.

So we're getting a Kombat Pack Roster Reveal tomorrow morning.

So do you want to see the Kombat Pack characters now or wait until the trailer drops?

It should've been revealed days, if not weeks before the game even launched, but better late than never, I suppose.

I'm most excited for Ahnold, but I look forward to playing as Spawn as well.
My Game Ideas Page | My Blu-Ray Collection

Kinda sucks Ash isn't there but i'm still gonna assume he's in a future pack (there's chainsaw noises in the trailer for a reason!)

Well yeah, there is a new Joker movie coming out, just like the new Terminator. Spawn had one too but it fell into development hell not too long ago
*Looks at GKOTM’s box office numbers*
Long Live The Sting

Disappointed in Joker's design. Was really hoping we'd get more of a Dark Knight-like design, or one based more on the new movie. Oh well. REALLY glad to see Arnold's actually likeness and not just the endoskeleton. Gonna' be awesome and weird seeing him get gutted!
Did you miss me?

That release date for Spawn is absolutely brutal, holy poop.

Yeah. Time between fighters is a harsh wait. Makes me wonder how a second Kombat Pack will work, if we even get one.

Also, had a fun discussion with a few co-workers yesterday about the game. As plenty know, there's a handful of players still salty that MK is walking away from the sexy outfits of yesteryear for the female fighters. I think a solid answer to this would be a beach day-themed gear/skin pack for not just female, but also male characters. This could also be pretty fun and wild. So not only would you get your typical Jade and Kitana bikini outfits like in MK9, but you could get such classic things like...

Shao Kahn in a speedo. And I would ROCK that in online matches.
Sonya and Jax could have Baywatch inspired life guard skins.
Sub Zero in a snow cone outfit (rainbow colors with rainbow colored ice)
Scorpion and Noob in swim trunks (Scorps with fire and skulls, Noob in purple and black) with floaties on their arms.
Johnny Cage in a speedo as well. But super, SUPER tiny. Maybe flippers as well.
Skarlet in a horror style bikini with severed faces acting as the bikini top.

And then for gear, you could give Shao Kahn a new wrath hammer inspired by pool noodles, Johnny Cage a snorkle/goggles, etc. Lots of fun to be had with a themed set like this. Kollector could get a tether ball as a new ball and chain weapon.
Last edited by Mac Daddy MM on Wed Aug 21, 2019 12:58 pm, edited 1 time in total.
Did you miss me?

Wonder if they'll walk away from the shirtless dudes of yesteryear too lol.

The pack looks good, Joker looks like a pedophile, and that Spawn release date is the same month as Godzilla vs Kong, lets' go.
Last edited by _JNavs_ on Wed Aug 21, 2019 1:18 pm, edited 2 times in total.

I mean I get the reason they'd put him in (Promoting his new movie and Warner Bros. owning the rights to both DC and Mortal Kombat) but they easily could had done better.

If datamining is also to go by we should be getting 19 DLC fighters (Including those already revealed) so expect another two Kombat Packs at the least.
My rules:

I mean I get the reason they'd put him in (Promoting his new movie and Warner Bros. owning the rights to both DC and Mortal Kombat) but they easily could had done better.

If datamining is also to go by we should be getting 19 DLC fighters (Including those already revealed) so expect another two Kombat Packs at the least.

REALLY hoping they include some other Joker designs inspired by the new movie and Dark Knight. I know it would have been a pipe dream, but imagine if they could have gotten Jack Nicholson back to reprise his role. As for other DLC packs, really hoping they release them at once opposed to overtime like this one. The initial leak listed Sheeva, Fujin and Ash as DLC along with what we got. That would leave 10 more spots. My ideals...