For the discussion of Toho toys, models, figures and other collectibles of this nature.
Post Reply
16676 posts

There's been zero information on anything showcased at that licensing convention so for all intents and purposes, at least regarding "announcements", Bandai hasn't said anything yet.


Was just about to say this. We don’t even know if that’s new product or just old prototypes from the archive grabbed to fill the space with stuff. No official word from Bandai regarding anything yet
Moo
my youtube: https://www.youtube.com/channel/UCkbqUm ... DC98dHE72w

I hope that they haven’t cancelled the ver. 3 Godzilla because that one looks really cool and will probably end up being my favorite kotm goji figure that they’ve made.
GODZILLA 4 LIFE, “SKREEONK!!!” 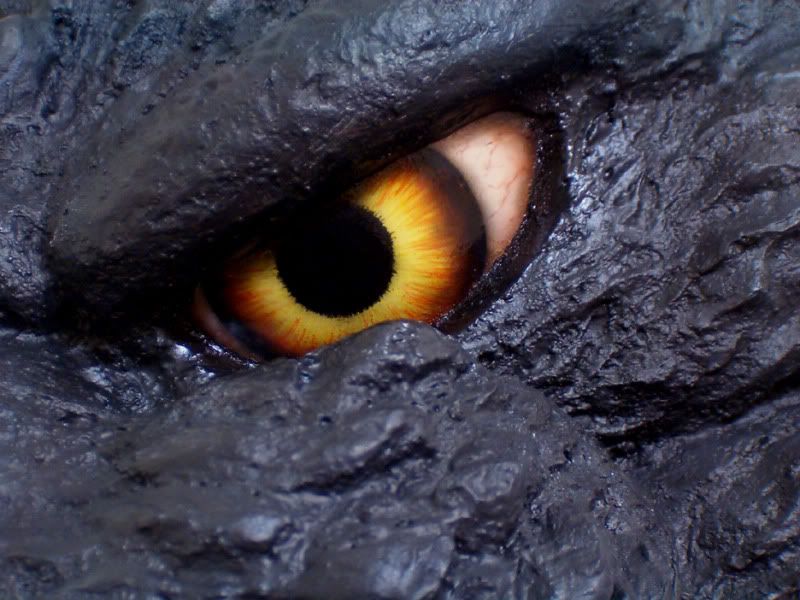 DrPhilizSick@sHell98 wrote:I hope that they haven’t cancelled the ver. 3 Godzilla because that one looks really cool and will probably end up being my favorite kotm goji figure that they’ve made.

NECA likes to do this thing where they put product in their displays that isn't explicitly mentioned as coming to market. They do this to gauge interest and see how many people ask about it. This happened really recently with an item I can't recall, but it happened before that with the Predator bone throne. Since the Burning Godzilla didn't have a tag, I'm willing to bet that this was the same case.
Check out my YouTube channel Fermix Gaming for Overwatch gameplay and commentary!

I have no doubt burning Godzilla sees release, a simple paint variant, not like something new that has more production cost.

The reissue of the atomic blast '01, with the new box.

Does that mean that the original '01 won't be reissued?

_JNavs_ wrote:SHMA and Bandai have their excuses, mainly due to putting the utmost effort into sculpts or fixing joints.

I laughed at this way too much.

Lecontinentperdu wrote:The reissue of the atomic blast '01, with the new box.

Does that mean that the original '01 won't be reissued?

I really want to get the new packaging, but that doesn't look like the movie poster. I mean the packaging is much nicer than the clamshell plastic, but I already have both of the GMK's they released. I was hoping they'd reissue the regular GMK in a movie box with a breath effect accessory.

Honestly (imo) I think all the Ultimate Godzillas in movie boxes should have a breath effect accessory. It only makes sense. Look at all the accessories that come with their other Ultimate figures. (multiple heads and weapons.)

I'm itching to buy some new Neca Godzilla stuff and they just don't seem to have anything out there.

At least the 64 comes out next month, so I'll probably get that BBTS pre-order filled halfway through December. Lol.
Last edited by Ultra_Henshin_Fan on Fri Oct 18, 2019 6:09 am, edited 1 time in total.

Looks like a real movie poster, yep. But not the only one, so they can make their way out of this! [on this one, Gogo has a blue back, maybe that's why they chose it]

Hmm I guess you're right. I see this one which is the one I have framed and am used to seeing.. 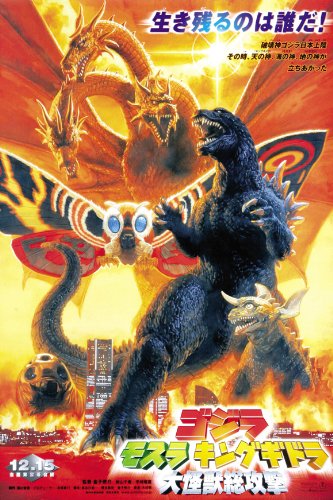 But I see these two as well... 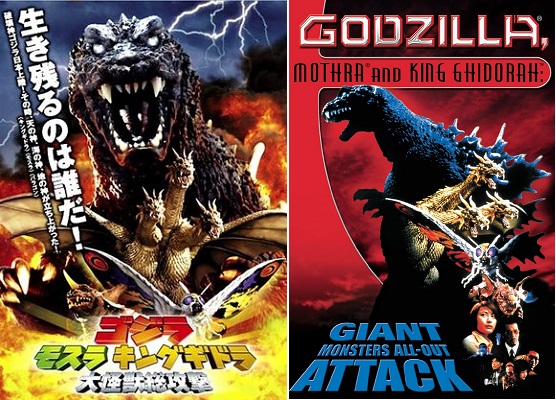 I guess I got thrown off because the rest of the box doesn't look anything like a movie poster. It just looks covered in the old Stock pics they used for that figure.

idk, the Atomic GMK just looks a little lazy and slapped together,.. imo.

I still think they should've re-released the regular one as Ultimate with a breath effect and a nice box. I'm pretty sure I thought I saw they had another GMK box. Maybe I'm wrong.
Last edited by Ultra_Henshin_Fan on Fri Oct 18, 2019 8:16 am, edited 1 time in total.

The NECA box is based on a movie poster. The one you posted with English text is a DVD cover but it's based off artwork from this poster: 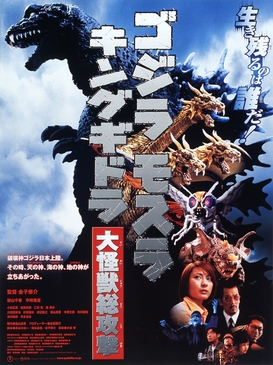 But yeah, why they didn't use the beautiful painted artworks is beyond me, but then again this whole line's existence has been a weird string of puzzling decisions.
Last edited by UltramanGoji on Fri Oct 18, 2019 9:27 am, edited 1 time in total.

UltramanGoji wrote:But yeah, why they didn't use the beautiful painted artworks is beyond me, but then again this whole line's existence has been a weird string of puzzling decisions.

Perhaps Ghidorah is too prominent in that artwork

But yeah hopefully if they release the standard version they use that artwork instead.
Check out my YouTube channel Fermix Gaming for Overwatch gameplay and commentary!

UltramanGoji wrote:But yeah, why they didn't use the beautiful painted artworks is beyond me


Personally, I love the poster they DID go with so I don't mind. Now I have a reason to get the Atomic lol

I just want another 2001 man, my current one has a broken leg. I don't want the blue vomit either.

Ben Shapiro wrote:Just got back from Endgame, the audience all fell to their knees during Godzilla’s trailer. The weeping and applauding grew so loud towards the end- it was almost deafening. The trailer was so good in fact, nearly everyone rose from their seats as soon as it was over and just left!

Talk about a reaction.

I'm glad that the atomic breath GMK is being rereleased. I do like the paint job they have on that, and I don't have a 2001 in my collection.

As far as the license to GvK: I'm guessing that it would be too late for them to get the license? Movie comes out in march, that's less than 6 months away, toy fair is in February. Getting the license and the sculpting the figures, I'd imagine, would not be possible at this point, at least for a solid quality sculpt. Just something I was thinking about earlier.

The 01 Box looks nice, but every Target around me is flooded with the old style box Atomic Blast GMKs and 2019 v2 Godzilla. I sure hope all the GMKs dont hog the shelfs for too long, I still want 62 and 64 coming up.

I ordered the '01 atomic blast from a retailler of my little french town (dont know who his distributor is, but he is not following the official Neca calendar), I sure hope that when it comes, its the new box one... New' 94, '95 and '54 are not on the list. But the whole four KOTM are. Just like the '64, which is coming in..... January.

Someone I follow on instagram asked Neca in a dm about burning goji19 and goji64. They said that there was nothing to announce for burning goji19 but that goji64 would be coming out late nov/dec. https://www.instagram.com/p/B35IJJlgWQX/?hl=en
Last edited by DrPhilizSick@sHell98 on Tue Oct 22, 2019 9:47 am, edited 1 time in total.
GODZILLA 4 LIFE, “SKREEONK!!!”

So was it a prototype that didn't get approved? Weird I've been waiting for that one.

Maybe it comes out next summer or something.

I wonder if they just mean that they don't have a release date set yet.

KingKaiju wrote:I wonder if they just mean that they don't have a release date set yet.

I say it goes up for pre-order around the end of November and gets released by the end of first quarter 2020.
GODZILLA 4 LIFE, “SKREEONK!!!”

Users browsing this forum: No registered users and 15 guests