Turned 22 back in December, SHOWA ALL THE WAY BITCHS!!!!
TK's official member of the "Three L's of the Apocalypse" 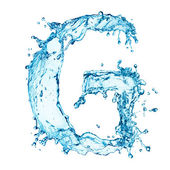 i am 12 years old and what is showa?
TK's only diehard RMA King Arthur series historian
"All you did was download the ROMs anyway! You can hardly call yourself a real fan!"

Gamera vs Rodan wrote:
I'm not a fan of the blanket statements either, that's why I said the fandom is really diverse in their tastes and pointed out plenty of people consider Final Wars one of the best entries if you look around online. The people I've spoken to in their 40s and 50s that have seen Godzilla films have pretty much only seen Showa ones because those actually got airplay when they were growing up on American TV. Even if they had seen the newer eras I'd wonder if they could put aside nostalgia to appreciate it, like I'm also sure most people in their 40s or 50s prefer Tim Burton's Batman films to Christopher Nolan's, just doesn't mean much to me.

I am 50 and the Millennium series is my favorite...then comes the Showa series.
Liam F.

Yeah, okay guys, I wasn't the one who started correlating age to taste I was just responding to Legion.

Gamera vs Rodan wrote:Yeah, okay guys, I wasn't the one who started correlating age to taste I was just responding to Legion.

I just want to know what's with you and all the flame bait...

If we go by decade since Showa is so long mine would be:

Russell wrote:50's shouldn't ever be that low. Gojira saves it.

I like Ghidorah and Monster Zero more than Gojira.

Russell wrote:Why? What is your reason for liking those more?

What's your reason for not liking them more?

Russell wrote:Gojira has better EVERYTHING.

Really? I'm not sure you should go around asking people why they feel how they feel when this is how well you handle the same questions, Russ.

Russell wrote:Why? What is your reason for liking those more?

What's your reason for not liking them more?

BUT GOJIRA IS OVERRATED!!!!

TK's official member of the "Three L's of the Apocalypse"

eabaker wrote:^^^I have no single source, what I have is decades of discussions with other fans in person and on message boards and opinions published in magazines and books.

Yes, Destroyah is reasonably well regarded by a notable contingent of the fandom (at least relative to its three immediate predecessors), but I'd certainly be surprised to see it rank in the top ten on a poll with a large representative sample.

Just googling best Godzilla films gives me plenty of peoples lists that have Destoroyah in them, it also gives me lists with Final Wars in the top 10, it's a fan base that has really diverse views on the franchise since the franchise is so long, I'm really not taking your word for it on this one and I'm kind of sick of people claiming the fandom at large feels a certain way to back up their views.

Good thing that's actually not what I was doing at all. I was using a fact about the series (that Heisei relied on continuity and Millennium did not) to attempt to explain a trend I've observed (fans feeling that the Heisei series was generally at its strongest in its early entries - which, by the way, is a mild view to allow for some of those later Heisei entries still being well regarded [MGII and Destroyah definitely have some dedicated fans]). You might also note that I said that I prefer the Heisei series over the Millennium series.

And I certainly never suggested that anyone needed to take my word for anything. I offered anecdotal evidence for the purpose of discussion.
Tokyo, a smoldering memorial to the unknown, an unknown which at this very moment still prevails and could at any time lash out with its terrible destruction anywhere else in the world.

Im to scared to talk to my comic book store guy. I dont know why but i have this strange feeling that he is secretly plotting against me...

Most comic store owners are pretty chill. Just say hey hows it going chit chat for 5 min then ask about how the godzilla comics are. Don't be afraid to talk to them

naw man, I can see murder in his eyes dude. I swear!

SaltPersonified wrote:Says the one who threw a temper tantrum over Vega

Despite some major gripes I have with a lot of the later Showa films, I still prefer it as a whole to the obsessively revisionist garbage of Millenium. It had only two I really like to be honest. G2K and GMK. I loathe Final Wars and think the Kiryu stuff is overrated. The main Millenium styled suit was not my taste, and even though Showa had so many different suits, at least I liked the majority of them.

Heisei wins out in the end due to the superior effects, my favorite suit: BioGoji, and has the honor of being the first era i saw in full and it includes the second film I watched in the franchise after Gojira, Godzilla vs. King Ghidorah.
The United Nations are represented by the little brightly-colored dolphin boat.

What is with this "Heisei has superior effects" thing that's been spreading like wildfire lately? If you view special effects with historical context (I know, kids, "con-what?") it's pretty easy to see that any of the 60's films absolutely slaughter the 90's poop, in both innovation and execution. Unless, of course, you're in love with SPARKS, lazy miniatures, immobile suits, soundstagey-soundstages that lack any sense of immersion or atmosphere, Bandai crabs and downright terrible composite shots.

JAGzilla wrote:And then there was The Giant Condor. He...seemed very dedicated to what he was doing?