Why build a mech?

Two pages and no one mentions The Brick. For shame, TK.
bleep bloop

The Brick is the superweapon that should be built. Instead of wasting all those resources on the Garuda, Mechagodzilla, and MOGUERA, the UNGCC should have just used all the metal from those projects and built a giant brick. It would be so massive that, when dropped onto Godzilla, it would just smoosh him like an overripe cantaloupe.
bleep bloop

^ That sounds more appropriate for The Monster X Strikes Back.

The Brick is the superweapon that should be built. Instead of wasting all those resources on the Garuda, Mechagodzilla, and MOGUERA, the UNGCC should have just used all the metal from those projects and built a giant brick. It would be so massive that, when dropped onto Godzilla, it would just smoosh him like an overripe cantaloupe.

How would you lift it?
Tokyo, a smoldering memorial to the unknown, an unknown which at this very moment still prevails and could at any time lash out with its terrible destruction anywhere else in the world.

They managed to figure out how to make SMG aerodynamic. They'll find a way.
bleep bloop

With balloons, and super strong sewing thread!
TK's only diehard RMA King Arthur series historian
"All you did was download the ROMs anyway! You can hardly call yourself a real fan!"

Of course! How could I have forgotten that classic science lesson that is King Kong vs. Godzilla?
Tokyo, a smoldering memorial to the unknown, an unknown which at this very moment still prevails and could at any time lash out with its terrible destruction anywhere else in the world.

You give it to some juvenile delinquints and tell them the kaiju is a window.
Kaiju are just like people- giant, radioactive people.

To reply to the original question, I have actually had this debate (internally of course).

I've always thought that Godzilla's power made mankind so desperate that when none of their weapons proved effective, they brainstormed what the most effective design would be. Some genius (or smartass) yelled out "Well Godzilla is pretty f'ing efficient, let's just make a better version of him!"

That's my story and I'm sticking to it.
Bagan sucks and he will never be in a Godzilla movie. Shutup.

Living Corpse wrote:I want more Super weapons like the X's and Garuda. Don't get me wrong, I like the mechs and cyborgs and still want to see more (hopefully new ones) but I'd also like to see more super weapons both old and new.

We had a few of those in the Millennium series, notably the Griffon, the Shirasagi and the Gotengo... and really only the last one left an impression on me.

It's hard to make a mech that will leave a lasting impression since it's generally just a vehicle. Super-X, Super-X2 and the Gotengo are rarities. So that's why, naturally, from a film making perspective a lot of the mech's are given more of a personality through the design.

Most of the times, this has at least some semi-logical reason why it was created that way even if it's clearly not the best use of resources, ala:

- Mechani-Kong was created from Dr. Who's fascination with King Kong from Nelson's research
- Mechagodzilla was intended to create as much damage as possible under the guise of Godzilla before the alien's presence was discovered

By the time the Heisei series rolls around, you have Mecha-King Ghidorah proving at least effective enough against Godzilla to disable him by dragging him out to sea... so when using his technology, the idea was likely to improve upon it in similar functions. So you have Garuda from the Super-X line of thought, and Mechagodzilla from the Mecha-King Ghidorah line of thought. After Mechagodzilla was able to kill Godzilla, if only temporarily, they have all the justification in the world to try and design more like it (ala Moguera).

TLDR version: there is a logical reason with some "no prize" thinking, but at the end of the day Mechagodzilla sells toys, Garuda doesn't.
If it bites... don't mess with it!

I think the only purpose for the mechs is because the people who made the movies wanted there to be giant robot monsters for them to fight, and since the fans like them they stuck with it.
"Greater love hath no man than this, that a man lay down his life for his friends. John 15:13"
Favorite Godzilla movies
Showa Mothra vs Godzilla| Heisei Godzilla vs Destroyer| Millenium Godzilla Final Wars

I haven't seen GvsMGII in a lot of years, so I don't really remember how effective the NT-20 armor was. Did it completely reflect the atomic ray's heat? Because if not, trying to use it on a tank or whatever wouldn't be very practical. A direct hit or two would probably bake the crew alive.

In any case, the armor wouldn't save a tank from being stepped on, crushed beneath a collapsing building, etc. A giant mech is capable of standing up to that kind of damage, too.

Apparently some people are still can't grasp the main purpose of something like Mechagodzilla or Moguera. The weapons they carry are created LARGE. Smaller ones don't work (Super X 2 anyone?). I'm not sure about it, but I heard somewhere that MG's first round of missles were cadmium(the upgraded version of the SX 1 missles). I guess Godzilla really got powerful at that point.

Now, with large scale weapons, you need large War Machines that can withstand an attack. The only thing custom about all this was the shape and outlook of the mech. I guess the way MechaKing Ghidorah was constructed, you would probably get technology to have something that can Walk, Fly and shoot shock cables and light shows. Guessing that MG's shape just matched with what was required and even than it was not a complete fit (His tail).

All that really seems out of place is the purpose of MG's hands, but I know that they are articulate so they must have had some function involving grappling of objects.
Last edited by Infinity on Sat Nov 24, 2012 9:44 pm, edited 1 time in total.

so were his statements in these instances:

It appears you are selective with who you go after LC. I personally wouldn't waste my energy trying to look for something offside or trivial to get critical over on each and every post of yours LC, so consider that before getting alarmed at these kinds of things in my posts. 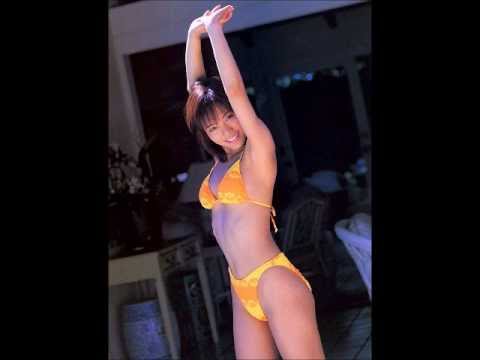 Really, 2 posts out of 2608? Attacking me using a mere two posts made 5-6 months ago for justification? If you got a problem with me... why the hell did you wait 5-6 months?

I don't really see your point. Am I suppose to notice a change in you from than to now? I don't think so.

Also I don't look at everything damn post you make so thats hugely irrelevant.

Lastly, I can wait for as long as I want. Maybe I didn't feel like it than or that the occasion for stating it now seemed so much more appropriate.

Who are YOU to tell me what I can do and when I should do it...

And if you're gonna go around digging for posts that make me look bad, try finding ones that weren't justifiable under the circumstances.

Get off your high horse you pompous Ass. I didn't dig for those posts. One of them was a directed at ME, and the only one from you throughout this forum's life span, at that. I was talking about a kaiju, and you suddenly went off about burning houses down with families in them. Kinda hard to forget.. Maybe I should have spoke my mind of what I was thinking at that moment, i.e "You Asshole".

The other one just happened to be one of your most nasty ass remarks in this forum, which by the way is NOT justifiable under any circumstances.


Seriously, behave yourself and you won't find me treating you like an idiot.

Good question...I always wondered that, why not base the Mecha's weapon systems around a tank or something like it...then I think of Tamura's answer...They do look cool...nuff said. I suppose.
Still, I do wonder why.
Also what Jag said makes sense.
Maybe because the mecha can be more agile?
"Just because you think you are a fan of something doesn't mean you have to be a bias prick about it." ಠ_ಠ
I guess I just enjoy things just to enjoy them...Nothing wrong with that, right? Isn't that what fans do?

Kiryu certainly had agility, but the original MG and Moguera moved in a stiff manner. All three, however, proved tougher than your conventional mecha, like the masers. Mechs last longer than a tank in a fight, and they can pack more weapons.

But the main reason is that they look cool on film.
Kaiju are just like people- giant, radioactive people.

It's SLIGHTLY off topic here but I remember some Kiryu manga where most of the toho kaiju like Varan, Gaira, Kumonga, Kamoebas, Gorosaurus, and I think many others were all mechs...

Users browsing this forum: No registered users and 7 guests